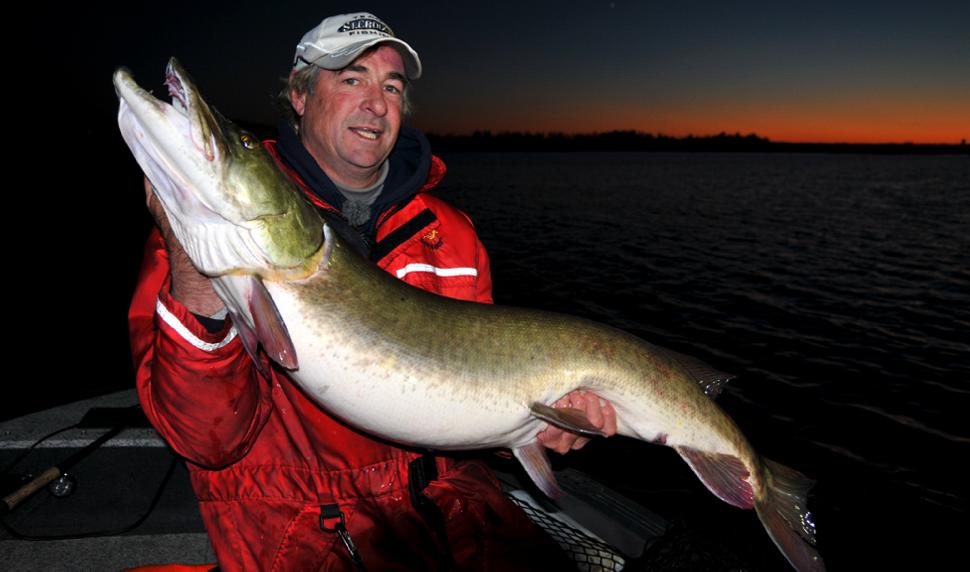 Find the forage, and you’ll find the fish

John, by the way, owns the Ottawa Muskie Factory, and every year guides his guests to some of the biggest toothy critters on the planet.  In the three days I spent fishing with him and Wally we landed four muskies, but the highlight of the trip was the gargantuan brute—easily 40-plus pounds, and maybe a whole lot more—that struck Wally’s soft plastic Pounder BullDawg  in pitch darkness as he executed a figure eight alongside the boat at the end of his cast.

The water exploded like a car being driven off the edge of a cliff, and then all hell broke loose.  But, that is a story for another time, because what I want to emphasize today, is the seemingly insignificant detail behind each and every one of the fish that we caught.

The secret was targeting massive schools of emerald shiners. 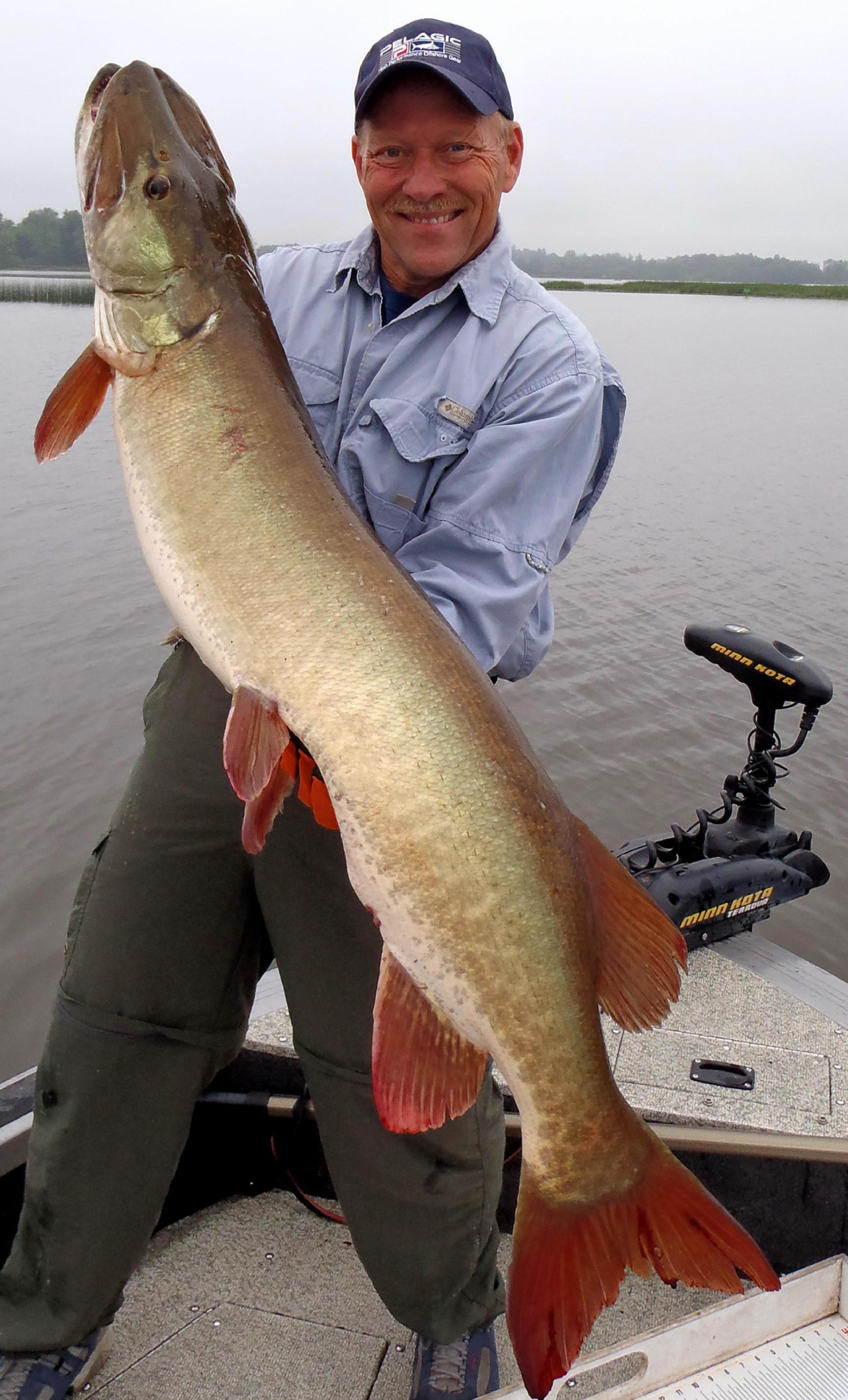 It wasn’t that the muskies were eating the shiners, but rather, all the other species—shad, mooneyes, walleyes, bass and small pike—that were feasting on the shiner smorgasbord.

In fact, one morning after we launched the boat, I spoke to a recreational angler who was sitting on a pail on one of the nearby finger docks, casting out a jig and minnow.  He told me the fishing was “pretty good”, while I watched him land a walleye and sauger in the two or three minutes that it took John to park the truck.

But, the angler had no idea about the reason behind his success.  It was the mother of all shiner schools dimpling the surface and swirling around the downstream tip of the adjacent finger dock, about fifty feet away.  The ball of bait was so large and thick that John immediately phoned a commercial bait fisherman friend to tell him to bring down his seine.

Something else I should emphasize: when we spotted the shiners while we were casting for muskies, we never rushed in, spooked them, put down or broke up the schools that we could see breaking the surface tension of the water.  Instead, we stayed a cast or more away and carefully dropped our baits around the outside extremities.

Ditto, the walleye angler on the dock, who never even realized that he was using the nearby ball of bait, like a flock of live ducks, decoying wild birds.

It is the subject of the following short Fish Talk With The Doc video segment that I recorded for the Fish ‘N Canada television show that discusses how successfully managing baitfish can be such an important part of your overall fishing success.