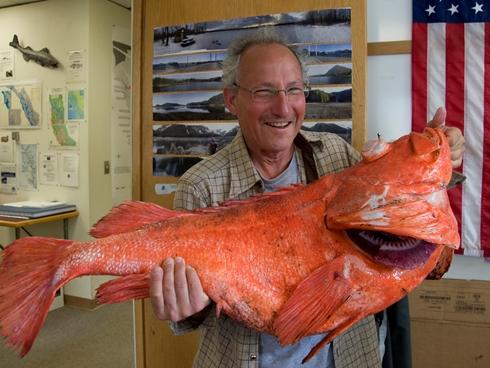 200-year-old Fish Caught Off the Coast of Alaska

A Seattle resident recently caught a record-breaking fish that’s garnering tons of attention, but not based on its size—this fish is making the news because of its age. It could be more than two centuries old.

According to ABC News, the rockfish caught off the coast of Alaska by Henry Liebman weighed a record-breaking 39.8 pounds. And there is a strong correlation between length, age and weight, says Troy Tydingco of the Alaska Department of Fish and Game. While most fish stop growing once they reach adulthood, rockfish continue to grow as they age.

A fish’s age can be determined by examining a bone that contains growth rings similar to those found in a tree trunk. Liebman’s catch has been estimated at approximately 200 years old, though scientists are currently analyzing the fish to determine its exact age.

Once the research is complete, Liebman plans to have the fish mounted, as he said it’s already proven to be a great conversation piece.

Editor’s Note: As it turns out, the fish wasn’t as old as first thought. Tests by Alaska Fish and Game Department biologists later determined that the rockfish was only 64 years old. The fish did, however, still break state records when it came to weight.