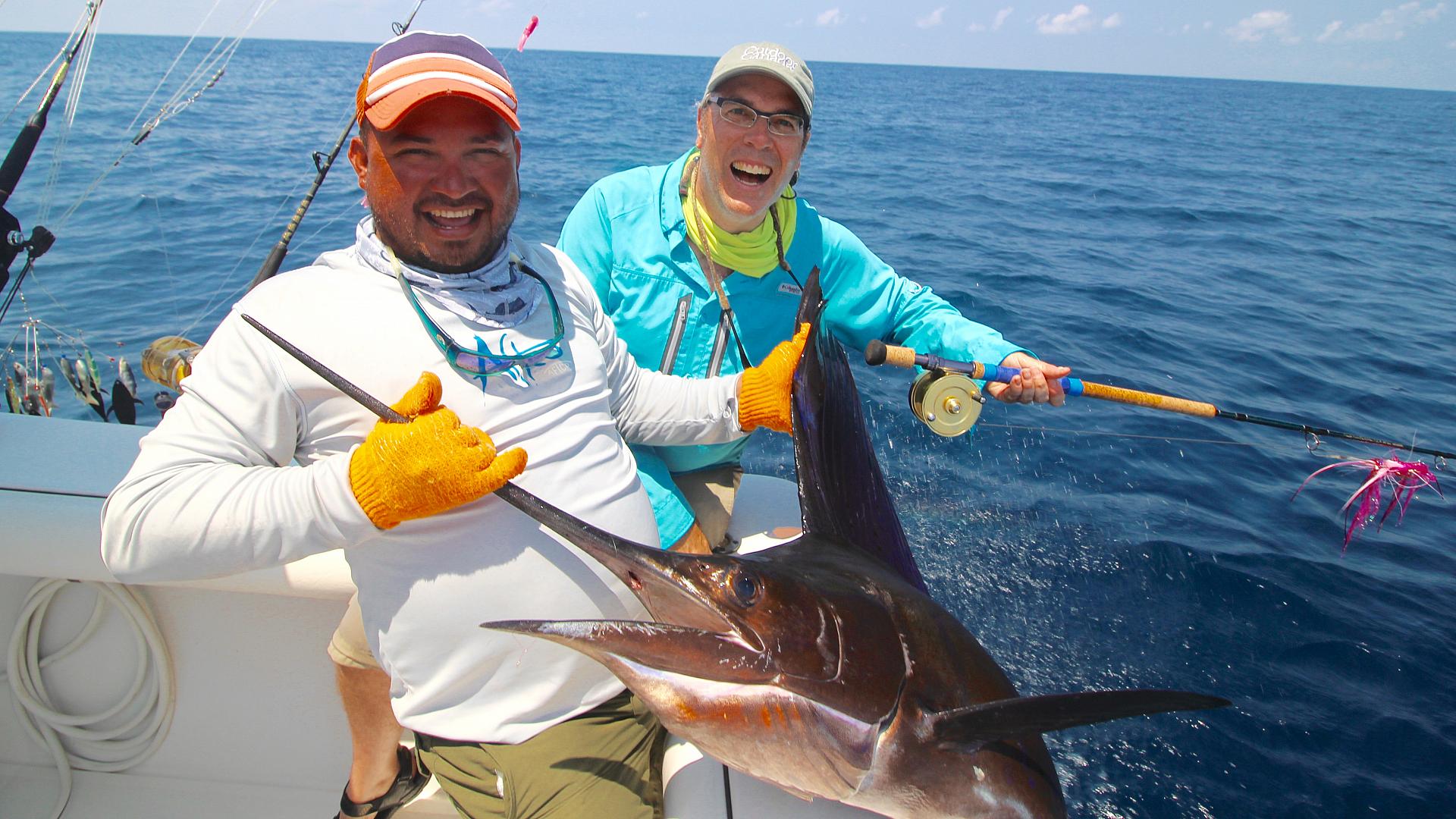 Guatemala is the #1 place in the world for Canadian anglers to catch a billfish. Here’s why

It’s got friendly folks, perfect weather and so many sailfish you can even land ’em on a fly rod 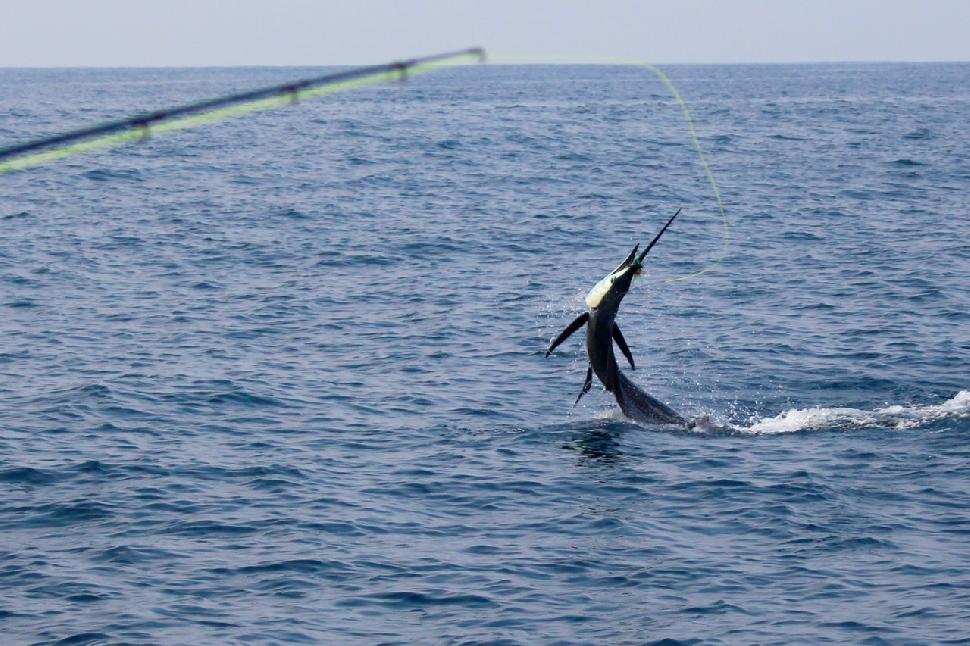 The most common and effective way to target sails (along with marlin and incidental dorado) is by trolling a spread of teasers and natural baits. The general commotion of the boat and baits attracts the sailfish, and once they’re “raised” to the spread, their  predatory instincts take over, and they look for a target—your lure.

I’ve never actually hooked a bolt of lighting, but I think it might be something like getting a sailfish on the line. I’ve jumped hundreds of trout and bass and even a few small tarpon, but seeing 80-plus pounds of fish come rocketing out of the water, just a few boat lengths away was awe-inspiring, not to mention the feeling of actually holding one (as I did above, with much help from Alex). All billfishing in Guatemala is catch-and-release, so perhaps even better, was watching that mighty beast swim back down into the depths, just seconds after this picture was taken.