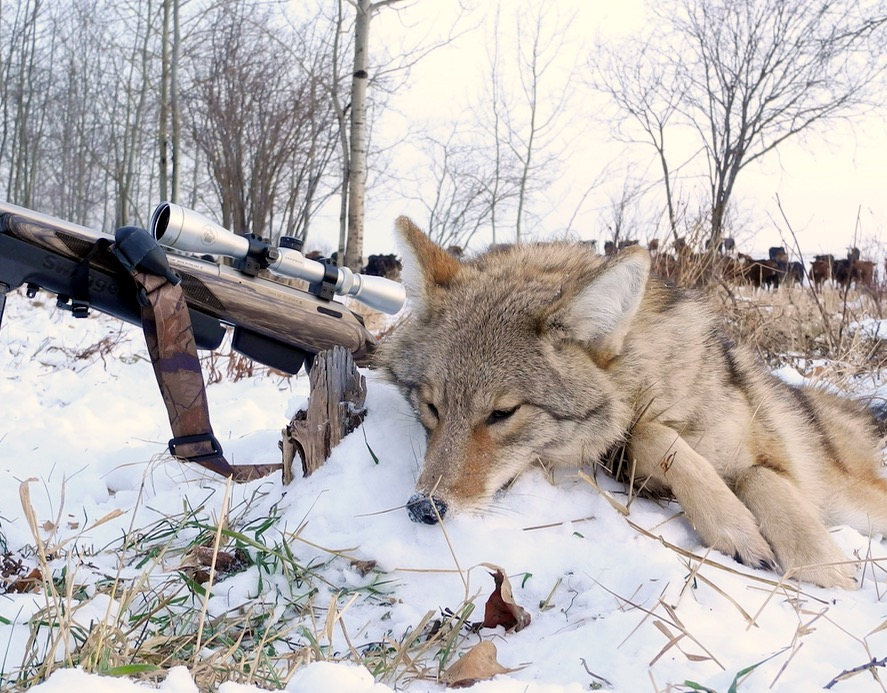 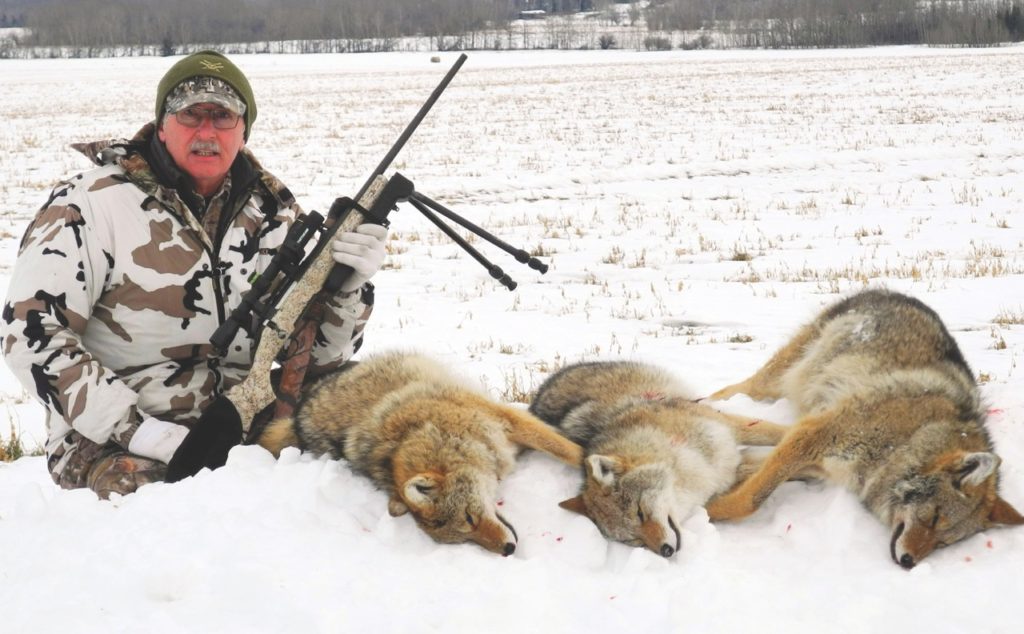 As darkness surrendered its grip with the arrival of legal light, I chambered a cartridge and started the wails of a dying rabbit with my mouth call. In quick response, a coyote popped out of the valley below me, followed by five more. With six coyotes inbound, my focus shifted to staying calm enough to shoot at least one. I let the lead coyote get as close as I dared, and when my shot took it down, the pack scattered as expected. One of the predators didn’t flee, however, remaining confused and immobile just long enough for me to reload and drop it into the snow, too.

More calling brought one of the skittish coyotes back for a look, and a 194-yard shot made it three out of six. A triple on coyotes is always a good morning, especially if you’re hunting on the edge of a cattle operation that had been invaded by coyotes, as I was. The landowner needed them thinned out, and I was happy to help—and make some money in the process (see “Prime pelt profits” on p. 4).

If you ignore calling basics, you might just as well use your $500 e-caller to play Johnny Cash tunes

That morning served to reinforce what I’ve learned after more than four decades of hunting coyotes. Namely, if you want to be consistently successful at calling predators, there’s a lot more involved than buying an e-caller and turning it on. Ignoring the basics of calling success—scouting, wind management and set-up location—will doom any hunter to failure, and a $500 e-caller might just as well be used to play Johnny Cash tunes.

[easy-tweet tweet=”There’s much more to successfully luring in wily #coyotes than simply making all the right sounds” user=”OutdoorCanadaW” hashtags=”hunting, predatorhunting,winterhunting”]