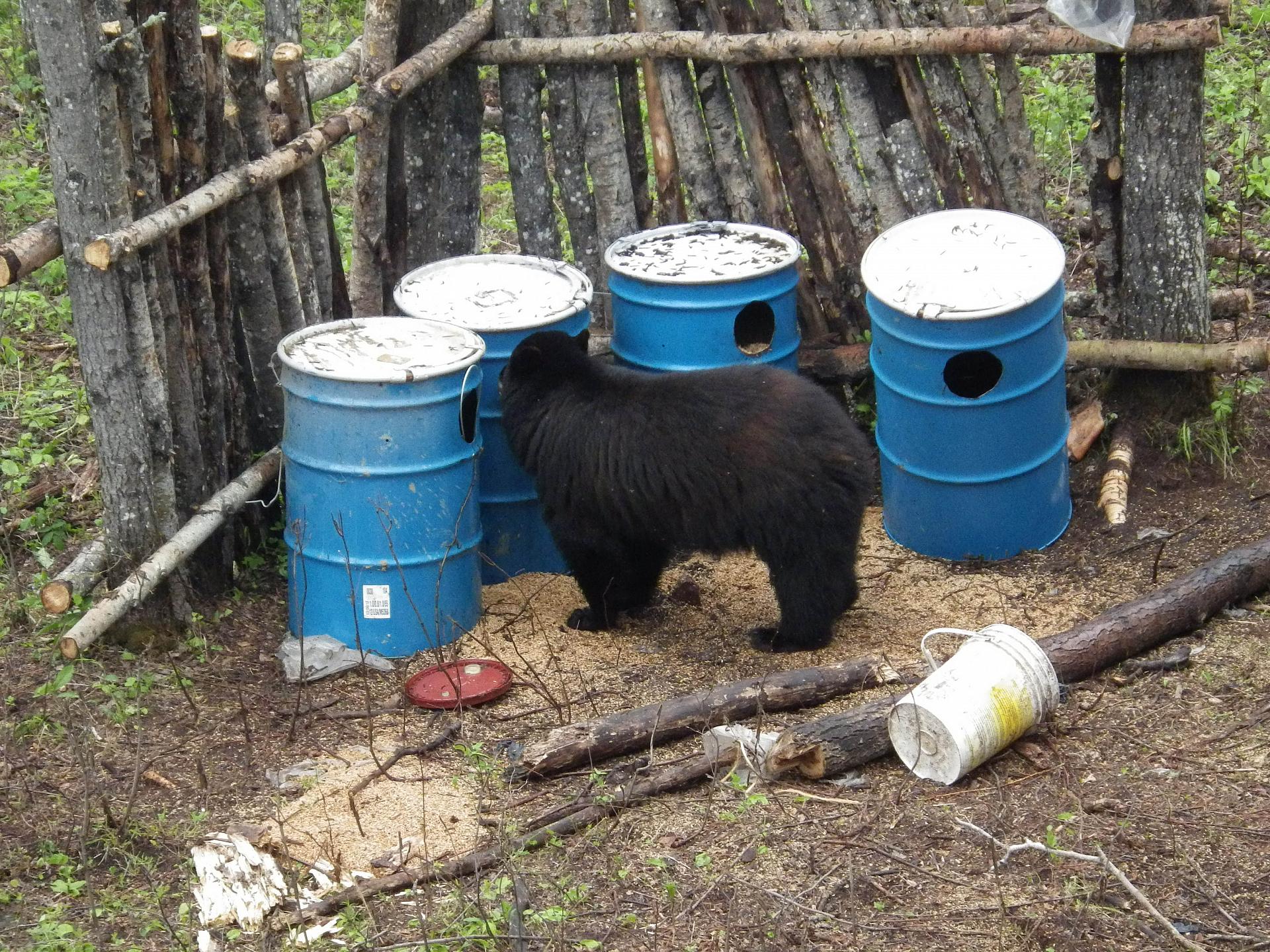 3 Steps for Arrowing a Baited Bruin

How to Arrow a Bruin Over Bait

To Harvest a Black Bear with Primitive Hunting Equipment Like a Crossbow, Preparation is Key

Few activities are as rewarding as observing wild bruins up close in their natural surroundings deep in the woods, and harvesting one with a crossbow. Many areas in Canada allow baiting for black bears during spring when they’re hungry, but it just isn’t as easy as piling up food and waiting. For instance, you need a good location with resident bears, a quality bait station and shooting set-up that promotes clean ethical shots.

Each bear that visits a bait is unique in size, personality and appetite.

Location is by far the most critical element. There’s no point in investing time, work, and money into locations that don’t have healthy bear populations. The goal of baiting is to attract bears from resident stable grounds, by using strong, appealing smells and copious calories. This turns them into predictable, returning eaters.

Once you’ve selected an area to hunt, your focus will now turn to finding promising bear habitat. Seek out low, cool grounds along river systems or marshes, and bordering abundant food sources such as planted cereal crops or patches of berries or clover. Look for trails alongside river systems in valleys and over ridges. Bears also like to live in low-lying marshy areas, assuming abundant food is nearby.

Beavers are a favorite food of bears, so targeting areas with beaver activity can produce excellent results for two reasons: one, the presence of beavers and two, because those areas tend to green up first, providing plant material to munch on. Establishing baits in areas where bears move naturally makes it that much easier to attract them into your bait station.

An optimal setup for a bait station is a sparsely treed area surrounded by thick, dense cover close to a natural travel corridor with ample food nearby. Woods like this allow bears to approach the bait feeling safe, and give you an opportunity to identify them and ready yourself before they’re packing on calories.

As for the actual bait station site, ensure you follow the regulations including distances from dwellings and roadways, and proper signage. Your bait container should be a 50-gallon barrel with a feeder hole or two. Lethal arrow shots require a good view of a broadside bear with its front leg forward. To accomplish this, build a crib or fence, and place your bait barrel against it. This forces the bear to approach from the side, and stick his front paw into the barrel, exposing his vitals for a clean, ethical kill shot. If you’re seeking six-foot bears, cut logs exactly that length, and place them around the bait barrel to compare the bear’s length. These small details require additional effort when setting up your bait station, but will pay dividends. They ensure you don’t have bears sneaking into the bait unexposed or stealing food and dashing back to cover, leaving you without a shooting opportunity. Barrels also provide excellent gauges for the bears size—when a bear’s back reaches the top of the barrel, it’s a mature animal.

Quality bait stations have a variety a food and force bears into a broadside position.

Set up your tree-stand or ground blind 20 to 25 metres away from your bait barrel, in the some dense bush that provides cover (this isn’t always possible). If you’re setting up a treestand, place it 16 to 20 feet high, preferably in a spruce tree. Spruce provides the best cover and background to blend in with—much better than poplar stands. For ground blinds, brush and blend them into surrounding natural habitat so they don’t look abnormal. With either method, ensure you clear any interference from your shooting lanes beforehand, right down to the smallest twigs or branches. It’s a delicate balance between cover and being able to see approaching bears, but keep enough to not skyline yourself or look like a foreign treed object.

Setting up the shooter on the downwind side of the bait is also important, since bears have an unbelievable sense of smell, and can easily detect human odours. Using scent-eliminating products on yourself and your clothes will help immensely, along with cover scent to disguise yourself. Another set-up detail that’s often overlooked is ensuring safe entry and retreat from the shooting position without passing by the bait barrel. Hunters on baits will sit until nearly 11 PM during the spring evenings, so you must be able to move safely in near-darkness.

Bears approaching head on offer no shooting opportunities for the crossbow hunter.

To summarize, start with an area known for high bear population and hone in on quality living quarters and travel corridors. Once you’ve selected an area, properly set up one or many 50 gallon barrels full of smelly, calorie-rich food to attract bears. And ensure your shooting location is concealed and safe. Following these key elements will up your odds of getting a quality, ethical shooting opportunity on a big bruin.