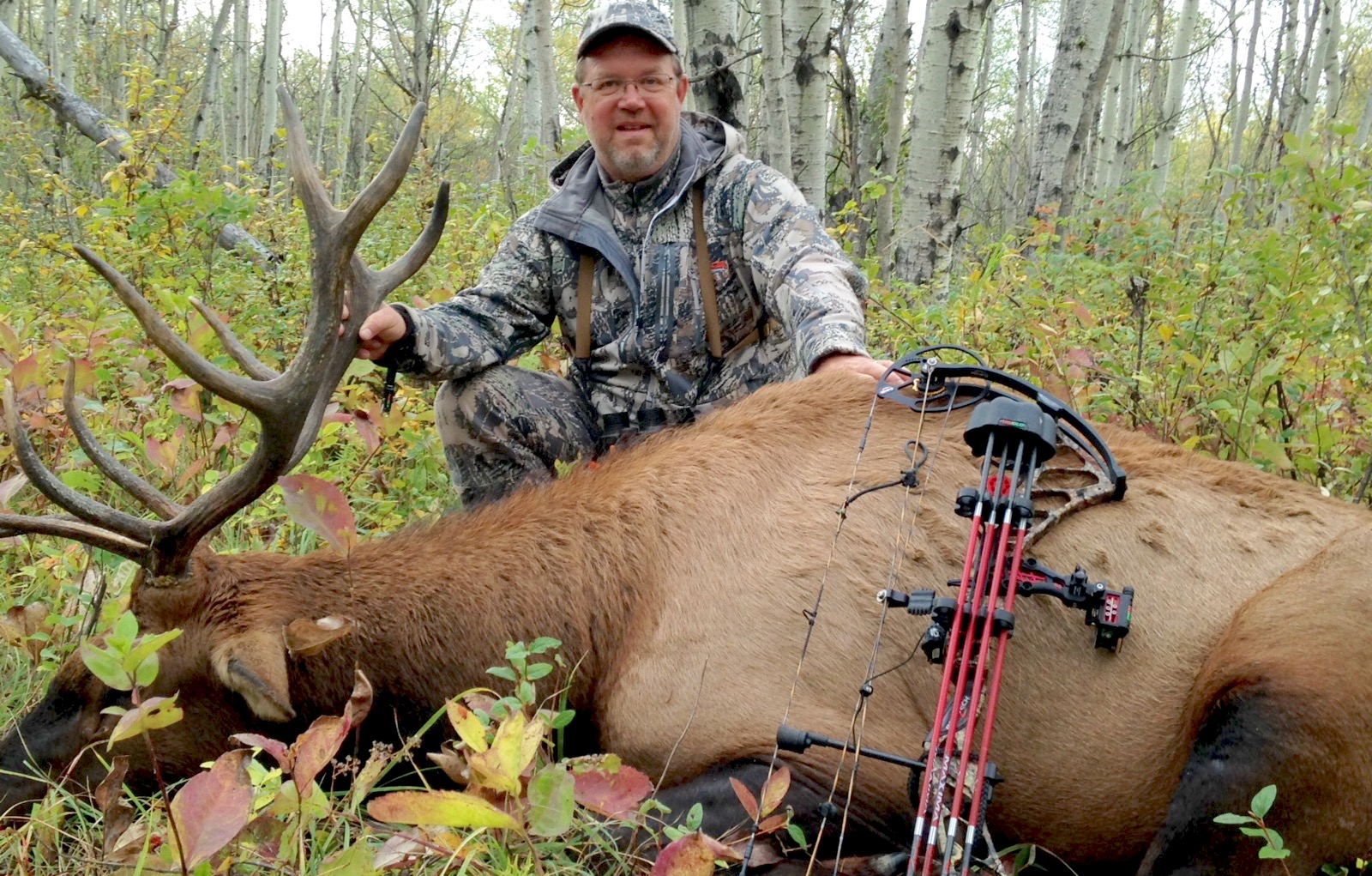 By the time summer draws to an end, most bowhunters are itching to get back into the woods, having been practising shots and tinkering with their bow for months. Thankfully, some Western provinces offer an early-season elk hunt for primed archers raring to go. Late summer is a transition period for elk, so herd dynamics—where they’re feeding, travelling and bedding—is all part of the puzzle you have to figure out to be successful. Here’s how to put a plan together.

Bulls often get ramped up for the rut by the beginning of September. Elk are vocal throughout the year, but bulls start to build and guard harems in late August, and their excitement makes them vulnerable, especially if you’ve perfected your calling skills. Cows can also often be harvested in many jurisdictions, and they’re also curious in the early season, checking out bugles and paying attention to bulls.

The earliest I’ve ever had a bull come to a call was August 28. He was alone feeding next to a pipeline, and I snuck to within 150 metres of him and cow-called, making like a group of anxious ladies coming through the trees. The bull kicked up his heels and ran the distance between us in a matter of seconds. I put an arrow through his vitals at 30 metres, and watched him crash to the ground seconds later.

In comparison, I once had a big bull screaming mad when I called to mimic a herd of cows with a young bull. I couldn’t get him to stick his nose out of the cover, however, and it bothered me. So, the next day I went to investigate. My answer lay on the tree and ground where the bull had stood—he was still shedding the velvet from his antlers, meaning he wasn’t going to engage in a fight.

Whenever you hunt elk, you need to keep your nose into the wind. A herd will bust you every time if you don’t follow that golden rule. Even when elk are coming to a call, make sure you position yourself to cut them off, as they will try to circle downwind. With that in mind, hunting in pairs is an ideal way to cover both the front and back doors, making sure a sly old bull doesn’t bust you. The good news in the early season is that the elk haven’t been pressured yet, although they still know the game from previous years.

The warmer temperatures in the early season will push elk into the cool shelter of well-protected thick cover. When they bed for the day, for example, elk will often find a dark hole in heavy spruce forest with a cool, moist understorey. They’ll also bed on the backside of hills or on valley walls where the sun can’t find them. In short, go where the elk want to be and your odds of success increase.

Warm weather also means elk need to drink. Like domestic livestock, they often water before bedding down in the morning and when they get up in the late afternoon. A good place to set up, therefore, is downwind of access trails to a regular watering hole.

The early season also lines up with the ripening of high-protein food sources; agricultural field edges often have highways pounded into the ground by marauding elk. Hunting big fields can be difficult for bowhunters, but if you focus on the prime food sources, mind the wind direction and figure out where the bulls are moving between their bedding areas and groceries, you can set up in an ideal position. And knowing that elk use game trails within cover during daylight hours also makes it easier to find them during legal shooting light.

If all else fails, start covering ground. Get off the open, human-made cutlines and the like and creep along the trails that elk have worn down to bare soil. Call regularly and watch your back trail. Some bulls will be silent, since they have yet to figure out where they fit in the pecking order and don’t want to get beat up. When they do show up, however, just make sure you’re ready.