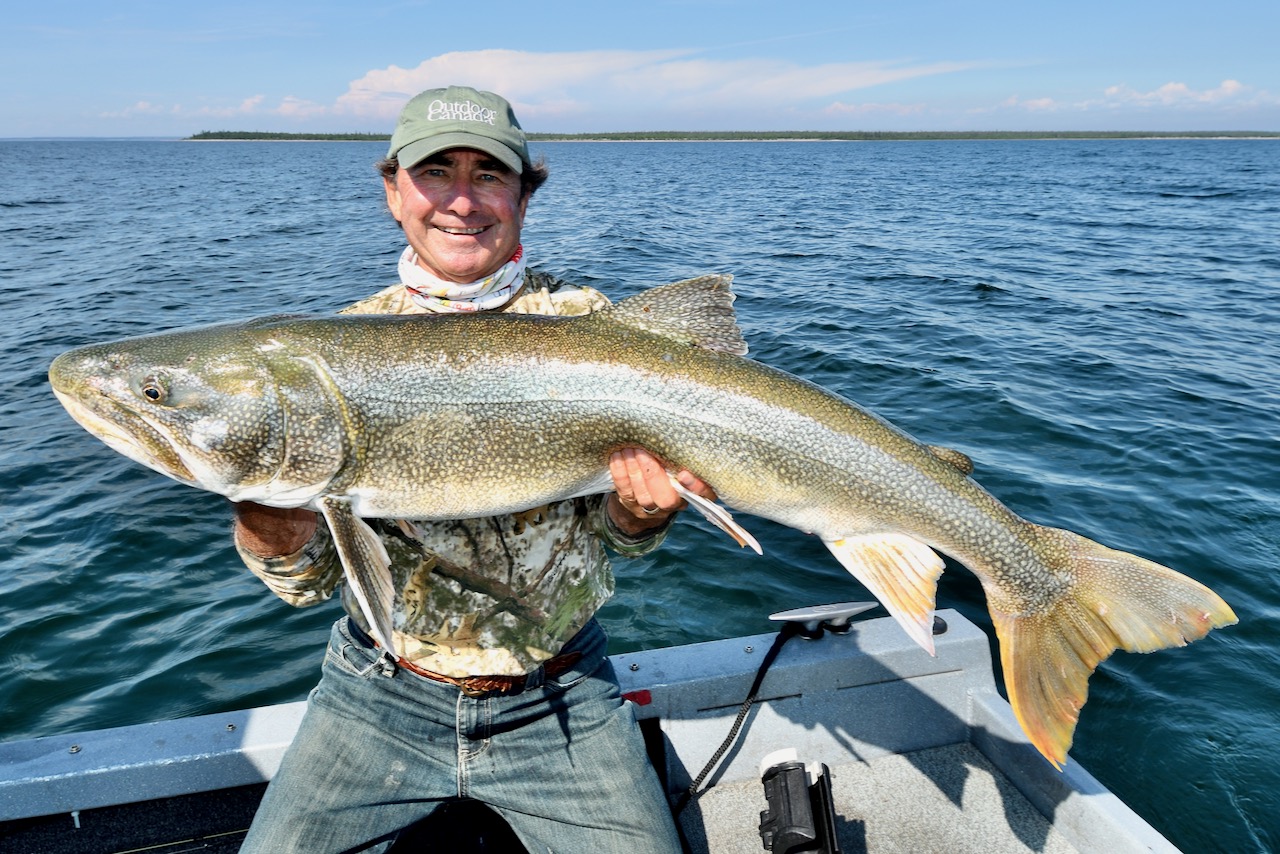 #31 Vertically jigging for giant lake trout is deadly, but don’t use a heavy-action rod. Lakers buck like broncos and heavy-action rods recover too quickly. That throws slack line into the equation, letting the trout shake the hook. Medium-heavy is a much better option.

#32 The best points to catch trout are the most complex, offering a variety of cover options such as weeds, reeds, fallen trees and boulders where trout can hide and ambush prey. The other ingredient is quick access to deep water.

#33 Hold out your hand and make a peace sign. Imagine your two fingers represent two underwater points that everyone and his brother fishes, while the area in-between represents the inside turn. That’s where you want to fish. Points are good, but the inside turn is often three or four times better.

#34 Nothing increases your odds of hooking more trout than adding a piece of night crawler to your offering. I think it’s the scent, but a piece of nightcrawler on your Muddler Minnow or in-line spinner just makes it that much more effective.

#35 When I’m vertical jigging for trout, I never take my eyes off my sonar screen. If I see a fish shoot in and chase my bait, I reel slightly faster instead of stopping the retrieve. It’s a total trout turn on.

#36 Trout rivers are typically clear, but they cloud up after inclement weather. When that happens and the water becomes dark, use larger offerings. If the water’s crystal clear, however, stick with a single egg, bead or yarn fly the size of your baby fingernail.

#37 In lakes that stratify, the thermocline separating the warm upper layer from the cold bottom layer is party central for trout. That’s where the soft-rayed, silvery, protein-packed pelagic trout foods such as smelt, alewives, Kokanee salmon, whitefish and ciscoes flourish.

#38 In the spring, attach your favourite minnow-imitating streamer to a 100-foot, six- to eight-pound leader and full-sinking fly line (8- or 9-weight). Let out all but two or three wraps, then paddle or slowly troll slowly along the shoreline. No casting is involved. Just hold on tight.

#39 While they’re typically not successful at it, brookies, browns and splake will still try to spawn during fall in stocked lakes. They’re also highly protective when you find them along cover-laden shorelines—behaviours you can take advantage of.

#40 I learned how to “polaroid” for wild brown trout in Tasmania by stealthily walking along the shoreline and scanning the water with quality polarized sunglasses. To be successful, only cast when you spot a fish, then watch it rise up and eat your fly. It’s such an exciting technique.