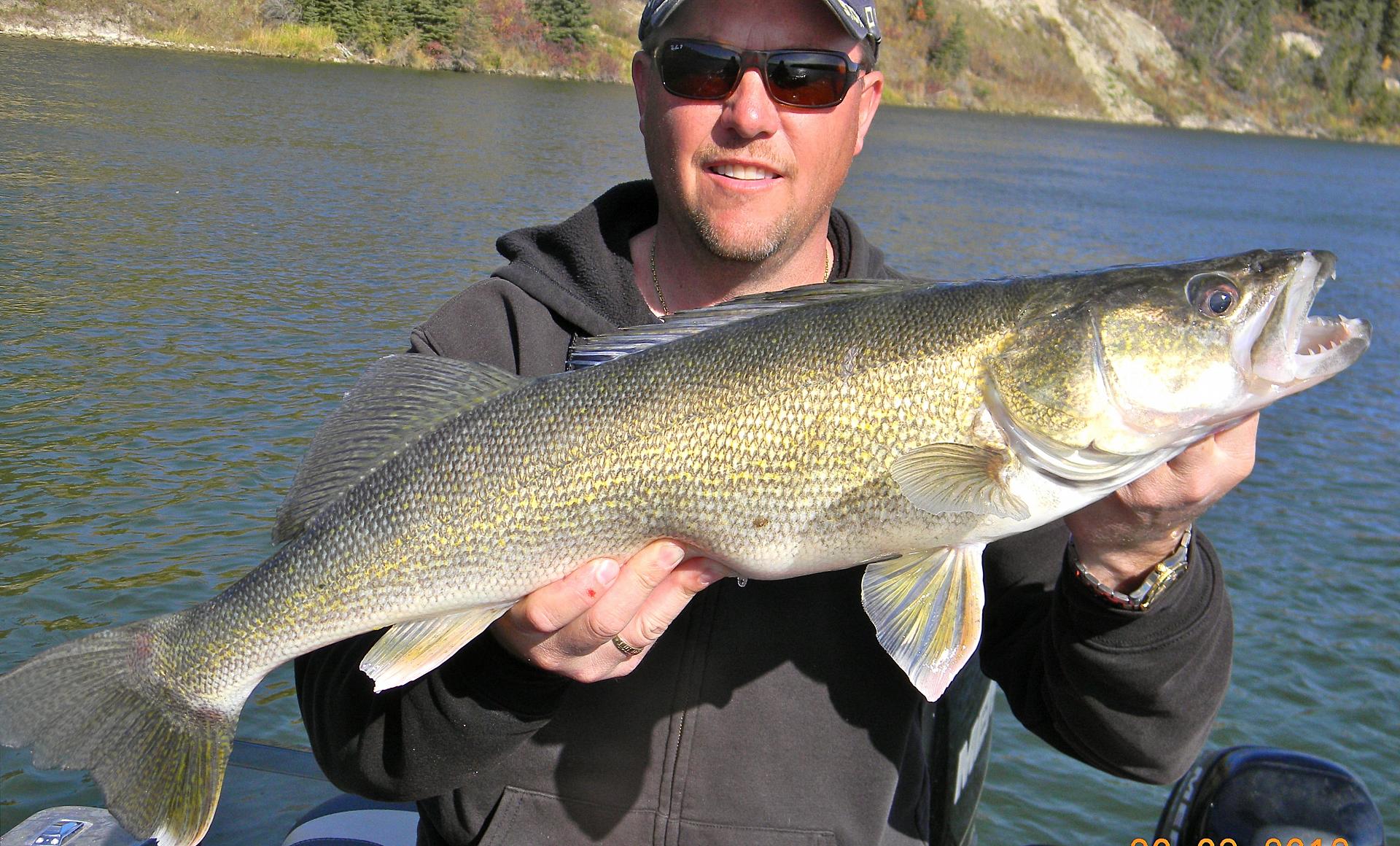 A tournament angler since 1992, 44-year-old Ron Fibke (above, right) has also been the president of Edmonton-based Western Canadian Walleye Trail for three years. With this experience on both sides of the weigh-in, he knows first-hand what it takes to catch big fish and take home hardware. Last year, for example, he and his tournament partner, Mark Filewich, won the WCWT’s 2015 Team of the Year. And collectively, they’ve won close to $100,000 over the past three years. We asked Fibke to share his winning advice for putting more walleye in the boat.

Many anglers, especially in a time-pressed tournament situation, try to quickly cover as much water as they can to find fish. While running and gunning has its time and place, Fibke advocates a slower approach. “Everybody likes to run bottom bouncers, to run-and-gun,” he says, “but sometimes you need to dissect little rock piles.” During one tournament last year, for example, Fibke concentrated on different rock piles, going over them very slowly and dropping jigs. The result? Four big fish that put him within ounces of a $50,000 paycheque.

It’s human nature to stay with what you know, but Fibke says getting out of your comfort zone is necessary if you want to catch walleye at different times of the day, on different lakes and during different seasons. You may be an expert Lindy rig angler, for example, but if that’s all you do and know, your hands are tied if fish are suspended and chasing crankbaits. Therefore, you have to play to your strengths, but also work on your weaknesses. The bigger your bag of tricks, he says, the more versatile you become.

Being able to fish in wind and current is crucial, Fibke says. “Remember that when plankton get pushed up onto one shore with the wind, baitfish will follow, then perch and finally walleye,” he says. “If it’s windy, and the water’s stirred up, the walleye feel the baitfish flailing in the water, so put on a big bait with some vibrations.” Likewise, walleye thrive in current, so if you can find and know how to fish those areas, you’ll catch active fish.

If you catch a fish on a flat, don’t bother making a waypoint because it’s unlikely more walleye will be holding there, Fibke says. “Instead, the best thing to do is find and mark transition lines,” he says. For example, look for variations from rock to rubble to sand. “Mark the rocks, then start going over them, because fish are going to relate to that type of structure.”

To help ensure the future of a fishery, you must handle the fish properly, Fibke says. “Non-tournament anglers think we’re fish butchers, that we go in there and kill the lake, but by no means is that even close to the truth,” he says. “We take care of these fish as if they were God. We don’t handle them. If you’re fishing a $50,000 or $100,000 tournament, you’re not going to be putting your hand in the gills.” Not surprisingly, then, all four tournaments in the WCWT series are barbless-hook only, and all but one are live release.

Learn more about the Western Canadian Walleye Trail at www.walleyetrail.ca.