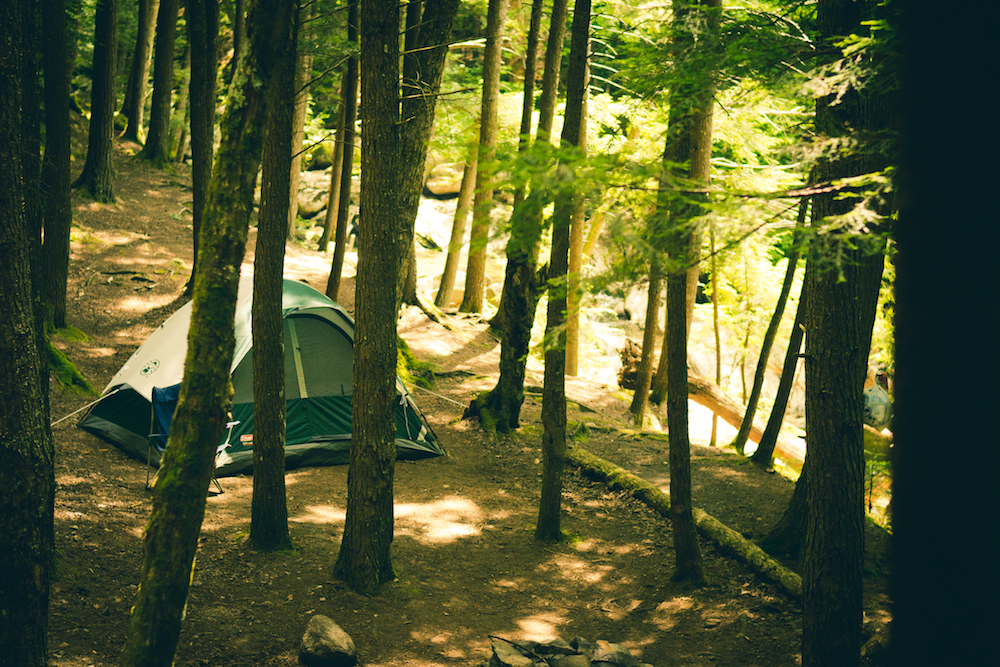 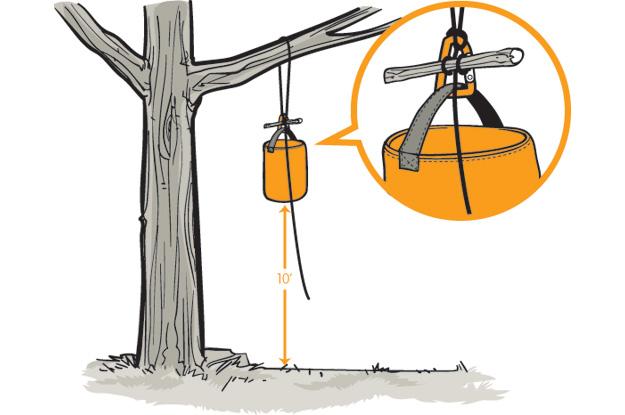 Never leave camp food within reach of bears. Tie a bowline (see previous tip) on a 40-foot length of rope, attach a carabiner and throw the rope over a 15- to 20-foot-high branch. Lower the carabiner, clip it to your food bag and pull the rope’s loose end through the carabiner, raising the bag to the branch. Next, reach up and tie a stout twig to the rope using a clove hitch; release the rope and the bag will drop, stopping at the twig about 10 feet above the ground. —Bob Sexton 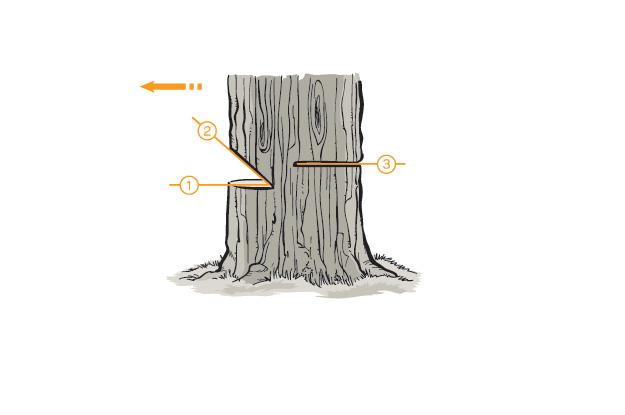 To fell a tree with a bowsaw, cut horizontally one-third of the way through the trunk, then make a second cut at 45 degrees to carve out a wedge. On the opposite side, start sawing midway between the first two cuts. A third of the way through, stop and insert a knife as a shim, continue sawing until the tree leans, then stand clear. —Ryan Shervill

Cook Better Over a Fire 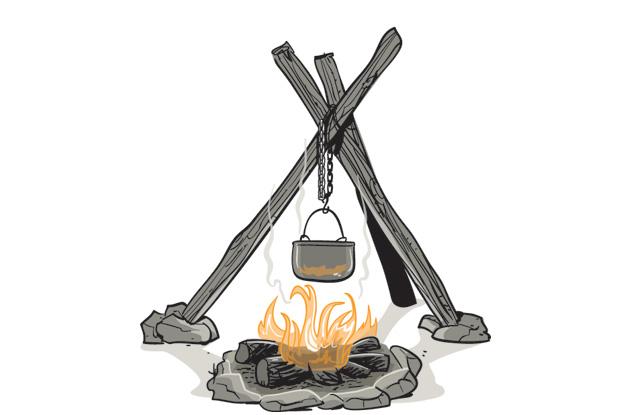 Say goodbye to shifting grills and spilled dinners by building a log tripod to hang your pots over the fire instead. Using an S-hook, simply attach your cooking pot handle to a chain hanging from the tripod, moving it up or down the links depending on how close you want it to the heat. —Brad Fenson 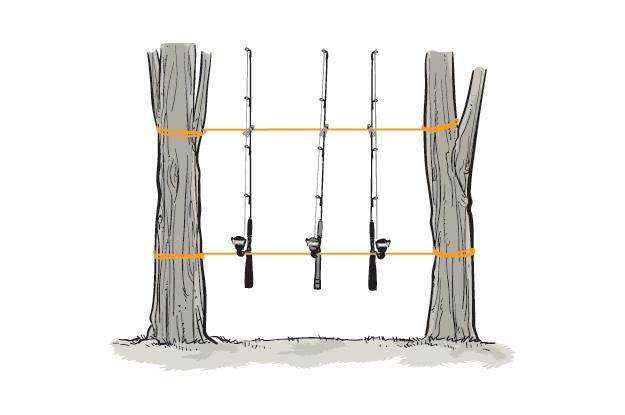 When camping, keep your rods rigged and at the ready with a makeshift rack—lengths of rope tied between two trees, one about waist high and the other three feet above that. Hang the foot of the reel on the lower line, and lean the tip against the upper line. —Scott Gardner

Save Your Axe Handle 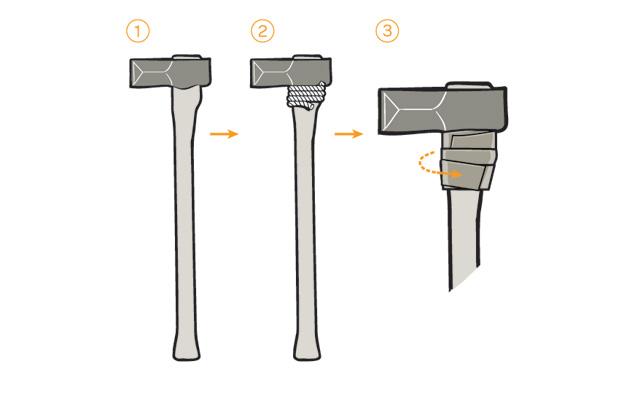 Have you ever split your axe handle after slamming it into a log? To prevent this, wrap 1/4-inch nylon rope around the shaft beneath the axe head, covering about four inches, and seal it with duct tape. This will act as a shock absorber the next time your aim isn’t true. —Brad Fenson 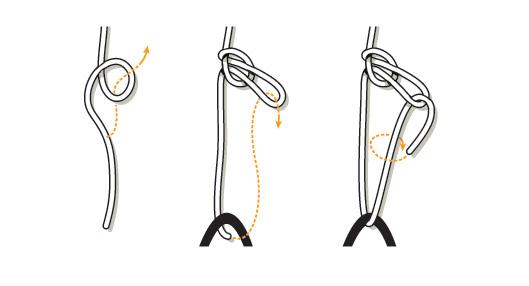 Use a trucker’s hitch any time you need to cinch something down, such as the bow of a cartopper. Tie one end of a rope to the load, then make a loop with a slippery half hitch about midway between the load and an anchor point. Wrap the rope around the anchor point and feed the free end through the loop. Using the loop as a pulley, pull down with the free end. The more you pull, the tighter the knot gets. To secure it, pinch the loop and tie two half hitches around one or both lines. —Bob Sexton 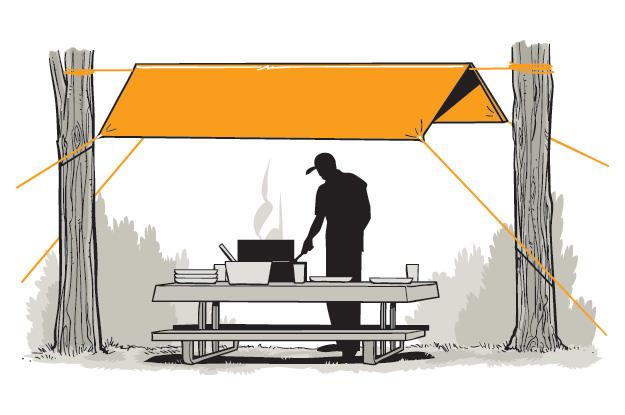 The next time you erect a tarp shelter, do away with the wobbly centre pole and use a versatile ridgeline instead. Just tie a rope between two trees as high as you can reach, then drape a tarp overtop. This allows you to create either a peaked tent shape or a one-sided lean-to. —Scott Gardner 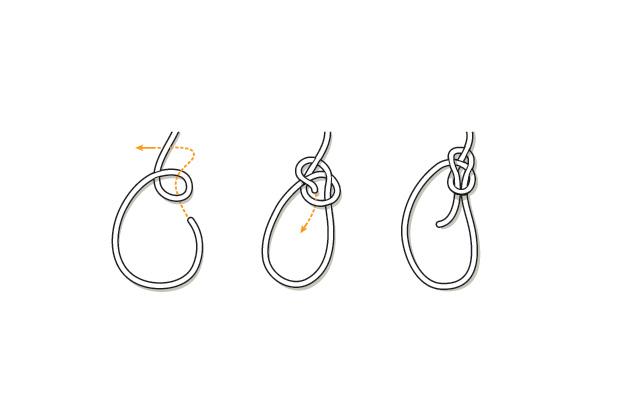 Get Water from Wood 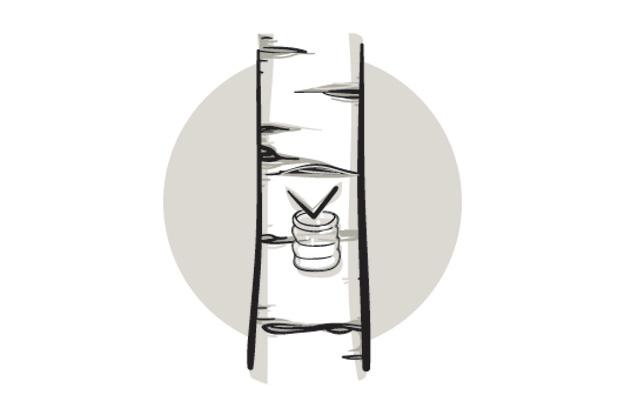 I learned this trick from the Canadian Rangers during training exercises. Cut a V-shaped notch in a birch tree, then cut the top off a plastic water bottle and wedge the bottom into the notch. In about an hour, you’ll have a cup of pure, tree-filtered water free of parasites, such as giardia. —Mark Anderson