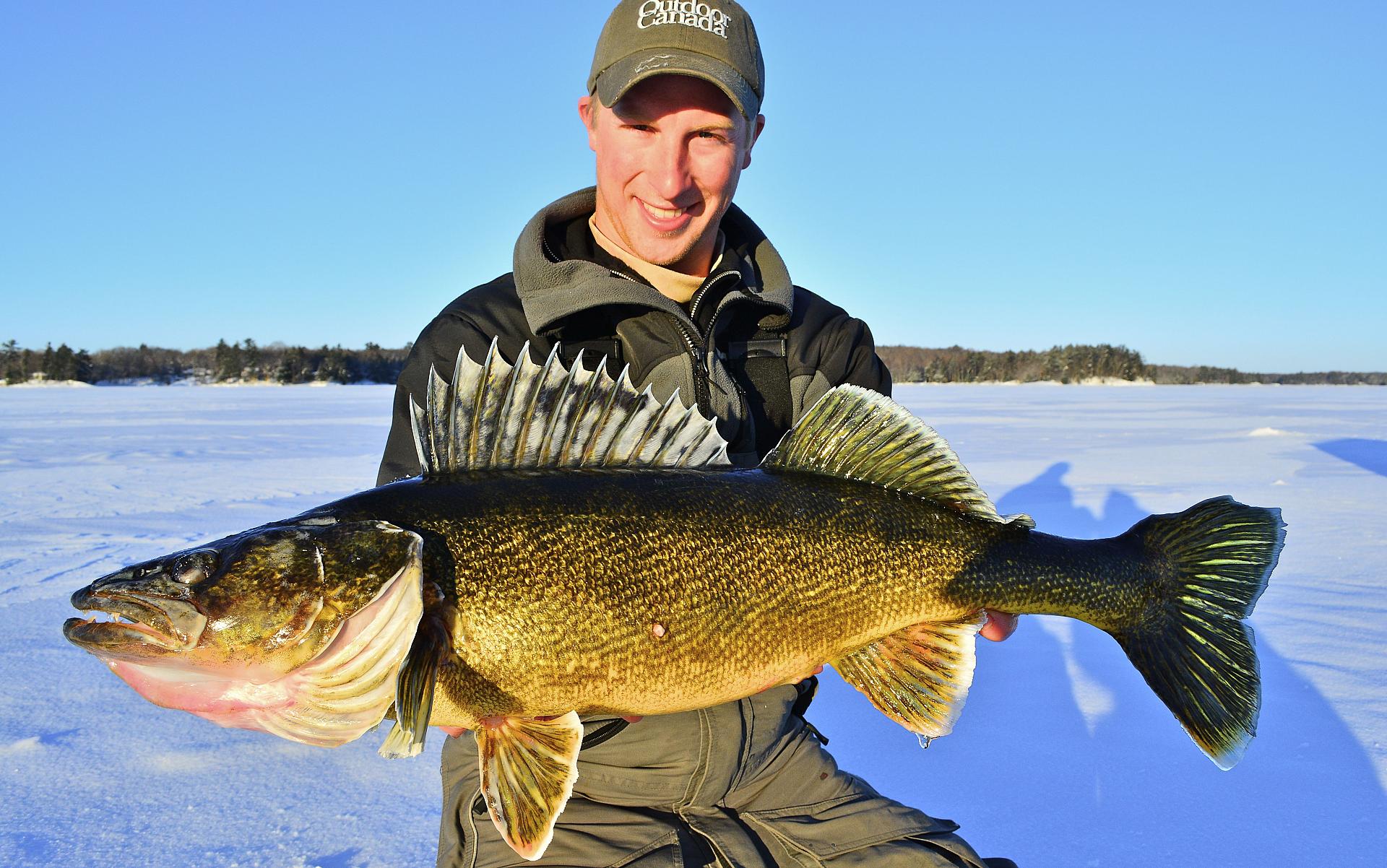 The secret to icing reluctant walleyes

Playing hard to get: Walleye

Are they biting light? Turn ’em on with these teasing tactics

Since walleye are the largest North American member of the perch family, you’d think you could fire up a school by using the same teasing tactics that work on yellow perch, but that’s rarely the case. Maybe it’s because perch are more gregarious and huddle together in greater numbers, so their competitive instincts are that more intense. Or it could be that yellow perch just aren’t the brightest bulbs on the Christmas tree. I suspect it’s a blend of the two.

That said, I will use the same larger lures for walleye that I use for aggressive perch: W3 Jigging Raps and W30 Wablers (but tipped with minnow heads) and ¼-ounce Freedom Minnows. I’ll also use a fluorescent orange or chartreuse/orange ¼-ounce ReelBait Flasher Jig tipped with a lively minnow, and a lipless crankbait such as the Kamooki Smartfish (below), LiveTarget Shad or Rapala Rippin’ Rap.

When I can’t see any walleye on the sonar screen, I’ll drop one of these baits to within a foot or two of the bottom and pause for 10 seconds. Then I’ll pop it up briskly and pause for another 10 seconds before letting it fall back down to repeat the process.

The thing you always have to remember when ice fishing for walleye is that your presentation consists of two very distinct phases: attraction and triggering. You jig your lure to attract the fish, then trigger them into biting by teasing them.

The problem is, you can never count on walleye to do anything consistently. Sometimes when you’re lifting and shaking your lure as if you’ve had too much coffee, one fish will rush in and smack it without hesitation. But then two minutes later, you’ll have to tease the next fish forever to entice a bite.

The solution here is to give the fish a choice of two side-by-side options. To do this, I drill a line of three holes, spaced only a foot or two apart. I drop my transducer down the centre hole, and in one of the side holes I set up an extremely light-tipped deadstick rod, baited with a 1/8- to 3/16-ounce jig and lively minnow. Then I actively jig in the third hole.

This technique breaks down the attracting and triggering phases of your presentation, offering them in separate holes, while you monitor the activity on your sonar screen. When it all comes together, you often nail the first couple of fish while briskly jigging your lure and teasing it away from them. Then the next two or three walleye will typically scurry over and sideswipe the minnow pinned to the light jig in the neighbouring hole.

And be sure to use a large, lively minnow, sliding the jig hook just under the skin near its dorsal fin so the point is toward the head. That way, the minnow can slightly overpower the light jig, swim around until it tires, then get dragged back down beneath your hole. This wounded-minnow action is irresistible to walleye.