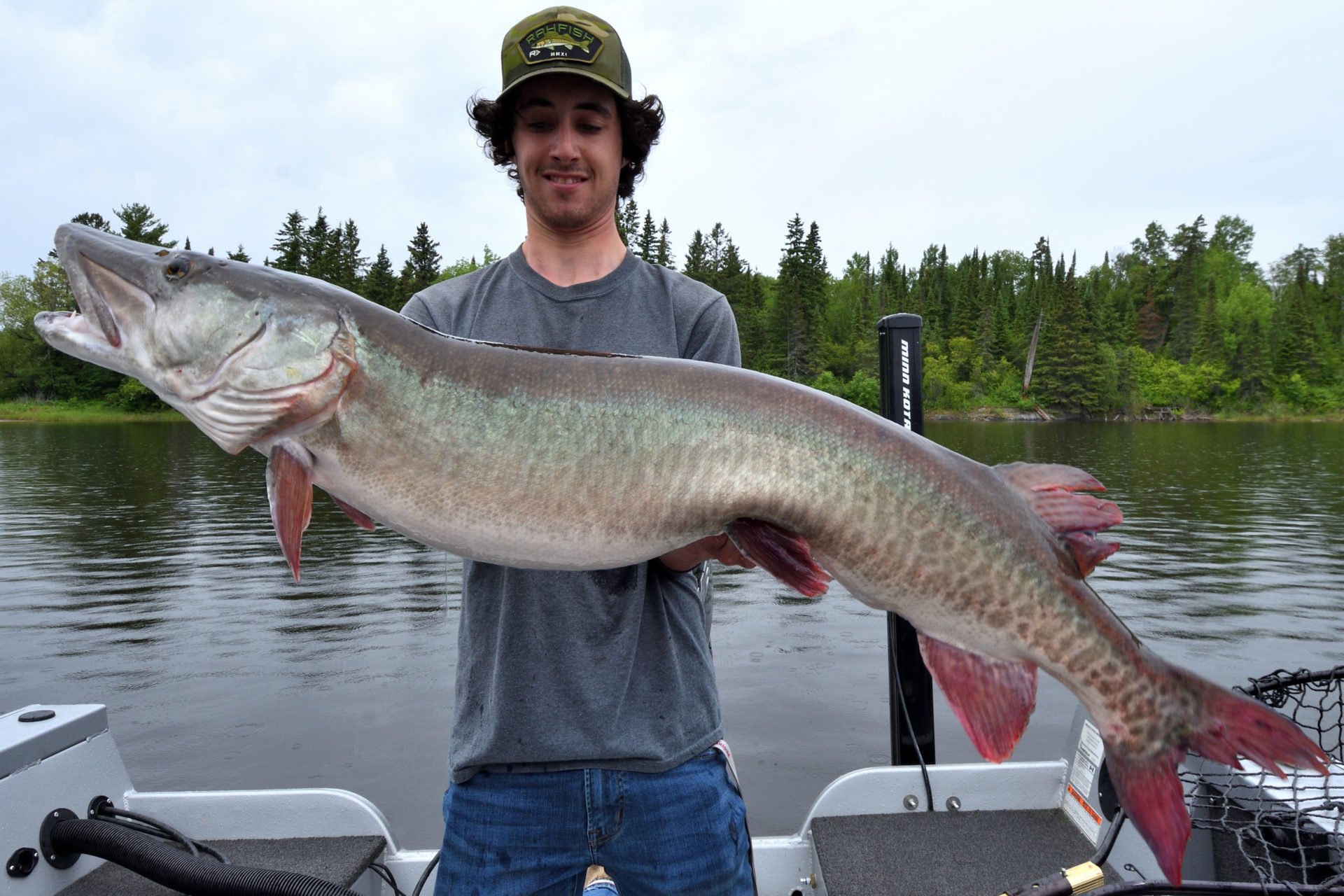 A muskie mystery: Why don’t the biggest fish move around more?

Muskies are scarce at the best of times, but why don't they spread out more in lakes and rivers?

The more we learn about these wonderful fish, the less we seem to know

There is still much we don’t know about muskellunge, even though some of the brightest minds in science have tracked and studied the ultra-scarce behemoths for years.  One of the biggest mysteries is how the big toothy critters space themselves out and social distance, share habitat and food resources and colonize the different parts of the lakes, rivers and reservoirs within which we find them.

Massive Lac Seul in Northwestern Ontario is a great case in point.  Home to one of the genetically fastest growing populations of self-sustaining muskies, the epicentre is focused around the Root River in the northeastern corner of the reservoir.  Which raises the question: despite living there since the last Ice Age, why haven’t the fish spread out and colonized the western end of the lake, where they are caught infrequently at best?

“We see the same thing in the Ottawa River,” says Dr. Sean Landsman, whose Project Noble Beast advanced our understanding of muskellunge behaviour exponentially.  “Muskies are present in the central part of the river, around Arnprior, but not in any great numbers upstream, where there are miles of water that looks to be identical.  Online, folks report catching them and often say things like, ‘They’re there if you know where to look for them.’  But why there aren’t more, such that it would produce a thriving population conducive to lots of angling is a mystery.”

Renowned esocid specialist Dr. John Casselman, who was the Senior Research Scientist with the Ontario Ministry of Natural Resources, and who lead the monumental Muskie Cliethrum Project, wonders the same thing. “The long and the short of it is that muskellunge know something about these locations that we don’t,” he says. “There is probably a very complicated ecological relationship that is driven by many factors and interactions.  At the top of the list, I would put spawning locations and available prey, with some interplay of territoriality.

“Muskellunge, generally, are not great movers. Their summer habitat is usually not far from their spawning and nursery areas, and when they do move, it’s usually an indication of following available prey. The best example of this is the fall migration of muskellunge up the St. Lawrence River into eastern Lake Ontario, where they follow alewife migrating back into the lake for the winter. Interestingly, though, in the spring they move back again to their spawning habitats in the river.  They show strong fidelity to spawning locations, and I somehow suspect that this is a factor controlling their abundance.

“I also don’t think muskellunge are very tolerant of each other. This is not surprising, given that they have large prey demands. So for all intents and purposes, the habitats may appear to us to be superficially similar, but there are probably many overriding factors.”

Amazingly, according to Casselman, upon whom the American Fisheries Society bestowed its prestigious Award of Merit for a lifetime of world-class research, muskellunge spawning areas are typically used by a frighteningly few fish.  And spawning success is abysmal at the best of times with typically greater than 99 per cent mortality.  If, for some reason, the number of mature adults is reduced, by poor catch and release handling, for example, or a change in habitat, Casselman says the fish can quickly disappear.

“I think fish, in general, are far more sensitive to habitat than we’ve given them credit for,” says Casselman.  “Muskies are extremely territorial and this can be to their disadvantage if numbers are reduced or conditions change ever so slightly.  How they would recolonize is an interesting question.”

Seems the more we learn about the noble beast, the less we know.