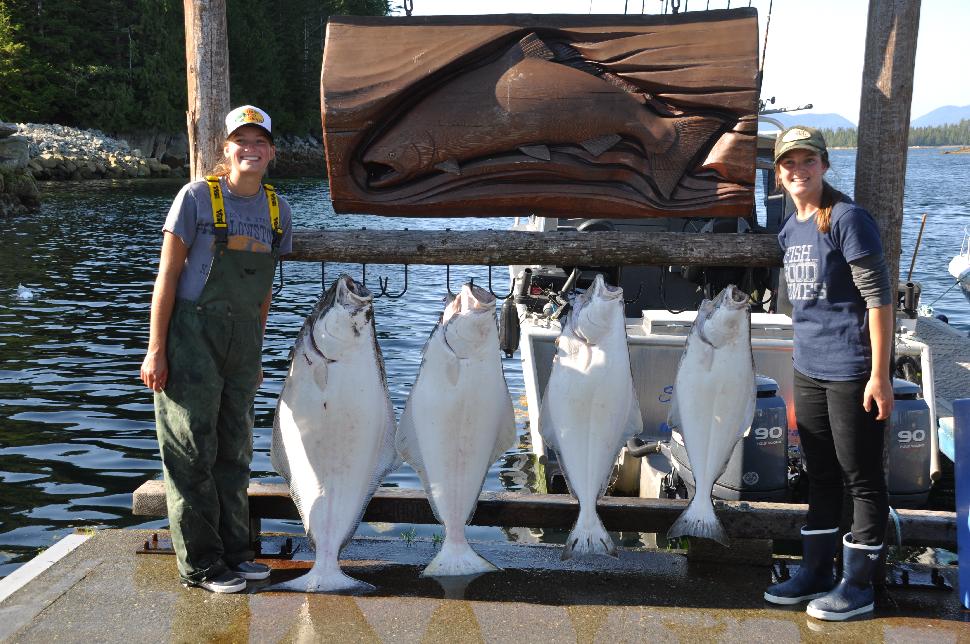 A Trophy Salmon and Trout Trick Worth Trying

I’ve been at this game for an awfully long time and have witnessed a lot of fishy things.

Indeed, earlier this year, I wrote in the Spring edition of Outdoor Canada magazine, about a salmon and trout technique that a good friend, Mark Stiffel and I have been refining for some time now, and that, when we tested it last summer in the Queen Charlotte Islands, turned into an epiphany of sorts.

On that point, what Mark and I were able to accomplish was nothing short of the most telling moment of my fishing career.  A game changer that allowed us to catch so many big king and silver salmon that it was utterly mindboggling.

What we did was remove the treble hooks from 5 1/4-inch C80 and 6-inch C90 Williams Whitefish spoons and fish them not as lures, but rather as bait-size attractors in place of dodgers and flashers ahead of our cut plug herring.  When we dropped our lines into the water, Mark and I were able to troll in front of, behind, or alongside any other boat, call our shots and literally catch salmon at will.

In fact, the second day of our trip, we hooked, landed and / or lost over 50 kings and Cohoes that, if the fish averaged a conservative 20-pounds in weight, meant we had hooked over 1,000-pounds of fish.

A year later, I am still shaking my head in disbelief, wondering if that adventure – and the simple tweaking of a well-known tactic – really did happen.  Or was it just a figment of my imagination?

Thanks to Byron Bolton, I can stop wondering.

Byron’s is the CEO of KingFisher Boats, who make the Offshore series of heavy-gauge welded boats used by most of the resorts, lodges, and salmon guides on the Pacific coast.  The Vernon, B.C. based company has also netted 13 world records for its impressive line of river jet boats.

Anyway, to make a long story short, Byron contacted me after reading the Spring edition and asked about any additional details, before he took his daughters, Rayel and Katrina on a family fishing trip to the west coast. 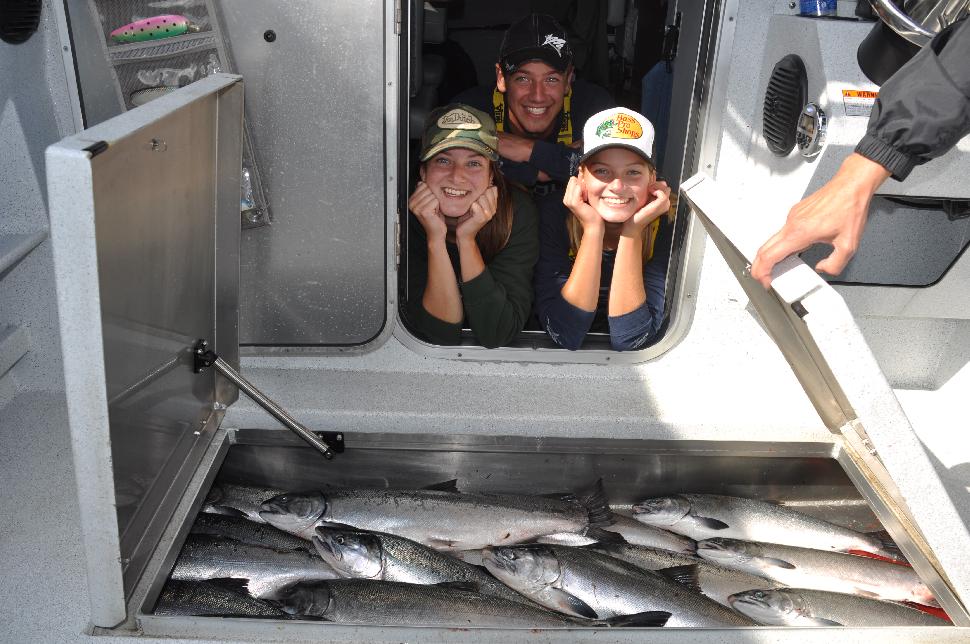 I also reminded Byron, that after we removed the treble hooks from the spoons, we tied them on to the ends of our 20- and 25-pound test Maxima Ultragreen mainlines and then attached a 6- to 8-foot long leader of similar strength Maxima fluorocarbon line with two red 4/0 Gamakatsu single hooks tied in traditional tandem fashion.

We baited the hooks with freshly thawed herring, cutting them on both the Coho and Chinook bias, although it made no difference whatsoever to the salmon.  Finally, we let out 14 to 24 “pulls” of line, a “pull” being the distance between the single action reel and the first guide on the rod before snapping the line into the downrigger release clip.  We then trolled at depths ranging from just under the surface to as deep as 100 feet over 220 to 250 feet of water.

It appears that when Rayel and Katrina Bolton tired of catching salmon they turned their attention to halibut. That’s some fine dining there, girls!

Well, it turns out that Byron took what Mark and I had discovered, incorporated the Williams spoons into his repertoire and …. “had an outstanding fishing trip to the central coast of British Columbia.”

“One interesting thing,” Byron said, “was when we came back to the dock one day there was an elderly gentleman talking to one of the guides about an article he read, where a real “top shelf fisherman from Ontario”, who was using a Williams spoon as a flasher, did well when fishing salmon on the west coast.  He wanted to get the guides opinion on using the Williams spoons, so I gave him my opinion, backed up by two fish totes full of salmon on their way to the cleaning station.”

What more can I say – if you fish for salmon and/or lake trout – you have to try this trophy technique.  Trust me – it works!