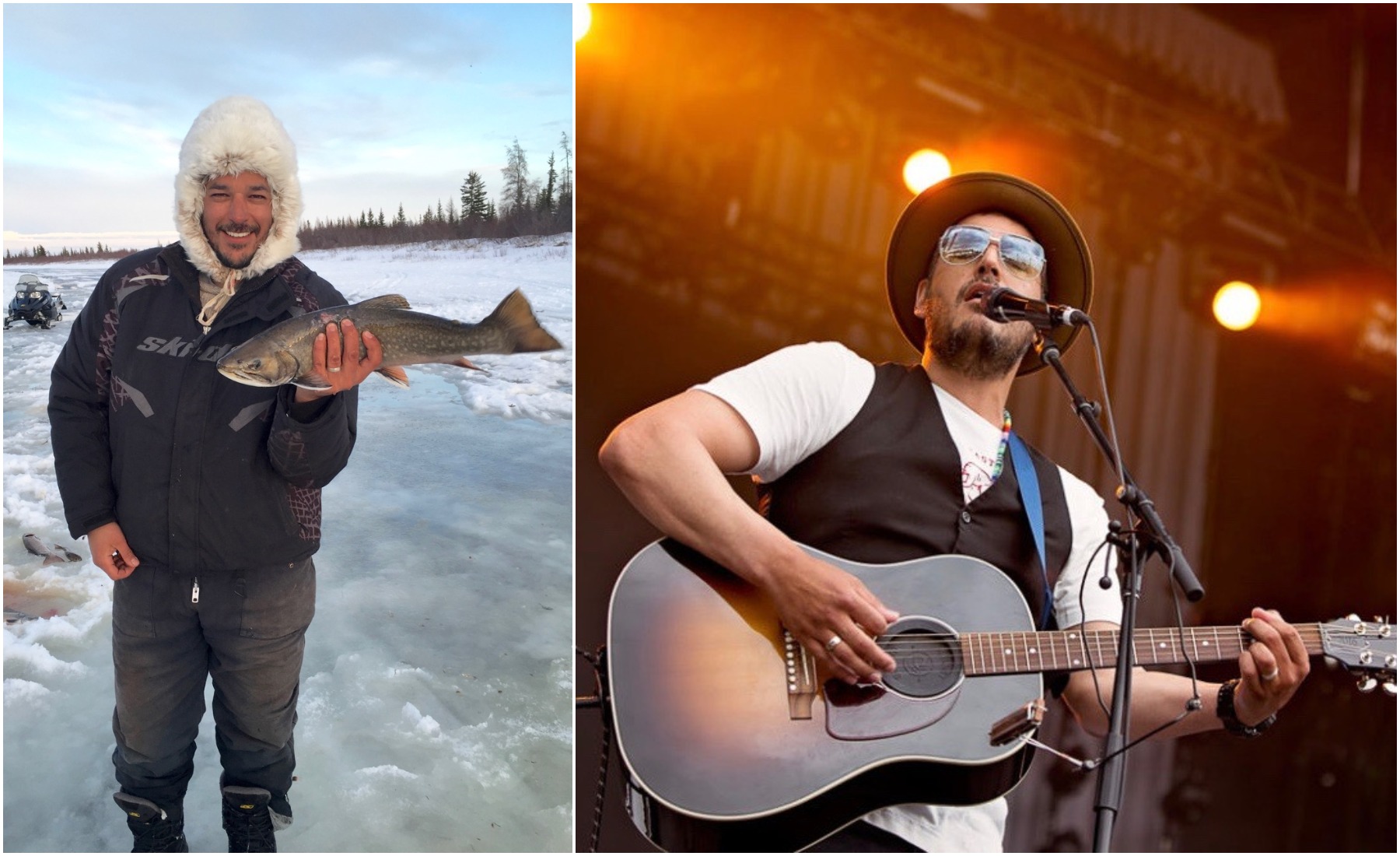 Sutherland on the land and on stage
FishingHuntingNews

When he’s not belting out finely crafted tunes as the frontman of the Indigenous roots rock band Midnight Shine, 42-year-old Adrian Sutherland spends as much time as he can in the outdoors, seeking inspiration from nature. That’s not surprising. As a member of northern Ontario’s Attawapiskat First Nation, the father of four grew up fishing, hunting and trapping along the shores of James Bay. A former paramedic and most recently head of economic development in Attawapiskat, Sutherland now focuses full time on Midnight Shine, which started out as a one-off opening band for a 2011 Trooper concert in Timmins, Ontario. We spoke with him about his connection to the land, changes in the North and the importance of passing on his Mushkegowuk Cree knowledge of the outdoors.

“I feel that I’m really connected to everything out there,” Sutherland says, noting that his hunting experiences and time on the land have inspired several of Midnight Shine’s songs, including “James Bay,” “Northern Man” and “In the Midst.” He feared that connection was being lost, however, leading him to step down from the demands of his job as CEO of Attawapiskat Enterprises. “You’re never away from your phone. You’re working through holidays. It came to a point that I knew I couldn’t continue,” he says of his former career. “The only way that I felt myself was when I was out on the land. For me, being connected to nature allows me to ground myself, recentre and refocus.”

Changes in the north

While Sutherland still fishes and hunts to help feed his family and community, he says it’s not as easy as it used to be. “We’re not getting the birds we would have gotten when I first started going out with my family,” he observes. “It was common for each family to get 200 or 300 Canada geese in the span of a week or less. Now you’re lucky if you get 50 birds in a span of two weeks.” That is having a big impact on his community, since fresh, store-bought food is expensive and hard to come by. Sutherland also says the sea ice on James Bay doesn’t remain in place as long as it used to, making it unpredictable and, consequently, more dangerous for hunters travelling across it.

With Attawapiskat’s younger generations getting distracted by the same electronic devices and vices as youths everywhere, Sutherland stresses it’s now more important than ever to pass on his culture’s hunting, fishing and outdoor knowledge. “Knowing where to find caribou at different times of year, for instance, that’s something that you acquire from another hunter,” he says. “Some of the knowledge that I carry today is ancient knowledge, because my grandfather taught me and his grandfather taught him. Now it’s about passing on that knowledge to my children.”

Learn more about Adrian Sutherland and Midnight Shine at www.midnightshineonline.com.