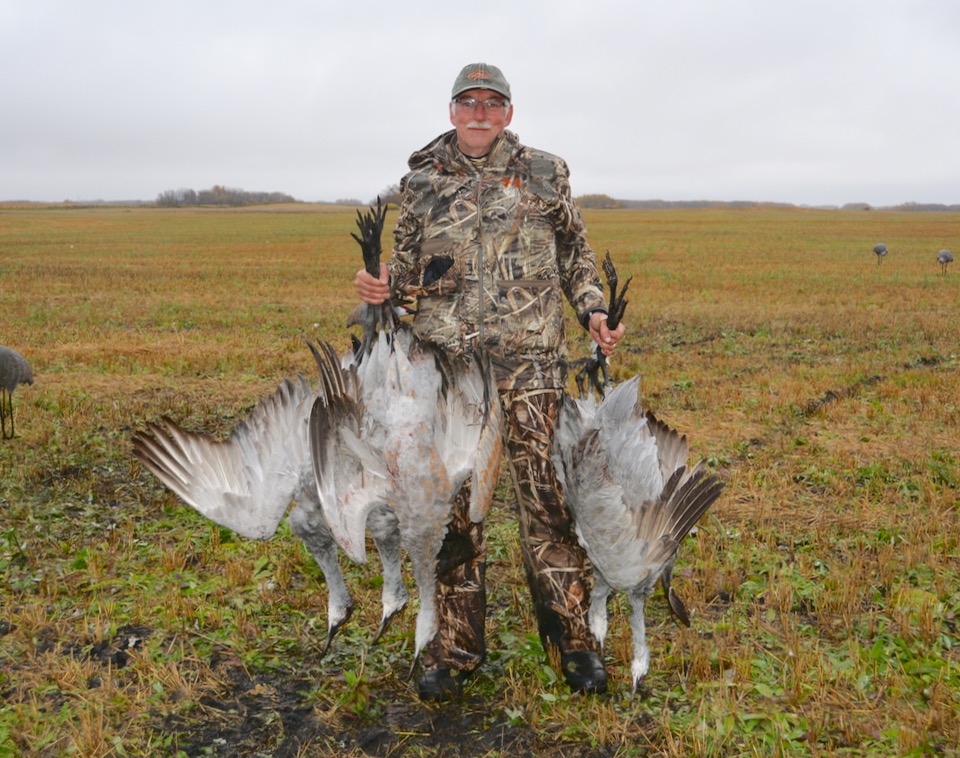 Due to a lack of political will, the paperwork for the creation of a sandhill crane season in Alberta collected dust on the desks of provincial wildlife managers for well over a decade. That was until the United Conservative Party was elected in May last year and Jason Nixon—a dedicated angler and hunter —took on the role of Minister of Environment and Parks. Since then, he’s been aggressive when it comes to increasing hunting opportunities for Albertans, much to the chagrin of some staff and members of the public.

To Nixon’s credit, the hunting and angling portion of the Environment and Parks portfolio had been largely ignored for decades, so when he took over, he demanded action. The sandhill crane season was one of the first items on the agenda, making it the first new hunting opportunity in Alberta since the Hay-Zama wood bison hunt was opened back in 2008.

The province had always been entitled to a portion of the federal quota for sandhills, but it never took advantage of the opportunity. Neighbouring Saskatchewan and Manitoba have both had crane seasons for more than 50 years, and sandhill populations there have steadily increased. There’s no real reason why Alberta shouldn’t have also had a season over the same period, but better late than never—the new hunt launched September 1 in approximately 50 southern and east-central wildlife management units (WMUs).

Since sandhill cranes are classified as migratory birds, the creation of the new season also required the blessing of Environment and Climate Change Canada. That’s a lengthy process under normal conditions, but in the middle of a global pandemic, it presented some additional challenges. Nonetheless, Nixon pushed his staff to make it happen.

During the consultation process, only 40 per cent of respondents supported the creation of the new season, with the most common concern being that hunters would misidentify endangered whooping cranes as sandhills. Others said they were concerned as to whether crane populations were even sustainable.

According to federal environment officials, however, the three-year population average is close to double the management objective, so those concerns were dismissed with a promise to keep monitoring numbers. Overall, the Alberta hunt is expected to add less then five per cent to the continental harvest of sandhills, making it about the same as Manitoba.

“It’s great to see widespread support for a sandhill crane season in Alberta, which will support the province’s wildlife management goals and boost local economies,” says Nixon, who has also talked about launching a hunting season for tundra swans.

Currently, there are no swan seasons anywhere in Canada, although there are some limited-entry draws in several parts of the U.S. The Alberta Wilderness Association has been the most vocal opponent to both crane and swan hunts in the province, but the group’s claims that populations are not sustainable contradict sharply with population estimates from the Canadian Wildlife Service.

As part of the sandhill plan with Environment and Climate Change Canada, detailed identification guides have been included in the regulations to help ensure hunters can properly identify the different crane species. Plus, a conservative number of WMUs were intentionally selected for the new hunting season, and only in areas that don’t overlap with migrating whooping cranes.

While it’s possible whooping cranes may be present in some hunting areas, recent research shows such an appearance would be rare. Sandhills are more likely to overlap with whooping cranes in northern Alberta, however, so that area was excluded in the initial season. Although the risk to both bird populations is considered low, the plan is to proceed with caution until additional supporting data become available.

It was pretty obvious from the onset that opposition to the sandhill season was strictly emotional, with no basis in science. After all, sandhills are already sustainably hunted in numerous jurisdictions across North America, with no detriment to whooping cranes. Finally, Alberta has a government that isn’t afraid of a little public backlash when the science supports what it wants to do. Will a swan season be next?

For tips on hunting sandhills, go to www.outdoorcanada.ca/cranehunt.