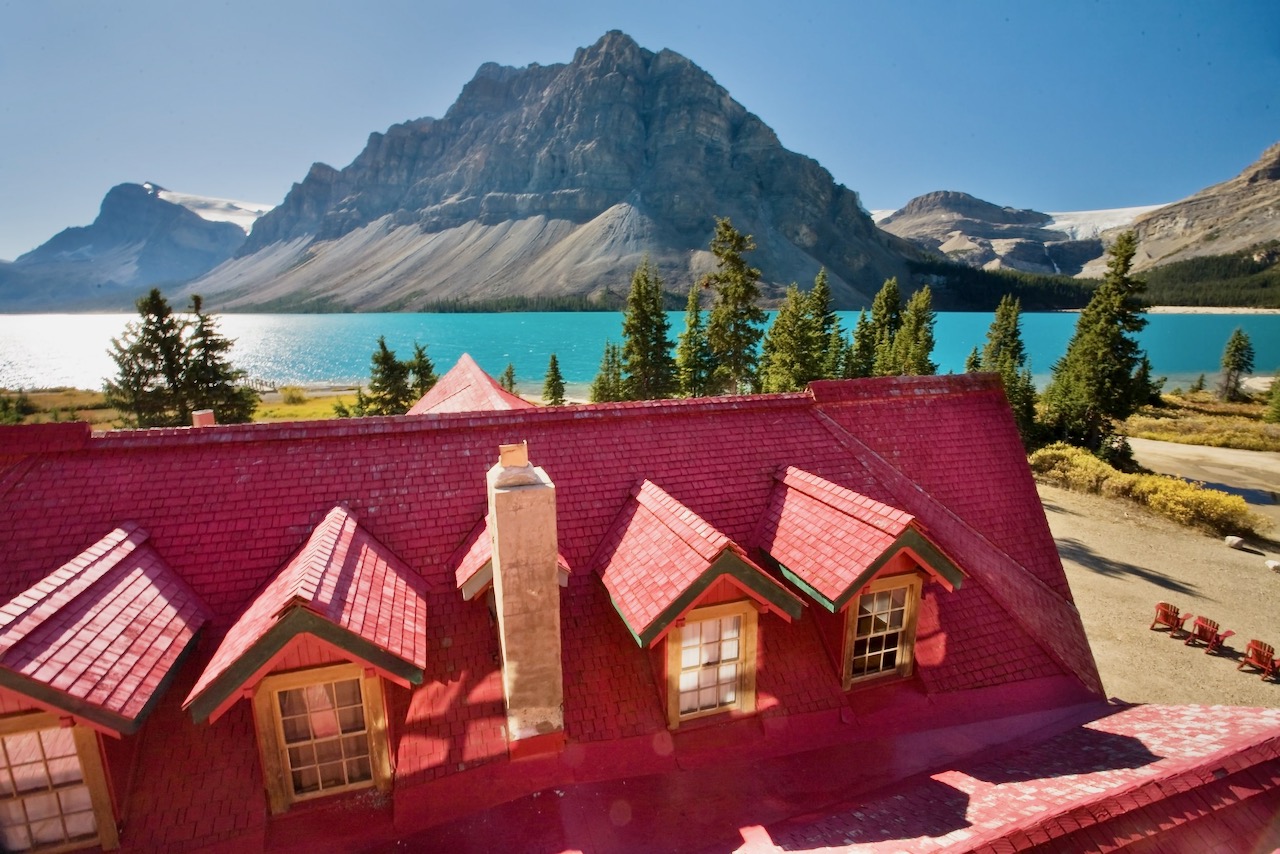 At the northern tip of Banff National Park lies one of western Canada’s most iconic tourist stops and hotels. In the heart of Alberta’s Rocky Mountains, The Lodge at Bow Lake, formerly known as Simpson’s Num-Ti-Jah Lodge, is visited by tens of thousands of tourists each year. Surrounded by towering rugged terrain, emerald waters, gin-clear mountain streams, alpine glaciers and abundant wildlife, the lodge offers views that are simply breathtaking.

Whether you’re a mountain hunter, backcountry skier or a national park history buff, the name “Simpson” in the lodge’s original moniker will likely resonate. It belongs to Jimmy Simpson, well-known as Canada’s grandfather of professional outfitting and guiding. Starting in the early 1900s, he hosted wealthy hunters from around the world to pursue bighorn sheep, goats and other big game in western Canada’s mountain wilderness.

Recognizing the extreme beauty and rich biodiversity of the region, Simpson unofficially laid claim to the area, and started to build Num-Ti-Jah Lodge in 1920 to accommodate his guests. It opened 100 years ago, in 1922. Facing significant legislative challenges that ultimately prohibited hunting within Banff National Park, Simpson was eventually forced to discontinue his guiding and outfitting activities within the park’s protected area, and the lodge transitioned to accommodate other tourists.

A colourful and ambitious character, Simpson discovered many sheep haunts bordering Banff, several of which continue to produce exceptional hunting opportunities. A must-visit location for any hunter travelling the Icefields Parkway, the red-roofed Lodge at Bow Lake is packed full of history and stories of days gone by, and of the world-class hunting that took place within the park.

Though it has a new name and new owners, the lodge still serves as a great base of operations to take in the area’s stunning scenery and great nearby hunting outside of the park. According to the lodge’s website, the new owners are committed to the “preservation of the property’s history and the surrounding environment,” and “have come together to refurbish the recognizable structure to its former glory, with attention to modern sustainability practices and deep respect for the history of the land itself.” Currently closed for renovations, the refurbished lodge is slated to reopen in 2023.

For more information on The Lodge at Bow Lake go to www.lodgeatbowlake.com.