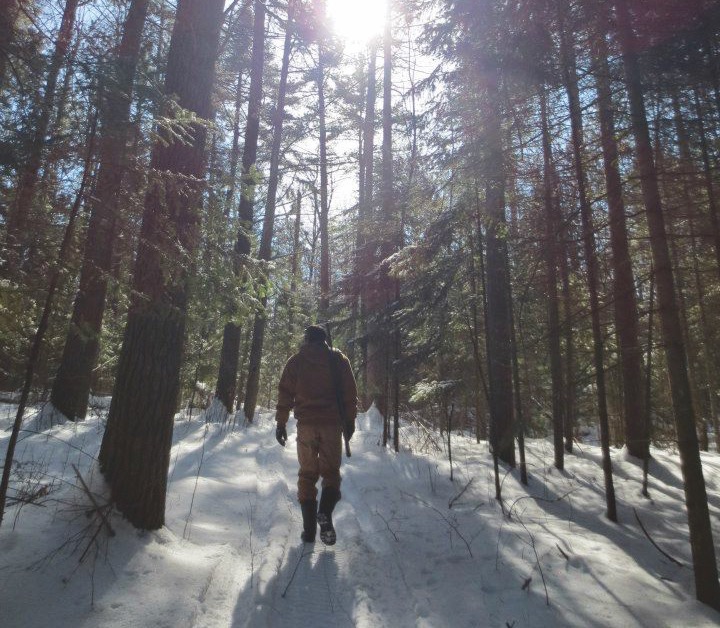 An homage to the trail home, and adventures yet to come

Give or take, it’s a good 40-minute jaunt from my snow-dusted hardwood stand to the wood-fire warmth of the cabin. For the most part, the route follows an old cattle trail, the path of least resistance through the thick stuff to the old lumber road. From there, it’s a 10-minute hike through the gathering darkness and pronounced nip in the air to the cabin doorstep.

There are whitetails enough on the bench where I hunt, but I’ve held off all through October and the better part of November. Now, with barely one day left to my credit, the odds of tagging the bruiser that holds sway up there are looking slim. It might be smart to focus on a meat buck tomorrow, rather than chasing that will-o’-the-wisp around on its home turf one last time. But instead, I know I’ll be back up on the bench come sunrise, waiting for my buck to come ghosting around.

In the meantime, there’s every chance we’ll be feasting on fresh deer liver and onions for supper tonight, judging by that single mid-morning shot I heard to the east. My hunting buddy Charley favours his treestands on that distant hillside, and he rarely touches the trigger unless he’s rock-steady on his target. It’s a good area for morning hunts in the late rut, too, since the does gather there to soak in the first slanted shafts of sunshine.

Hitting the lumber road, my pace becomes more hurried. The walking is easier, but I’m also eager to learn how Charley made out. If he was successful, it’s likely his son, who chose a stand in the same sector, has already helped him haul the deer down to camp. Rounding the last bend, I see the light of the cabin and the shape of a deer suspended from the meat pole. A buck. A fine whitetail buck. At the end of the trail home.