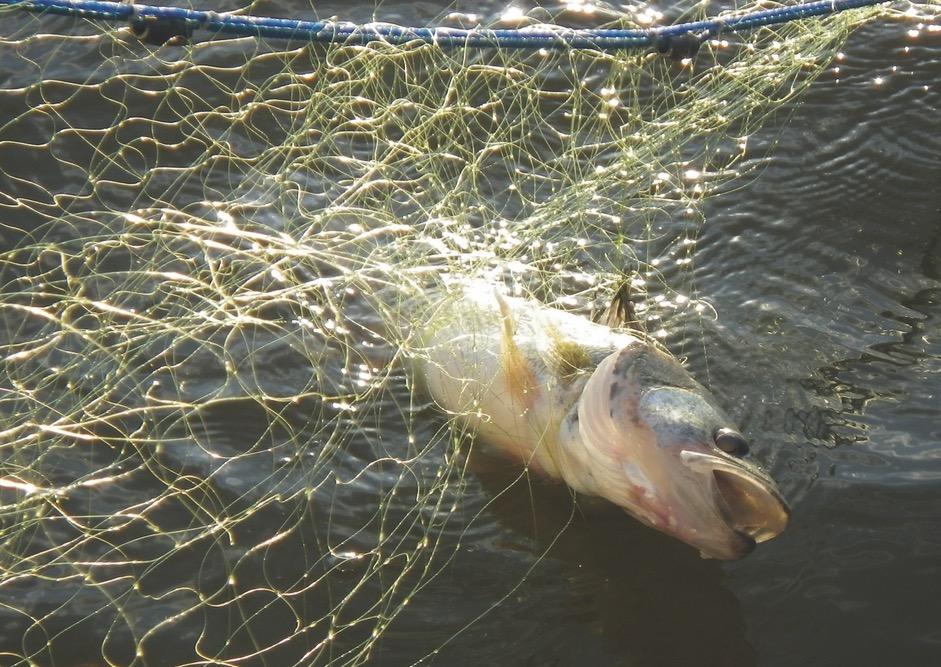 With the Current Harvest Unsustainable, It's Time for Bold Changes

Anglers are masters at making excuses for not catching fish, but it appears they may indeed have one that stands up to scrutiny on Manitoba’s Lake Winnipeg and fabled Red River. No matter who you talk to, the word is that last fall’s walleye run was down and the ice fishing was just short of dismal in terms of big fish. And recreational anglers are pointing the finger squarely at commercial fishermen.

The commercial fishery on Lake Winnipeg dates back to around 1881, when the railway first arrived in the region. By as early as 1888, roughly 900,000 kilograms of fish were being taken out of the lake annually. With Ontario’s lakes already suffering from the effects of overfishing, Lake Winnipeg truly became the new piscatorial gold rush. Its walleye rapidly became—and remain—desirable across much of North America.

Today, the yearly commercial harvest from Lake Winnipeg totals around seven million kilograms, with approximately five million of that made up of walleye. Commercial fishermen take about 90 per cent of the harvest from Lake Winnipeg each year, with recreational anglers and First Nations fishermen taking about five per cent each. While recreational anglers have been saying for many years that this level of harvest is unsustainable, a set of unique circumstances is putting even more pressure on the lake’s prime breeding stock.

In 2001, there was a very successful walleye spawn and that strong year class led to a prevalence of big fish. Typically, commercial fishermen have not targeted Winnipeg’s large walleye, as the smaller fish bring a better price per pound. However, a lack of smaller fish has caused them to shift their attention to the big walleye, targeting them with nets with larger meshing. As a result, recreational anglers now contend they are catching far fewer large fish, warning this could be the tipping point for Lake Winnipeg’s walleye as the supply of prime breeders is exhausted.

As early as 2008, in fact, a panel convened by the Manitoba government suggested reducing the walleye quota to 3.5 million kilograms, but that was not done. The discovery of zebra mussels in Lake Winnipeg and the collapse of the rainbow smelt population have also contributed to declining walleye numbers. And as the zebra mussels increasingly take hold, populations are expected to drop even further.

Clearly, there has been a bit of a perfect storm for Lake Winnipeg’s walleye. In late 2015, SeaChoice, a consumer watchdog for fisheries in North America, deemed the lake to be one of the most poorly managed fisheries in the world. As a result, it recommended that people stop buying fish from Lake Winnipeg, as well as Lakes Manitoba and Winnipegosis. Around the same time, Federated Co-operatives Limited, one of the largest suppliers of Manitoba fish to retailers, said it would begin sourcing fish from more sustainable fisheries.

As a possible model for a solution, some recreational anglers are looking to Alberta, where the provincial government cancelled all commercial fishing licences in 2014. But with the commercial harvest on Lake Winnipeg worth some $60 million annually, the political ramifications of shutting it down could be high, and not something the Manitoba government seems willing to entertain. A second option being proposed is a buyback of commercial licences in the southern basin. This would reduce the commercial harvest, particularly near the mouth of the Red River, where the walleye run in very large numbers each fall.

When recreational and commercial users of a resource collide, the loser is typically the resource, and Lake Winnipeg’s walleye are clearly in need of immediate attention. Even according to the province’s own panel back in 2008, the level of harvest is not sustainable. And with commercial fishing accounting for an estimated 90 per cent of the overall harvest, it’s obvious where the solution lies. I’m all for these commercial users receiving fair compensation for their losses, but it’s time to stop talking about it and to do something about it instead. Recreational anglers are looking to the recently elected Progressive Conservative government for help. It can’t come soon enough.