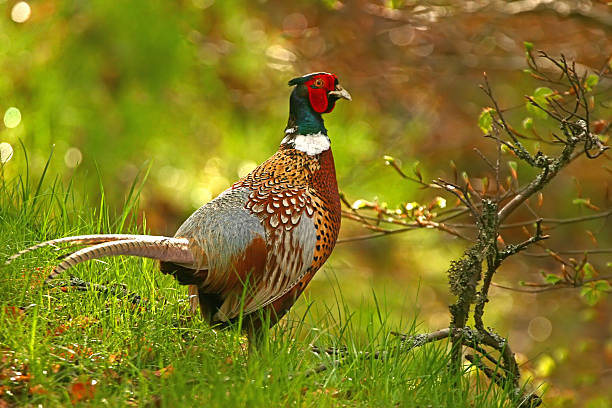 From Digby, the Annapolis Valley stretches some 130 kilometres northeast to Minas Basin, defined by the gentle ridges that shelter its lush farmlands from the Bay of Fundy to the north, and the Atlantic gales to the south. Small vegetable farms, grain fields, vineyards and pick-your-own orchards thrive in the valley, one of Canada’s three most important fruit-growing regions. It’s also home to the largest population of wild ring-necked pheasant east of the Mississippi, and some of the best hunting for truly wild birds. Though not native, these pheasants are as cagey as a game bird can be. After all, they’ve been moulded by the bitter cold of winter and, more recently, the relentless hunger of coyotes. Attempts to establish self-sustaining populations of pheasant have been ongoing since the mid-1800s, but on the heels of every apparently successful program, ringneck populations collapsed. Finally, in the early 1960s, Nova Scotia suspended pheasant stocking operations altogether. To everyone’s surprise, the birds began reproducing naturally and are now abundant throughout the valley. Like pheasants everywhere, the gaudy Annapolis birds inhabit farmland, but since the six-week season traditionally opens at the beginning of November, most crops have already long been harvested. As a result, landowners typically grant permission to hunt, usually with hints on where to find the birds (there is no guide requirement for non-resident upland hunters). Pheasants can be walked up, but bird dogs are a definite asset. If you still have energy to spare after limiting out on two roosters, there are also plenty of ruffed grouse in the woodlots.