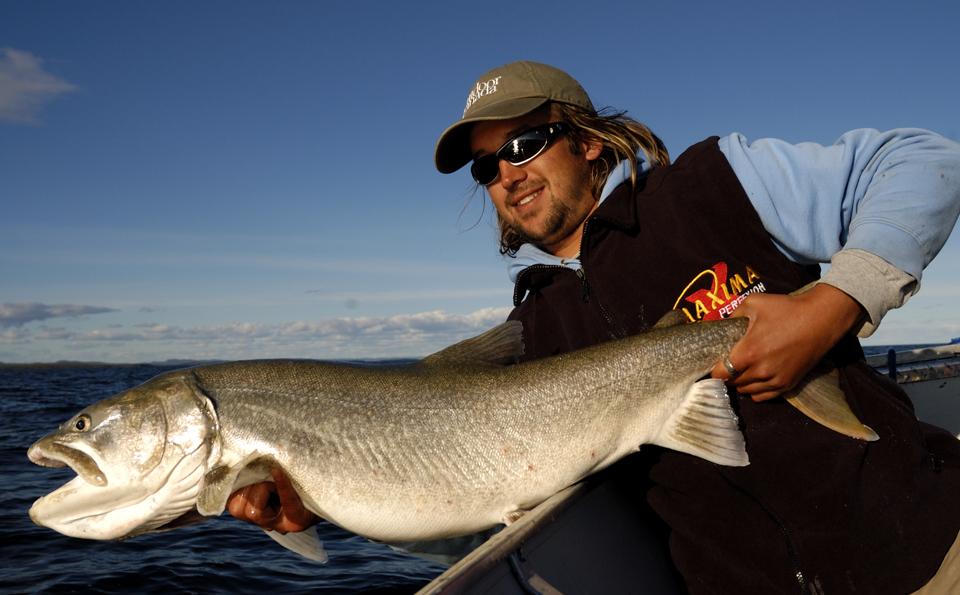 I was recording an upcoming episode of the Outdoor Adventures radio show the other day with host Ken Wychopen, for broadcast this Saturday and Sunday on Cold Lake, Alberta radio station 953 KROCK and during our conversation, Ken mentioned how well the lake trout were biting in his neck of the woods.  But, he also lamented the fact that  some anglers were attempting to skirt the protective size limit regulations that Alberta has in place, by suggesting the trout were suffering the “bends” and thus, not suitable candidates for release.

What I found ironic about was Ken was telling me, is the fact that being a “ductless species”, capable of expelling air from their swim bladders and adjusting to changes in water pressure, so long as you handle lake trout properly, they are prime candidates for catch and release angling.

Indeed, the best indication of all that lake trout can tolerate and readily adjust to pressure changes is when you spot the fish on your sonar screen scoot up from deep water and chase your lure to the surface.

This is not the case, however, with many other species – especially walleye and bass.

As I’ve mentioned in the past, every 28 feet of water depth represents approximately one atmosphere of pressure.  So, when you catch a walleye or bass in deep water, bring it to the surface and then hold it out of the water for even a brief period of time, the fish’s swim bladder expands like a balloon because of the reduced pressure.  It is comparable to a diver suffering from the “bends” when he or she comes to the surface too quickly and just like it is life threatening for humans, it can be deadly for walleye and bass as well.

In addition to the swim bladder and pressure problems, of course, there are additional factors you need to consider, including the rupturing and haemorrhaging of blood vessels and internal organs.

That is why if you must bring a walleye or bass up from greater than 27 or 28 feet of water, it is important to keep it in the water while you unhook it. The water acts like a cushion and slows down the expansion of the swim bladder.  It is also imperative that you release the fish as quickly as possible. Every second counts, so don’t even take it out of the water for a photo.

Fortunately, this is NOT  the case with lake trout that have the ability to inflate and deflate their swim bladders to compensate for changes in water pressure.  Indeed, if you’ve ever caught a lake trout (salmon or whitefish) from relatively deep water, you’ve likely seen air bubbles surfacing, as though there was a scuba diver below the boat.  And you probably heard the fish “burping” when you finally landed it.

In the summer and early fall, it is common to catch lake trout in 60, 80, even 100 or more feet of water.  And you can always tell when you’re bringing the fish through the thermocline and into the upper levels of the lake as you’ll see that tell-tale trail of bubbles popping at the surface.

And, as I mentioned, when you finally land the trout you’ll often hear it “gurgling” or “burping”.

In both instances, it is the fish’s way of reducing the pressure in its swim bladder and expelling air.  If you land a small lake trout too quickly, however, it is possible that you won’t give it enough time to fully complete the pressure adjustment process.  That is why fighting a lake trout slowly is the best way to bring it in.

(By the way, despite what most anglers think, the slow ascent method doesn’t work for walleye or bass because, unlike lake trout, they have a blockage / flap of skin that does not allow them to expel air.  So, landing them quickly and releasing them as quickly as possible before their swim bladder can expand is the way to do it.) 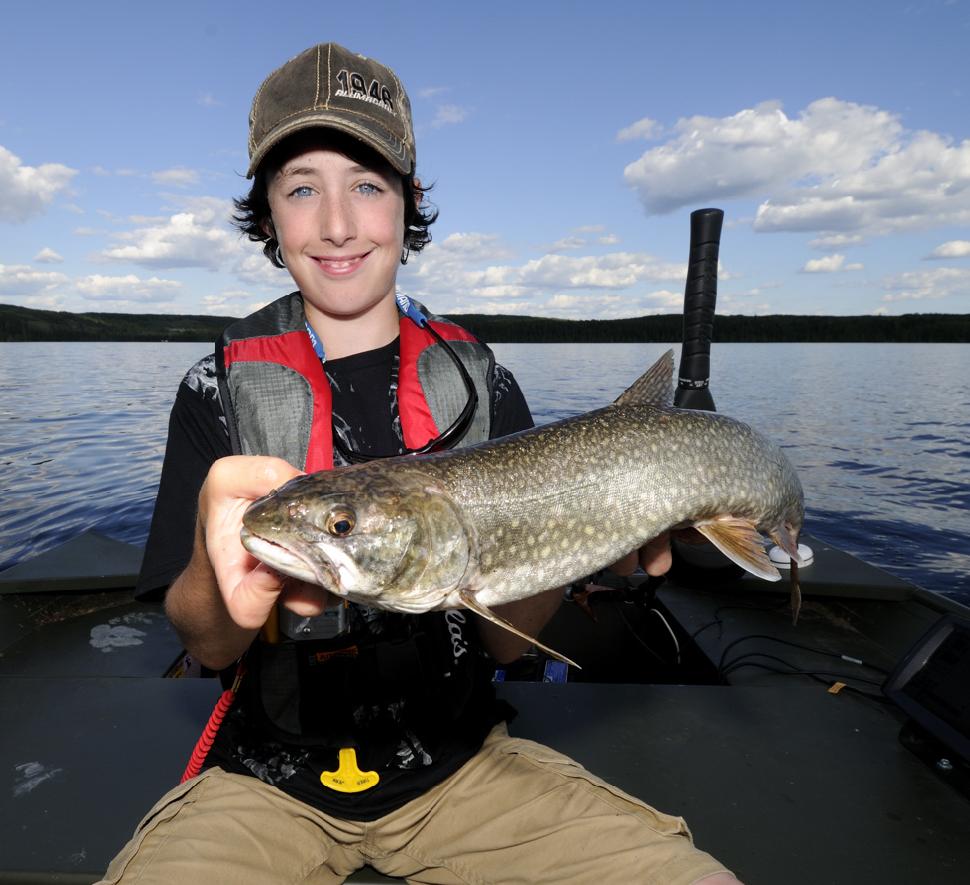 If you don’t hear a trout burping after you’ve landed it, however, and you suspect the fish is having troubling expelling air from its swim bladder, try holding it with one hand around the wrist-like area in front of its tail.  Then with the other hand gently but firmly push up on the fish’s stomach.  You will often hear it “burp” when you do this and it is none the worse for wear.

Think of it as the doctor giving a newborn baby a gentle slap on the bottom.

Finally, you may be interested to know that recent research has reported virtually one hundred percent survival of lake trout, caught in deep water and released in the coldest part of the winter.  The key was that the fish were caught using artificial lures and hooked in the mouth area, as opposed to with live or dead bait which often results in them taking the hook deeply into their throat and stomach areas.

So, release those big lake trout that you catch, so they can spawn and produce more fish.  And enjoy the thought that they’re surviving just fine.