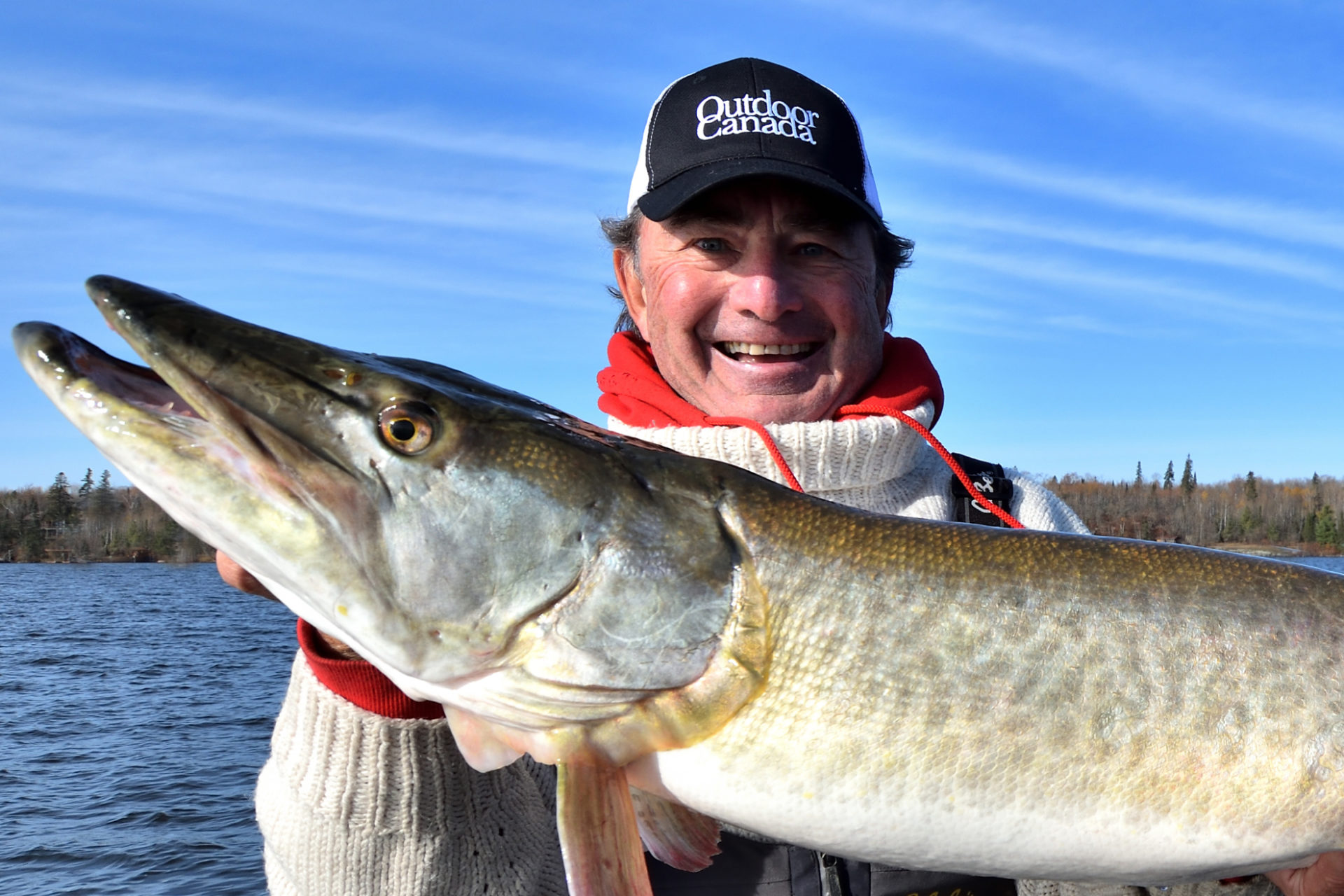 Why muskies aren't as smart as people think

Every year it seems that the water and weather conditions set up in ways that favour one or two species of fish, at the expense of the others.

This year, at least in my Northwestern Ontario neck of the woods, that spotlight has been shining brightly on big toothy critters. I don’t know why, but ever since opening day, when I had a mammoth muskie—one of the biggest fish I have ever seen—follow my double #10 bladed Handlebarz  in-line spinner to the side of the boat, the action hasn’t let up. Even during the hottest days of summer, we were seeing and catching far more good-sized fish than is normally the case. 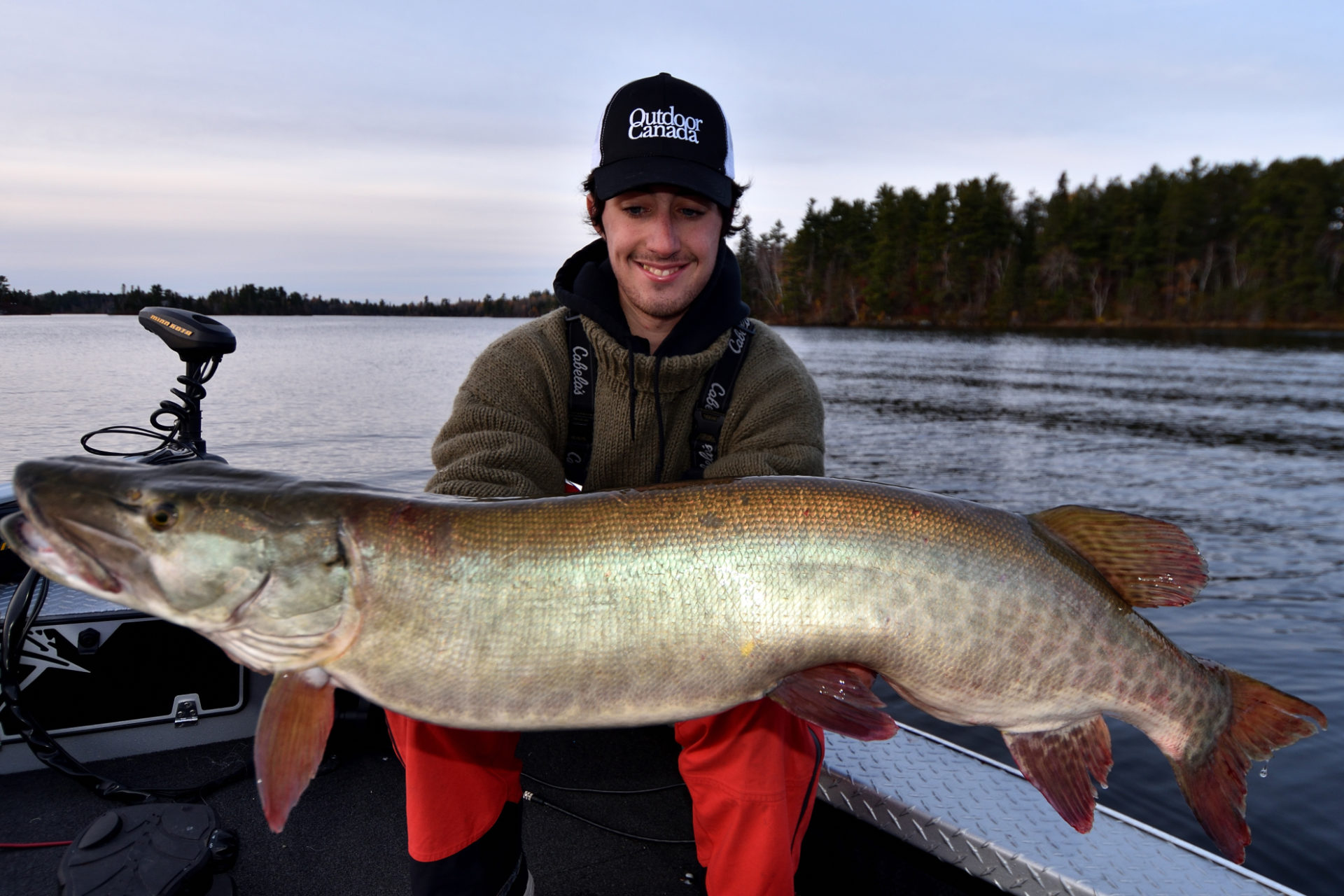 It brought to mind a conversation I had a while back with two of my Ottawa-based buddies—and noted muskie hunters—Wally Robins and John Anderson, about the seemingly unending number of traps muskie and pike anglers find themselves falling into.

“The one that pretty much assures that you won’t be successful catching muskies, is believing that the fish are smarter than bass, walleye or trout, said Robins. “For certain, muskies are different, but they’re not smarter. Being the apex predator in most lakes and rivers simply means there are far fewer of them, just as there are fewer foxes than rabbits.”

I had to laugh out loud, however, when Anderson, who is a legend on the Ottawa River where he runs the Ottawa River Musky Factory, summarized it perfectly: “Muskies are smart if you’re comparing them to cabbage,” he said. “But they are not Einsteins with fins. It’s even difficult for me to use the word ‘smart’ to describe a fish that routinely eats gaudy hunks of wood, and pieces of plastic adorned with spinning blades and tufts of tinsel or marabou. It’s important for first-time muskie anglers to remember that muskies are just fish.”

Which brings us to the title of this week’s blog: “Are muskies really the fish of 10,000 casts?

“Nothing could be farther from the truth,” said Robins, “I’m not suggesting that you’re going to catch 10 or 15 muskies a day, but if it takes you 10,000 casts to catch a good musky, you’re fishing in a swimming pool.”

So, let’s cut to the chase.  To improve your toothy-critter game, here are a few tips from Robins and Anderson, two of Canada’s top muskie anglers.

Stop fishing at only one speed

Lure speed is at the top of the list according to Robins, who said, “Retrieving your lure quickly is an excellent strategy when the muskie activity level is high. If you catch a good fish or two in shallow, weedy water or on the windblown side of an island, it makes sense to run-and-gun similar areas.” But Robins said this is a mistake when the collective musky mood is low. At those times, you need to slow down every aspect of your approach. Instead of running from one spot to another, systematically pick apart one or two large, complex areas where you feel confident that muskies are hanging out.

Don’t use so many baits

Anderson, on the other hand, preaches a sermon that I’ve been advocating for years: You really don’t have to lug around a suitcase-size tackle box filled with baits. “Let’s face it,” said Anderson, “like most muskie anglers, I’m a lure collector. It’s fun. But lures are simply tools. When was the last time you saw a carpenter carrying 200 screwdrivers?”

Anderson said that if he had to, he could probably make do the entire season with two dozen baits. And he has a simple system for selecting the right ones: Pick lures that cover different parts of the water column.  “I’d recommend an angler get two or three surface baits, half a dozen in-line spinners with different blade sizes from # 7 up to #10. You might even throw in a couple of #12 ones, if you’re really brave. Then, add two or three glide baits and jerkbaits, half a dozen soft plastic Bulldawgs and Shadzillas, and a few Bondy Baits and Shadzilla Vs for vertical jigging.”

The benefit of relying on a fewer number of select baits, of course, is that you become much more proficient with your choices. You quickly learn the intricacies of each lure and how to present it properly. And you don’t cycle through a mind-numbing number of possibilities all day, mistakenly believing that you are going to discover some non-existent magic bullet. It simply doesn’t exist. And by accepting that, in an ironic and fitting twist of fate, you’ll catch more and bigger fish.