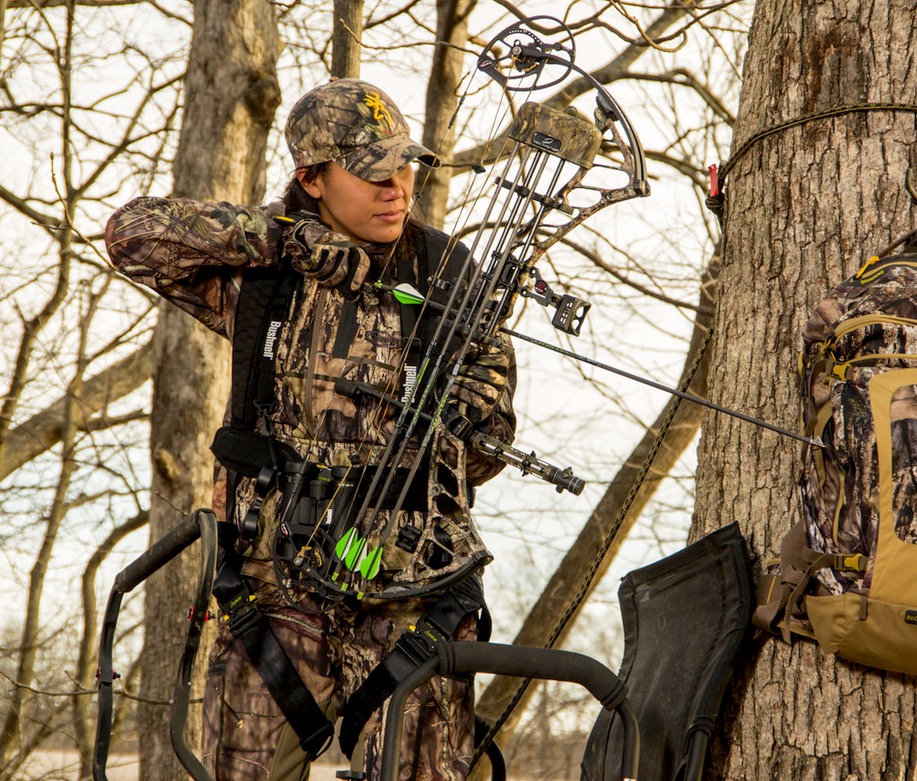 A big buck ducked your arrow? It might have been too noisy

A quiet bowhunting set-up all comes down to the arrows

When my friends talk about their bowhunting rigs, they all brag about how quiet their bows are. While a silent bow is undeniably important, many of my friends—if not all—ignore the noise their arrows make. Although bowhunters are familiar with the term “jumping the string,” meaning an animal evaded an arrow after hearing a noise, the words are misleading: it’s noise from the arrow, not the bowstring, that alerts game. Watch videos of animals ducking shots and you’ll see they move when they hear the arrow, not the bow.

The next time you’re at the range, place your smartphone or video camera somewhere between you and your target and record your shots. Listen closely to the resulting videos—if you can hear the arrows, your quarry will hear them, too. If that’s the case, pay attention to the way your arrows are built if you don’t want to get skunked. Here’s what to look for to minimize the noise your arrows make in flight.

The standard fletching for hunters everywhere is a tall, three-feather set-up with a hard angle or helical spin. The large vanes spin the arrow, stabilizing the in-flight trajectory and controlling the heavy broadhead up front. Similar to a helicopter, the higher the rate of rotation, the more stable the flight path. Now, take that set-up and throw it out the window. Using four smaller target vanes instead of three larger ones will achieve the same effect, but with less spin, resulting in a much quieter flight. The reason is that the surface area of the four smaller vanes allows for a lower angle of fletch, while still spinning the arrow true to the target, and keeping tight groups.

When it comes to keeping your arrows as quiet as possible, heavier is better. With a heavy arrow, you don’t need to consider hunting variables such as wind nearly as much. That’s because the excess weight negates a good amount of wind drift. You might wonder how this quiets an arrow—once again, it comes down to arrow rotation. With less push from the wind, a heavy arrow requires less angle of fletching; the arrow will remain accurate with less spin, and less spin means less noise. Heavier arrows are not only quieter, they also hit with more energy downrange. My advice? Build up your back muscles and bow-hand forearm strength so you can draw high-poundage bows and shoot the heaviest arrow you possibly can.

Arrow speed is a hot topic among archers, but even a cursory look through a kinetic energy (KE) calculator shows there’s no clear winner in the constant energy versus speed argument. Speed matters in that slower arrows spin less and create less noise; the arrow that requires the least amount of rotation and fletching to reach the target accurately is the quietest.

In low wind, archers are often surprised by just how over-fletched and over-powered their set-ups really are. Try shooting the heaviest—therefore slowest—arrow you can and be honest about the KE you really need downrange. It’s less than you think, and unless you’re tracking buffalo or grizzlies, you don’t need the extra power. With a heavier arrow, the minor loss in speed can mean the difference between a string jump and a full freezer.

There are hundreds of broadheads to choose from, and you can argue that as long as the pointy end pierces vitals, they’re all usable. While this is true, some broadheads are noticeably louder than others. You can always sharpen a dull blade, but you can’t make one quieter. That’s where careful selection matters, whether you’re using mechanical or fixed-blade broadheads. After you factor in arrow speed and spin, you also need to consider the whistle effect of the arrow in flight.

Designed to save weight or make blades interchangeable, the small holes in a broadhead may be aesthetically pleasing, but they make an audible whistle at high arrow speeds and rotations. Instead, choose a solid broadhead with a large cutting diameter. It will deaden your arrow noise so much that you’ll notice a difference even without a downrange decibel test. The arrow will hit just as hard, and even more importantly, your prey won’t hear it coming.

Contributor Mitchell Grant travels all over the world bowhunting for big game.