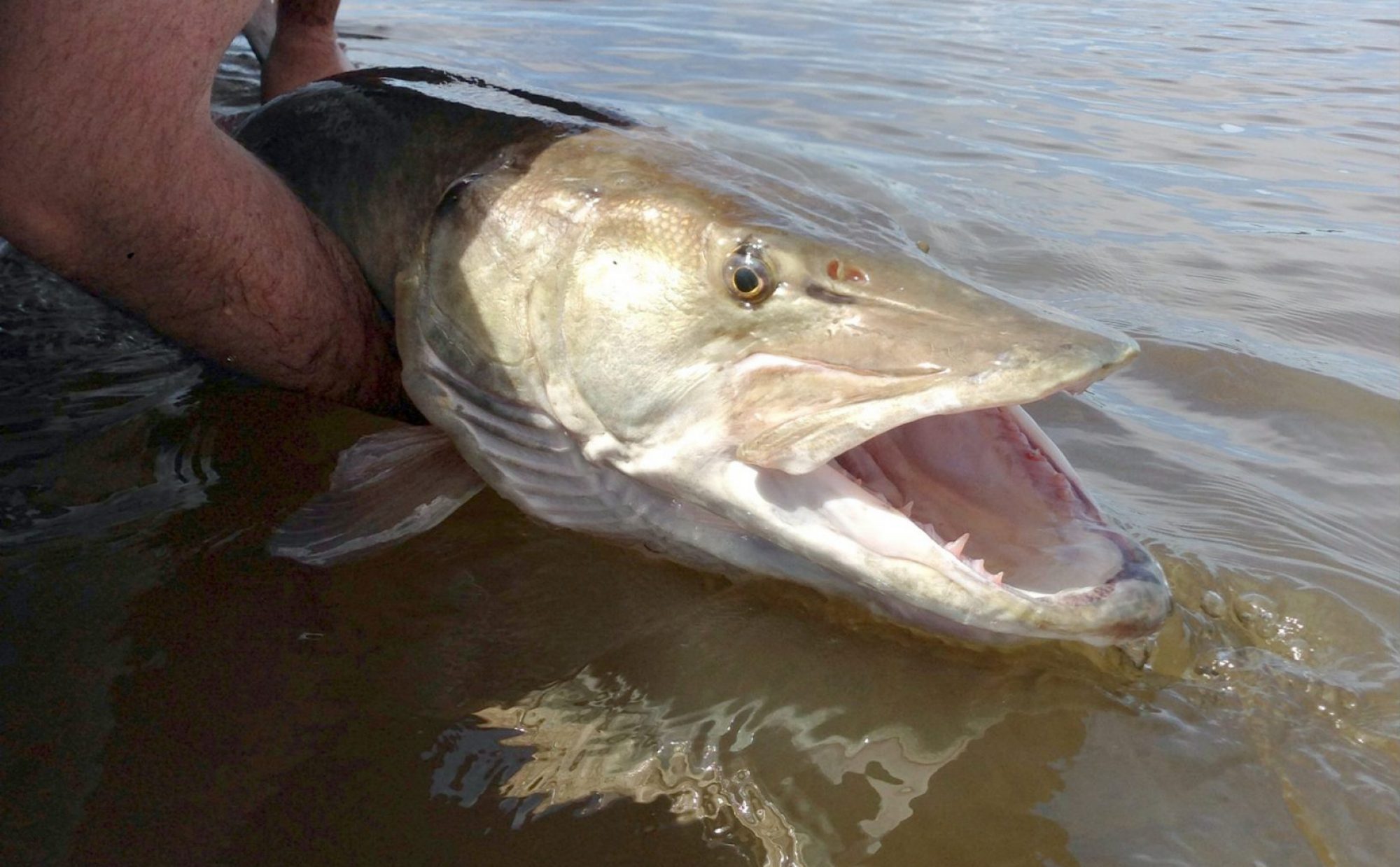 Outdoor Canada is pleased to present Blue Fish Radio, podcasts about the future of fish and fishing in Canada. Produced and hosted by Lawrence Gunther, the program is dedicated to sharing first-hand angling knowledge and scientific discoveries, and supporting local champions who protect and enhance our waters.

When US Customs and Border Protection announced plans to build a facility in the Blind Bay area of the upper St. Lawrence River, at Fisher’s Landing, New York, muskie advocates were dismayed, and immediately began organizing opposition. That’s because the wetland areas of Blind Bay have served as a long- term aquatic habitat research site for over 30 years, and has been recognized as one of the most prolific muskie spawning and nursery areas in the Upper St. Lawrence River. (Other important gamefish species at the site include smallmouth and largemouth bass, northern pike, yellow perch and black crappie.)

But this conservation story has a happy ending. In April 2022, the land for the proposed development was sold to a trust, that will now protect this essential habitat. In this episode of Blue Fish Radio, producer/host Lawrence Gunther, welcomes four of the advocates who successfully opposed the development of Blind Bay. Learn how they opganized on behalf of conservation, and what comes next for Blind Bay, and the St. Lawrence’s magnificent muskies.

Learn more about the protection of muskies in Blind Bay at www.savetheriver.org.