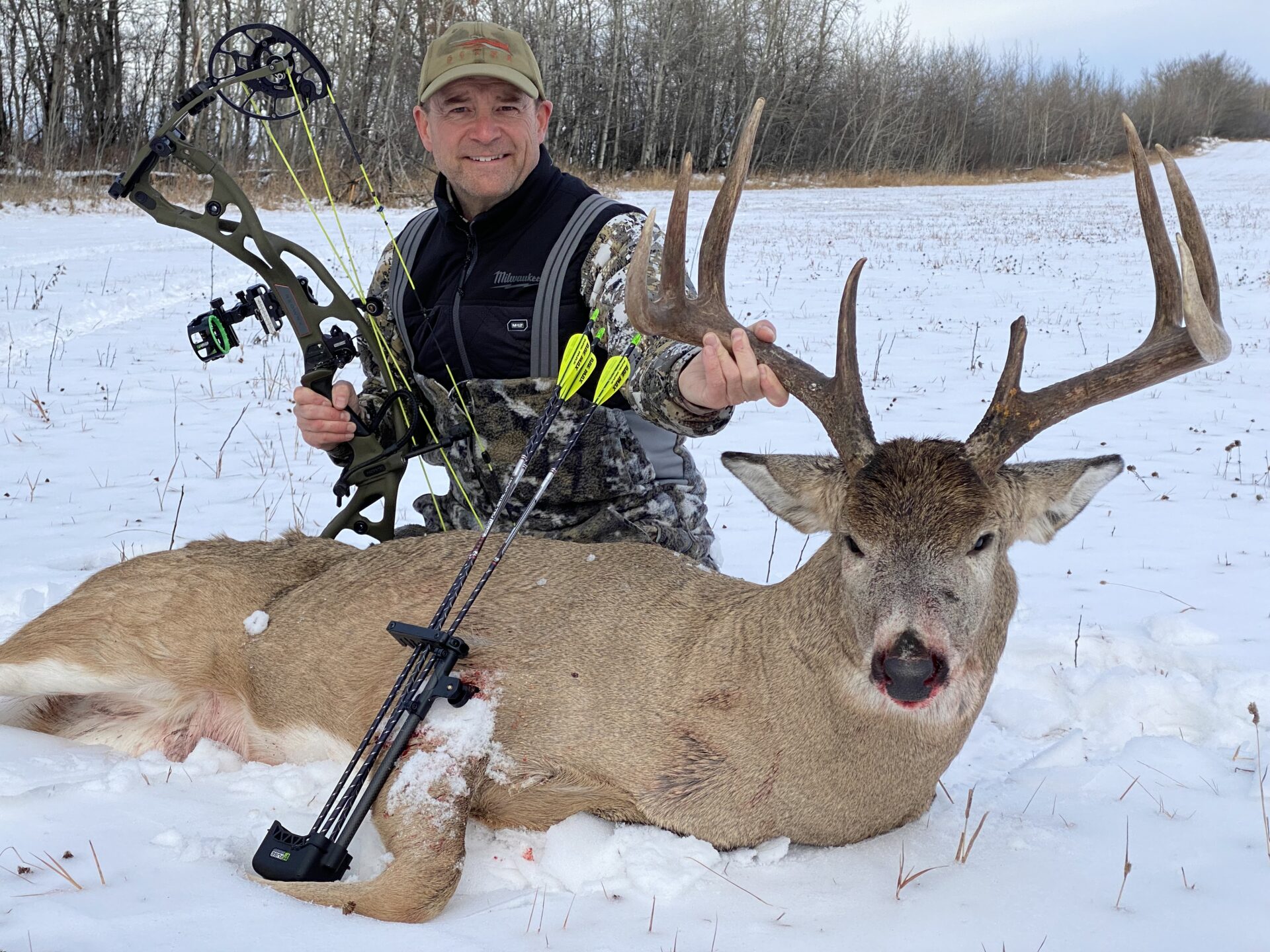 Dress for the cold and hunt all day
Bowhunting

Five essentials for tricking bucks on the prowl for does

For bowhunters willing to endure the biting cold, the November whitetail rut can offer the most rewarding and productive hunting experience of the entire season. To be successful, however, you need to keep the following five crucial tips in mind.

The whitetail rut is triggered by what’s known as the photophase—the period of light during the day-night cycle—making the timing so reliable you can almost set your watch by it. That means the first and even second estrus cycles will occur consistently, year over year. If you have limited days to hunt, therefore, you can choose the days with the best odds to be on stand.

On many of the Alberta properties I hunt, for example, most does always go into their first estrus between November 11 and 14. Does that don’t get bred during the first round will typically go into their second estrus 10 days later, between November 21 and 24, give or take a day. Across Canada, most does will go into estrus following a similar cycle, although it may vary by a few days, depending on the herd and the latitude of the area where you hunt.

By the last week of October, primary scrapes become obvious in the key travel corridors used by both bucks and does. These primary scrapes, otherwise known as community scrapes, will be routinely visited by resident deer, and even newcomers, with many returning daily. Both bucks and does will urinate in them, and lick the overhanging branches; they’ll also rub their orbital glands on the branches.

When a buck detects pheromones in the urine indicating a doe’s readiness to breed, he’ll be sure to work the area and frequently return to the scrape, as long as the doe remains in heat. Hang a stand or place a well-camouflaged ground blind within 20 metres of one of these primary scrapes, and your odds of getting a shot opportunity go way up.

During the November rut, many hunters only hunt a couple of hours in the morning or evening. That can certainly work, but it’s better not to leave the stand during the midday hours. From the moment does first go into estrus until long after the second, and even third estrus in December, bucks will continue to move around the clock looking for a hot doe to breed. You can’t put an arrow in a deer if you’re not there to take the shot, so dress for the weather and hunt all day long.

Doe estrus bleats, buck grunts and antler-on-antler rattling will often bring a buck to within bow range. Calling and rattling are especially effective in areas with higher buck-to-doe ratios, as well as during the days leading up to and during the first and second estrus. When a buck is in the mood, he’ll come in on the run. He’ll know exactly where that sound is coming from, so as soon as you call or rattle, grab your bow (with an arrow already nocked) and be ready. To make your shot count, carefully pick your time to draw.

A buck decoy can work great up until the first estrus, but after that, the results can be mixed. A doe decoy, on the other hand, can attract both bucks and does throughout the rut. With a buck decoy, place it so any incoming buck will approach it nose to nose. With a doe decoy, position it so the buck approaches to sniff the hind end; for added realism, I apply estrus scent to my doe decoy’s rump.

Whether you’re setting up a buck or doe decoy, place it where you have a good shot angle within range of your stand. Whitetails don’t like surprises, so the decoy also needs to be visible from a good distance. In the right situation, a decoy can provide an ideal distraction, allowing you to draw your bow to make the shot. The rest is up to you.