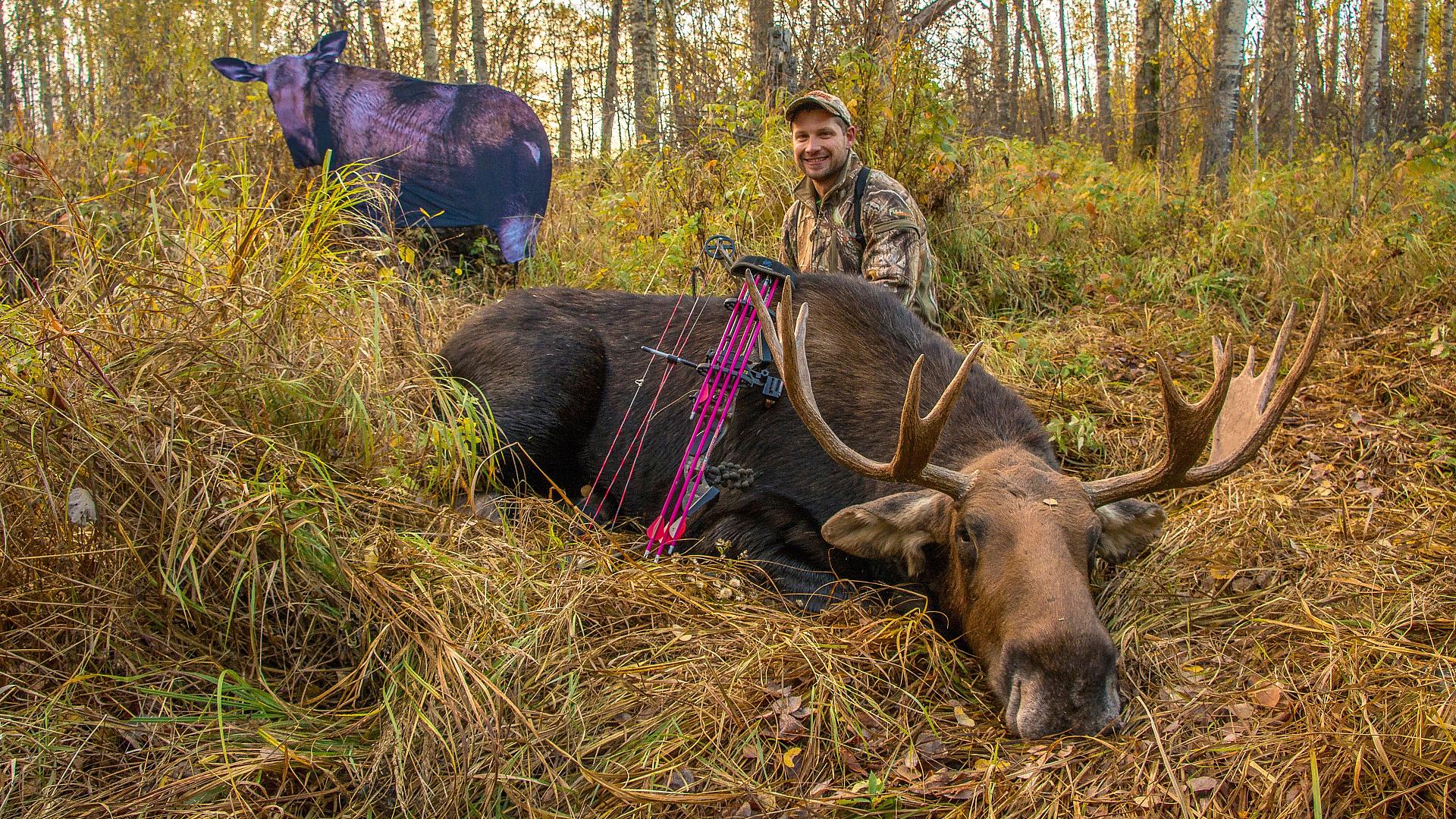 After slowly moving into our treestand and blind set-up, my partner and I allowed the bush to settle down before letting out a pleading cow call. At first there was no response, so we let out a second series of louder calls that echoed off a nearby calm lake. Right away, I both heard and saw a bull moose coming directly at me from 100 metres out, but it stopped at the edge of the open ground between us, outside my effective range facing me a head-. Then the bull spotted the decoy. As I expected, he began a downwind approach toward the life-sized fake cow, putting me in the perfect ambush position. With one well-placed 25-metre shot, the love-struck bull was down.

As with picking the right tree for a stand, properly placing a portable cow decoy is critical—you can’t just set it out anywhere and simply hope for the best. Instead, you must consider why the bull is coming toward you in the first place, where he is likely to come from and whether he’ll circle downwind or confront the decoy directly. Plus, you need to pick the right spot to set up for your shot. If you get all these variables right, decoying will definitely improve your odds of tagging out this season. Here’s how to make the most of this overlooked tactic.