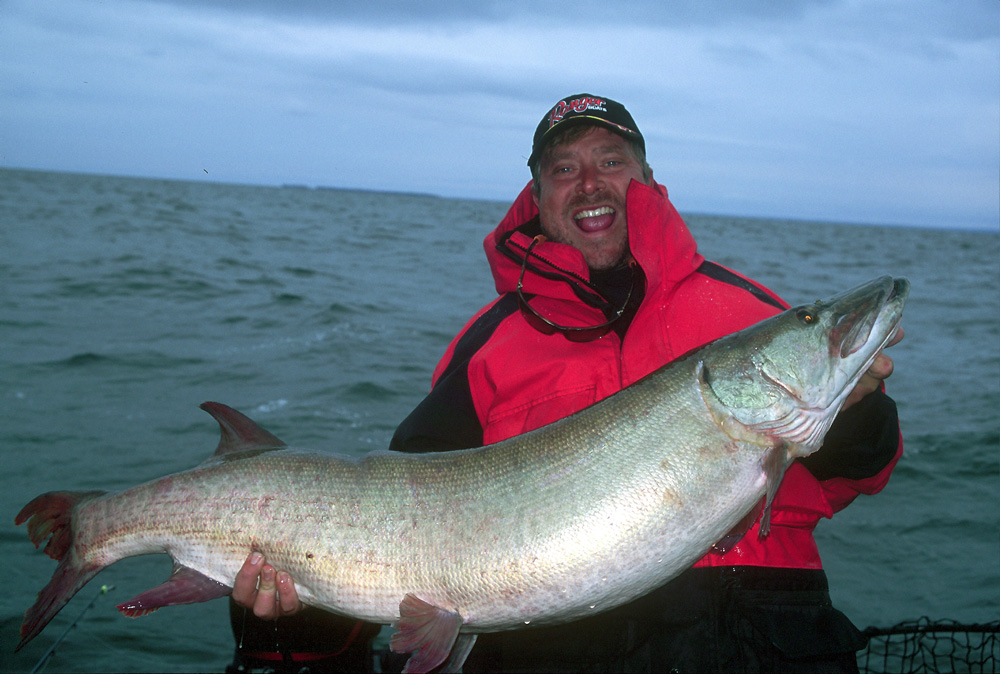 Canadians to Be Inducted Into the U.S.-based Fresh Water Fishing Hall of Fame

Three Canadians are on the 2015 list of inductees into the Fresh Water Fishing Hall of Fame: Gord Pyzer, Darryl Choronzey and Mike Lazarus. Here are their full bios, from the Hall of Fame press release, issued September 15, 2014.

Forty-two times National Communications Award winning writer, multiple National Magazine Gold and Silver Medal Winner, recipient of the 2014 Canadian Magazine Cover Award and Canadian Angler Hall of Fame inductee, Gord Pyzer, is widely regarded as Canada’s most scientific angler. Known in fishing circles as “Doctor Pyzer,”he has a Master’s degree in Resource Management and worked for over thirty years as a senior manager with the Ontario Ministry of Natural Resources, including Policy Advisor to the Assistant Deputy Minister for Northern Ontario. Pyzer is the Fishing Editor of Outdoor Canada Magazine and the Field Editor of In-Fisherman Magazine and Television. Pyzer is the Co-Host of the Real Fishing Radio Show currently in its 29th consecutive year of national syndication across Canada and the host of Fish Talk with the Doc, on the Outdoor Journal Radio Show. Pyzer’s On The Water Online blog for Outdoor Canada Magazine is eagerly read by tens of thousands of anglers and his bi-weekly blog for Northern Ontario Tourism is regarded as a “must read”for anyone planning a fishing trip in the province. A two-time recipient of the Northern Ontario Tourist Outfitter’s (NOTO) President’s Cup and winner of the Northwestern Ontario Tourist Outfitter Association’s (NWOTA) Conservation Award, Pyzer was named by The Fishing News as, “one of Canada’s most influential people.” In 2009, Pyzer was the third (and first living) person to be inducted into the Canadian Angler Hall of Fame.

Darryl Choronzey started his outdoor writing career in the early 1970’s freelance writing for the cross-Canada Globe and Mail newspaper, the Toronto Sun and Ontario’s syndicated Inland Publishing Group. For more than 20 years Choronzey published and edited Ontario Fisherman Magazine during the 1980’s and ’90’s. For another 20 years Darryl was the producer/host of the popular cross-Canada television series Going Fishing TV. For more than 40 years Darryl Choronzey has been educating not only fishing techniques, but fisheries enhancement from coast to coast. The fisherman/environmentalist has been deeply involved in numerous Canadian fisheries projects and improvements throughout the Great Lakes. A little more than a decade ago Choronzey approached the Ontario Ministry of Natural Resources with a plan to improve and enhance the steelhead fishing opportunities on the Saugeen River, a Lake Huron River tributary. With the co-operation and efforts of two clubs, the Ontario Steelheaders and the Lake Huron Fishing Club more than 50,000 wild steelhead yearlings are raised, reared and then released into prime spawning waters far upstream annually for maximum imprinting. The project also includes the upstream transporting of approximately 2,000 adult steelhead annually to upstream spawning sites. Today, ten years later, the Saugeen River is looked upon as one of the finest steelhead rivers on the continent with fish runs estimated at as many as 50,000 adult rainbow trout annually. In 2002, Choronzey was awarded the highly coveted Canada’s Recreational Fisheries Award in recognition of improving, protecting and promoting sport fishing in Canada. In 2011 Darryl was enshrined into the Canadian Sport Fishing Hall of Fame. For more than 50 years Darryl Choronzey has used both print and the airwaves to improve sport fishing and preserve our fish stocks.

Inducted into the Muskies Canada Hall of Fame in 2012, Mike Lazarus is perhaps the most prolific guide/producer of angling caught muskies of all-time. The numbers are staggering. He is responsible for the capture of over 9,000 total muskies in twenty-six years; more than 2,200 of which were over 50-inches; more than 300 were over 55-inches in length; 2 over 60-inches in length; more than 500 were over 40-pounds and more than 40 were over 50-pounds (all released except one). While truly a diverse angler, Mike’s knowledge and array of precision trolling tactics over such a vast amount of water are legendary within the muskie community. It may be that no other muskie fisherman in history has had knowledge over such a vast amount of muskie waters, having an intimate knowledge of the entire Great Lakes system from Sault Ste Marie to the farthest east range of Quebec.