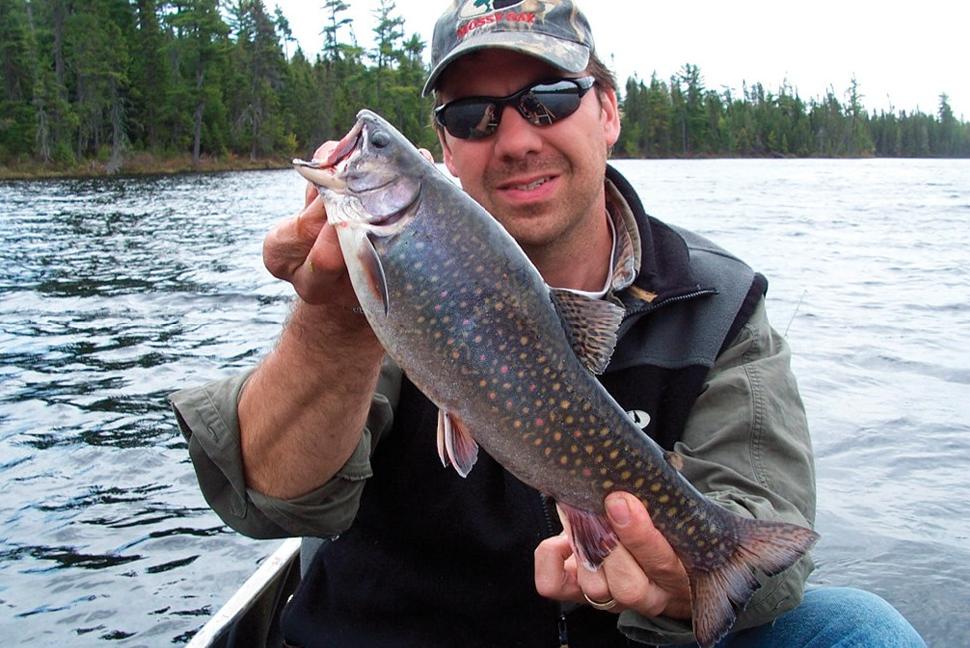 How to Fish for Landlocked Arctic Char

I first encountered the Quebec red trout back in 1974 during my first serious fishing foray into the heart of La Belle Province. I’ll never forget how it felt to pull in that first fish, a battling three-pounder. As a relic population of landlocked Arctic char, the Quebec red has long been viewed with great intrigue. They’re a fish like no other, exhibiting a perfect blend of strength and beauty. And there’s something unique and magical about the red trout that leaves a lasting impression.

Named for its brilliant red autumn-spawning coloration, the fish is similar to the brook trout, but lacks the brookie’s characteristic blue halo spots and prominent square tail. When it comes to taxonomy, Quebec red trout often get lumped in with Arctic char. After several hundred years of isolation from their anadromous cousins, however, these lake-dwellers have evolved into their own distinct subspecies.

Thirty-six years after I caught my first red, a full-blown trout love affair has me chasing these elusive fish throughout the province, striving to beat my personal record of six and a half pounds.

Where, When, and How

There are scattered, self-sustaining populations of Quebec reds throughout the northwestern, central and southern regions of the province, from a handful of waters near Témiscaming through to Parent and over to the north shore of the St. Lawrence River.

One thing I’ve discovered about fishing for reds over the years is that they can be extremely fickle-if they’re not in just the right mood, they simply won’t bite. To consistently catch reds, it’s crucial that you take water temperature and the lunar cycle into account. Early in the season, these fish tend to feed most aggressively before the surface temperature of the water reaches roughly 16ºC, and under a new or full moon.

Also consider the forage base, since reds are notably more piscivorous than brook trout, and will feed heavily on shiners, lake chub, freshwater herring and other available baitfish. They are crepuscular, too, so concentrate your efforts early and late in the day and spend extra time on the water during windy, overcast days.

When fishing for reds-whether casting toward submerged structure or trolling the flats-beware they can turn on or off without warning. One time, for example, I tried every trick in the book to entice a strike but nothing worked. Then I spotted a school of reds corralling minnows into less than three feet of water in a wild but short-lived feeding frenzy. A slowly trolled bucktail streamer did the trick. In similar situations, a gently presented dry fly or nymph can also work; sometimes I even resort to jigging a worm.

Reds can be skittish, too, so keep the noise to a minimum; use planer boards if you’re trolling with a gas motor. As well, spool on thin-diameter fishing line. whatever you do, don’t give up-catching a Quebec red trout is an experience that’s hard to forget.

Average Size: Two and a half pounds

Canadian Range: The southern half of Quebec, from the Abitibi-Témiscaming region in the west to Sept-Îles in the east.

The gear of choice for catching Quebec red trout, whether casting or trolling, is a seven-foot, medium-action spinning rod and a reel spooled with eight- to 10 pound-test, low-diameter monofilament or copolymer.

Fly anglers should be prepared with at least a nine-foot, six-weight rod, and both a weight-forward floating and full-sinking line.

Fly flingers do very well with Mickey Finns, Grey Ghosts and a variety of nymphs and bucktail streamers.