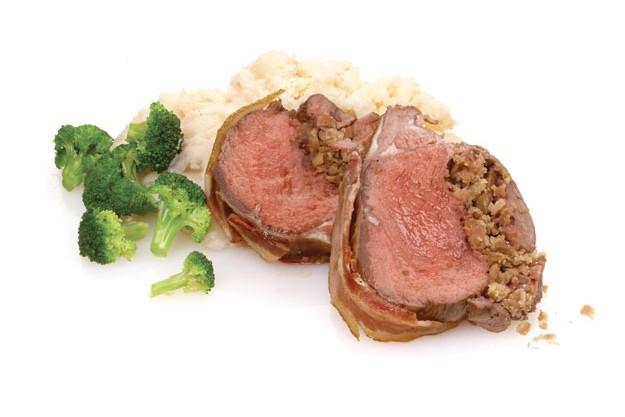 This is one dish that’s guaranteed to disappear faster than you’d expect. A three-pound section of white-tailed deer backstrap should sate four diners, with enough for leftovers. If there are more at the table, make a second three-pound roast rather than using a longer section of loin. You can also use elk or moose with this recipe.