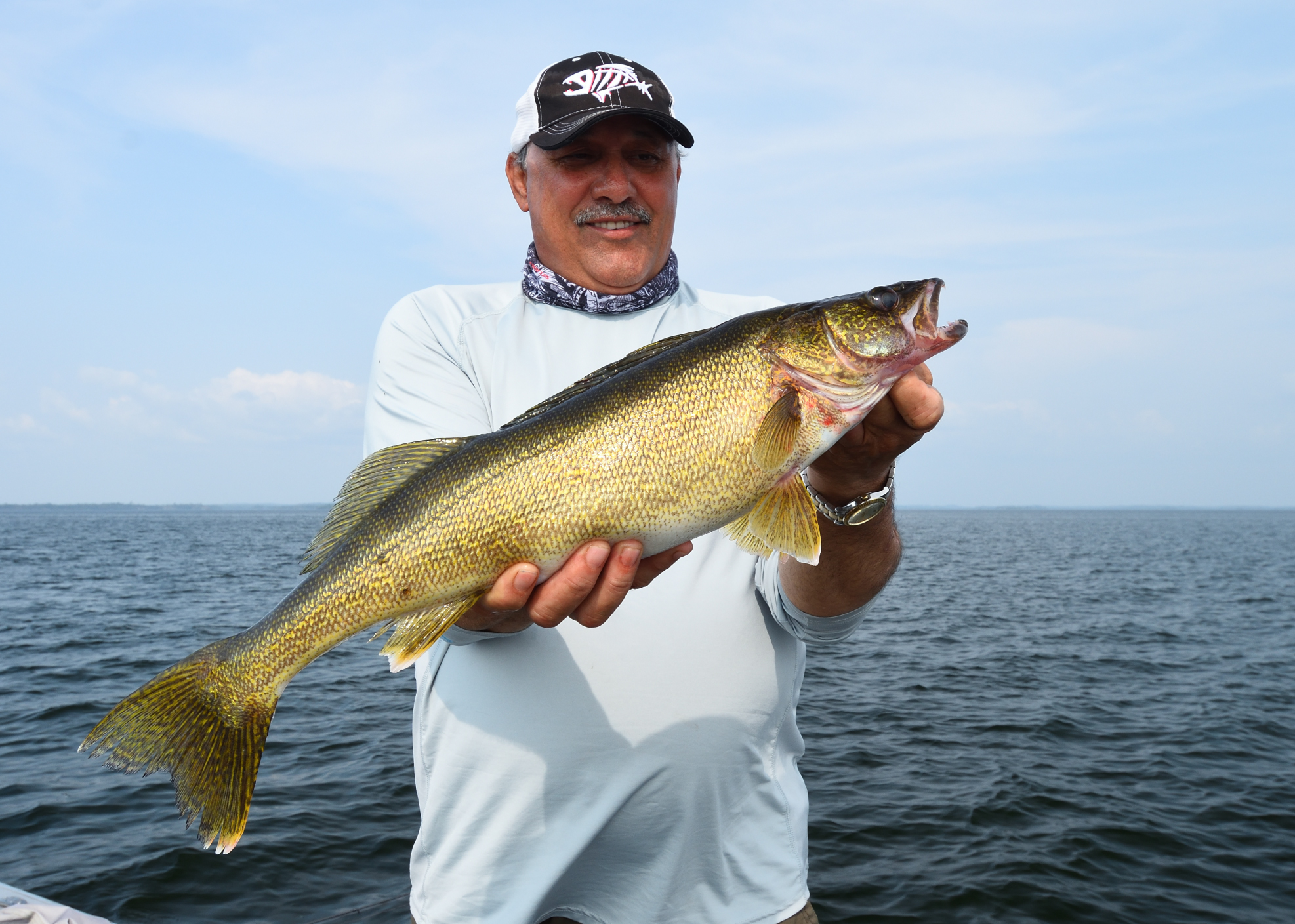 Why disappearing ciscoes could mean big trouble for walleye populations

Most of the very best walleye fisheries in North America have silvery, soft-rayed ciscoes as the principle forage. Ciscoes are typically what fatten up and nourish walleye to become the magnificent creatures we marvel at catching.

Indeed, ciscoes, also known as tulibees and herring, are so vital to the health and vibrancy of so many world-class walleye fisheries that my good friend Jeff Matity, who heads up Saskatchewan’s Fort Qu’Appelle Fish Hatchery, recently spent time working up their caloric benefits. He also did the same for every other species that devours ciscoes, including lake trout, smallmouth bass and northern pike. What he discovered is that every pound of ciscoes swimming in a lake represents the same caloric energy as a McDonald’s Double Quarter Pounder with cheese.

Think about it: as a primary prey species in many waters, ciscoes are often the most plentiful fish in the lake, so every one of the hundreds of thousands, even millions of ciscoes, is a swimming double cheeseburger.

But there is much more to the story, and that’s the fact that ciscoes are a cool-water pelagic forage fish that spend their lives roaming the metalimnion (or thermocline) that sets up in lakes that are deep enough to stratify. This narrow band of cool water exhibits the steepest drop in temperature, often plummeting as much as one degree per foot of depth change, and separates the cold deep hypolimnion from the warm shallow epilimnion. The relationship is so important that many fish managers and biologists refer to the thermocline as simply the “cisco layer.”

Because ciscoes represent such an enormous store of energy, as soon as walleye are large enough to feed on them, greenbacks spend much of their lives dipping down daily, foraging on ciscoes for breakfast, lunch and dinner. This is especially so for female walleye, which grow the largest. By living in close proximity to the ciscoes, in the same cool deep water refugias, female walleye can slow down their metabolism and devote more of the energy they consume to growing larger in order to produce more eggs.

Talk about a win-win scenario.

But as good friend, former OMNR colleague and world renown walleye scientist, Dr. Peter Colby has been warning for years, we’re losing cisco populations at an alarming rate. It’s especially dramatic in some of the most legendary walleye waters at the southern edge of the ciscoe’s range, in places like southern Ontario, Wisconsin and Minnesota. And with the inexorable loss, we’re losing the ability to grow and catch walleye.

What is happening, of course, is that our waters are warming up much earlier and faster in the spring, staying warm much longer into the fall and reaching levels hotter and deeper in the summer than ever before recorded.

As most anglers know, fish are cold blooded animals which means they can’t put on a sweater when they’re cold or shorts and a t-shirt when they’re hot. Their internal body temperature is the temperature of the water in which they are swimming, so in order to regulate it and survive in the most advantageous section of the lake—which is different for almost every species—they need to swim into the zones that optimize their growth.

So, why don’t the ciscoes simply swim down into deeper and colder water where the temperature is ideal if the surface is getting too hot? If only it were that simple.

Because most of our lakes stratify into three discrete zones, the thermocline being the barrier that separates the other two, the deep cold hypolimnion only gets its oxygen tanks recharged and restored in the spring and fall, when the lakes cool down to a relatively consistent temperature from top to bottom, and turn over.

But turnover in many southern walleye/cisco waters is now much more rapid and often incomplete. Worse still, because the epilimnotic surface waters are getting hotter in the summer, they’re producing more microscopic plant and animal life that eventually dies, settles to the bottom and decomposes. And it is this decomposition process in the hypolimnion that is pulling oxygen out of the water, in a bottom up process.

See what is happening?

In more and more walleye/cisco lakes at the southern edge of the range, the ciscoes are being hemmed into an ever smaller shrinking world of water. If they swim down into the cooler zone, they suffocate and die. And if they swim up to catch a breath, they are forced into a zone of lethal hot water.

Talk about finding yourself between a rock and a hard place.

You might wonder, however, as bad as it is going to be for ciscoes in these lakes, at least the walleye can relocate to shallower water and feed on other species like yellow perch. And it is true. But if nutritious, delicious, soft-skinned ciscoes are like McDonald’s Double Quarter Pounders to walleye, hard-scaled, sharp-rayed yellow perch are like carrots and broccoli. From a caloric standpoint, there is no comparison.

Worse still, perch inhabit warmer water, so if the walleye are forced to forage for them in order to survive, they have to turn up their metabolic rates and expend much more energy to catch much less nutritious meals. It is a losing battle, as fisheries managers are finding throughout the southern walleye range.

And let’s not forget, too, that many other species such as smallmouth bass and largemouth bass not only live in the warm, shallow epilimnion, they thrive and prosper here. And so, if their habitat is expanding, their individual size and numbers will as well. And they will outcompete walleyes in waters, where in the very recent past, walleye were the kings and queens.

Oh, yes, and don’t blame the bass, or Mother Nature, for that matter. She doesn’t give a hoot about or read tweets, and she doesn’t enter the global climate change debate. Instead, she shoves her powerful messages down our throats until we choke on them, and maybe, just maybe, wake up and heed the message.

We’re losing the ciscoe layer at an alarming rate.