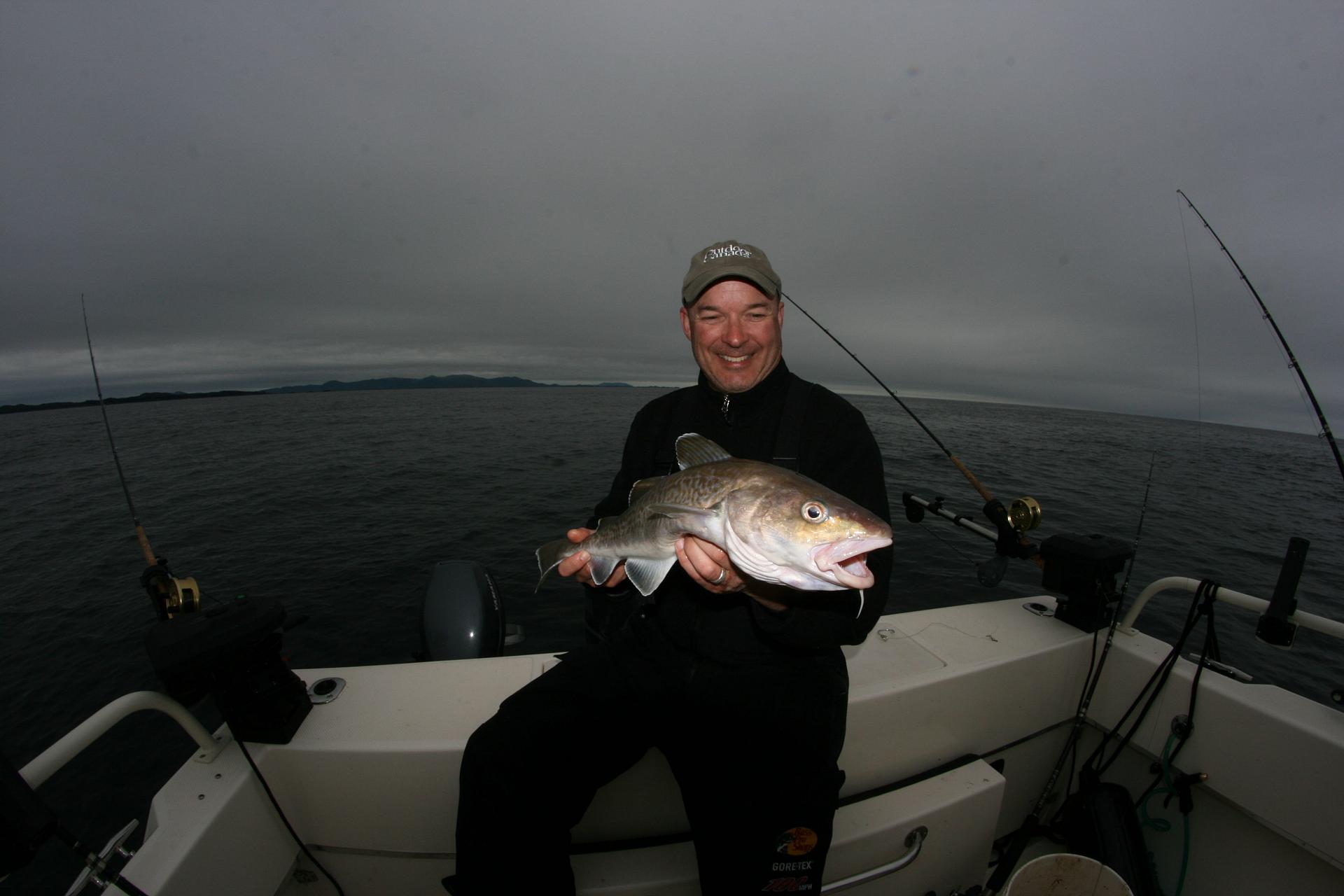 Day 2 On the Water at the Great Pacific Salmon Lodge

Three tyees were caught today here at the Great Pacific Salmon Lodge. But not by me. Or buddy Billy Shields. The upshot: Our tyee quest continues.  We have one more day to crack the magical 30-pound threshold. I did come close this morning with a 26-pound chinook (in the photo at left), nailed in the same vicinity as the three tyees that were landed. Billy broke the 20-pound mark, too, with a 22-pounder. Nice fish, for sure, and great fighters. But they’re not tyees.

So, who were the lucky anglers? Brad Fenson cemented his Tyee Club status by hauling in two nice fish, a 32-pound chinook and its big sister, a 34-pounder. (Greedy, no?) The day’s third tyee, meanwhile, went to Vanessa Harrop, which was kind of cool because it was her first-ever chinook. Congrats to Vanessa. (Grumble, grumble.)

We actually got into the chinooks pretty good today, after switching to a slower presentation: cutplug herring, with the kicker dialed right back. Seems the coho prefer the quicker hootchies we were pulling yesterday, because all we were catching this morning for a while were the black mouths.

After getting our limit of chinook (before 10 a.m., for god sakes), we switched over to ground fish for the afternoon. The action was slow, but I did catch my first Pacific cod, which I released. I also caught a nice little eating halibut, which I did not release.

Tomorrow. Last chance. Billy Shields and I each have room on our licences for one more chinook apiece. Talk about down to the wire. If we can keep off the cohos, and avoid bleeder under-30 chinooks, well, hope springs eternal. Stay tuned. 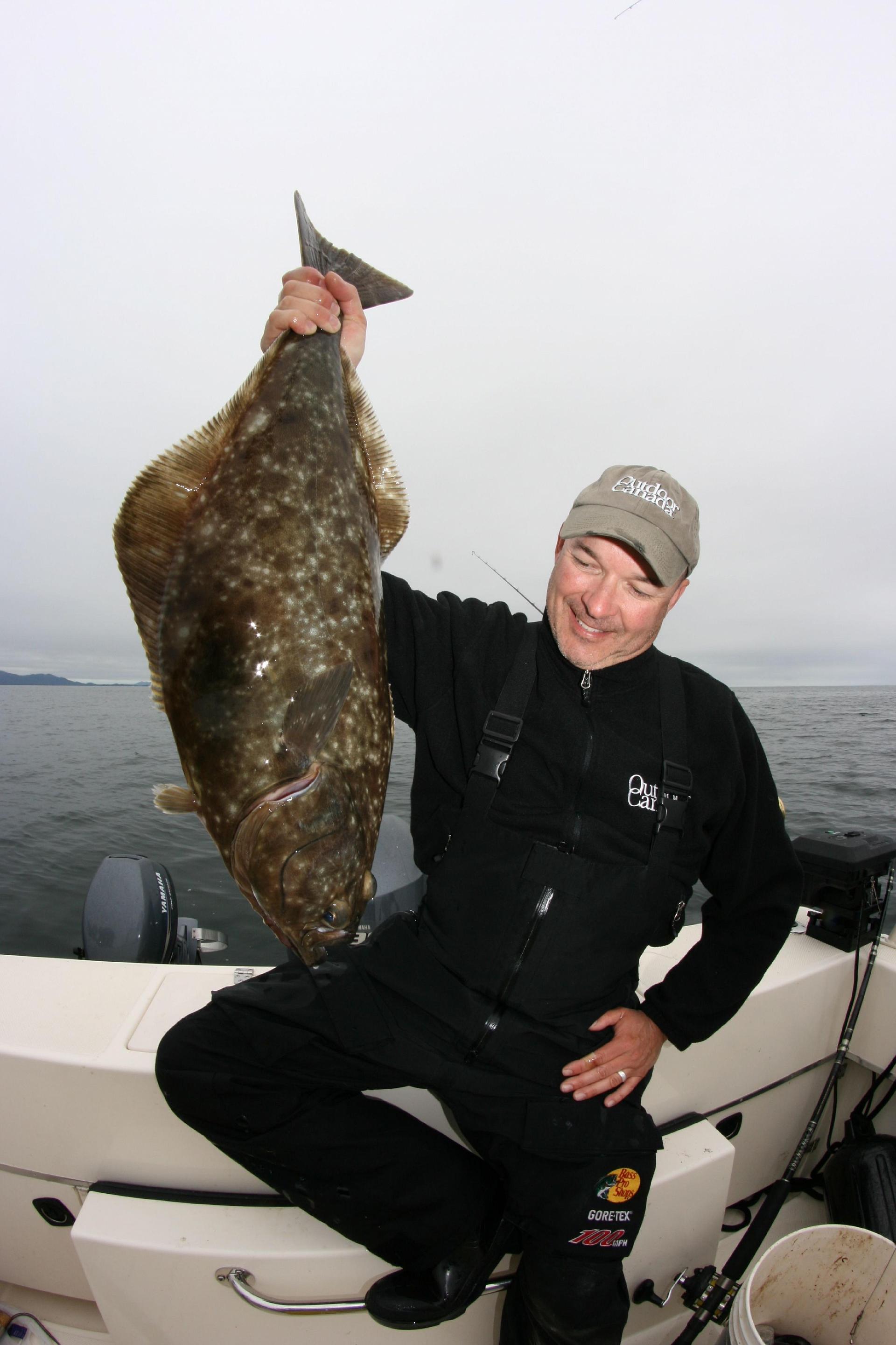