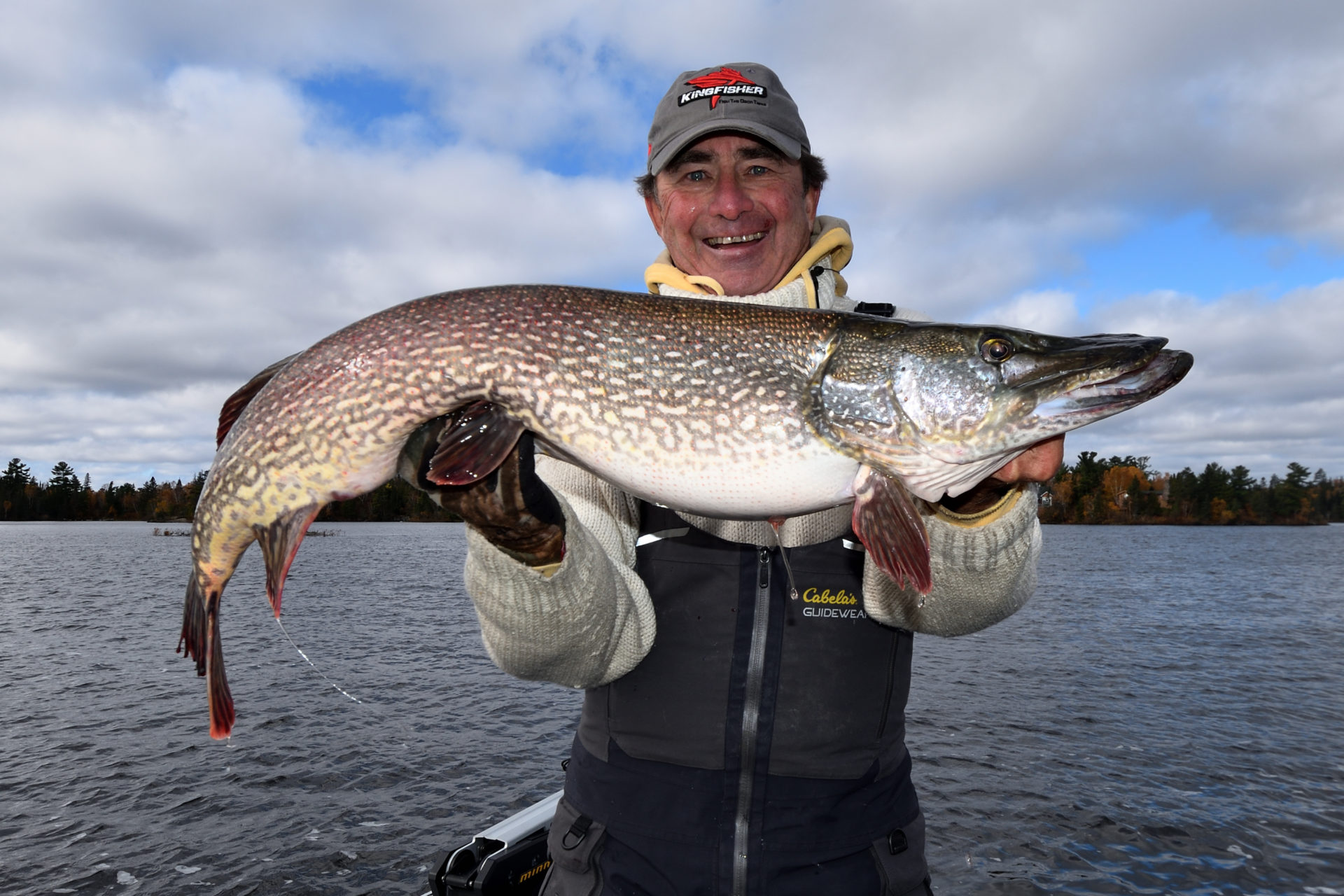 Take two identical pike lakes, one with clear water, the other dingy and the system with transparent water will excel every time. Even within large pike lakes, the sections with the clearest water will typically produce the most and biggest fish. The reason, according to good friend and former OMNR colleague, Dr. John Casselman is because pike are such finely tuned visual predators.

But, while the big toothy critters fare best in lakes and rivers where they can spot their prey off in the distance, it doesn’t necessarily follow that you will enjoy your best results on bright sunny days.  In fact, the opposite is true. “You will catch three to four times more pike on cloudy days,” says Casselman, “than you will on bright, sunny days.”

Indeed, Casselman, who worked his way through university as a fishing guide on the St. Lawrence River, noticed that the old timers were most successful in the morning when they fished the north-facing edge of weedy banks on the south side of the channel. Then in the afternoon, when the sun was in the west, the guides would move and fish the east-facing weed banks. It quickly became apparent that the pike were preying out of cover, with the sun on their backs. But here is where it gets amazing: When Casselman stayed out late into the evening, he discovered the best pike fishing was exactly the opposite. During the low-intensity light of sunset, the fish used the failing light to silhouette their prey like World War II fighter pilots engaged in aerial dog battles.

Even the amount of weed growth can affect a pike’s ability to see and ambush prey. “Pike are fussy about the density of aquatic vegetation,” says Casselman. “Some really interesting studies were done in Holland on this matter, where they were studying pike as controlling predators on abundant prey populations. If the vegetation was too dense, pike were unable to control a burgeoning prey base. We know, of course, that pike predation involves an edge effect, normally preying out of the edge of weed beds.”

All fascinating stuff, as I discuss in this week’s Fish Talk With The Doc video, that is grounded on the fact that you will enjoy your best pike fishing in clear water.