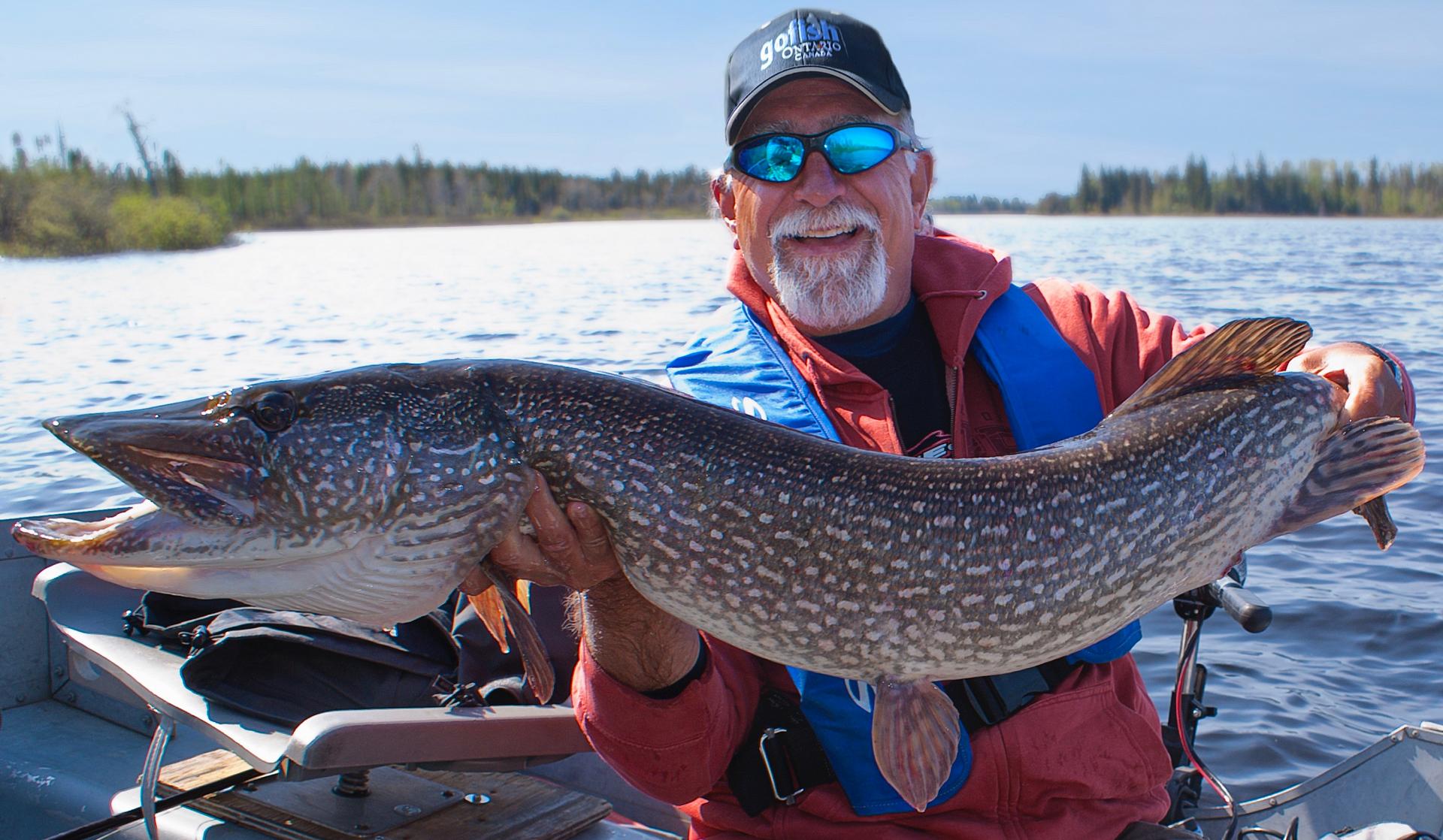 If you’re looking for a northern pike and walleye adventure that takes you deep into Canada’s bush country, the Attawapiskat River in northwestern Ontario is a great choice. Northerns in the 40-inch-plus range are plentiful, and walleye after walleye can be caught all day long in specific little hot spots.

The river starts at Attawapiskat Lake and flows east for 748 kilometres—with a drainage area of 50,500 square kilometres—before emptying into James Bay. Our first trip to Pym Island on the Attawapiskat was nothing short of spectacular in the northern pike department. And it didn’t take us long to pattern these fish—big baits equal big fish on the Attawapiskat.

Giant white tube jigs were the ticket in the fish-filled section of the river around Pym Island. When we first heard those big tubes crashing down on the calm water, we thought for sure any fish in the immediate area would have been spooked. Maybe it did scare away some small pike, but the giants came in at full force for a quick investigation, then a powerful chomp. It was both amazing and hilarious.

On our second trip to the Attawapiskat, the conditions were a lot different. The water temperatures were frigid and the trophy pike were lethargic, although still willing to bite. Finding some action was all about location. We searched and finally found a tiny weed patch along a protected shore that held a surprising number of fish. If we hadn’t had the prowess and tenacity to really concentrate our efforts in that single 100-foot area, the TV show for big northerns we were shooting at the time could have been a bust.

For a break in the pike action, and to feed our insatiable love for walleye fillets, a classic Canadian shorelunch became part of our daily routine during both visits to the Attawapiskat River. It doesn’t get much more Canadian than tackling giant pike for sport and eating delicious walleye for lunch—every day!