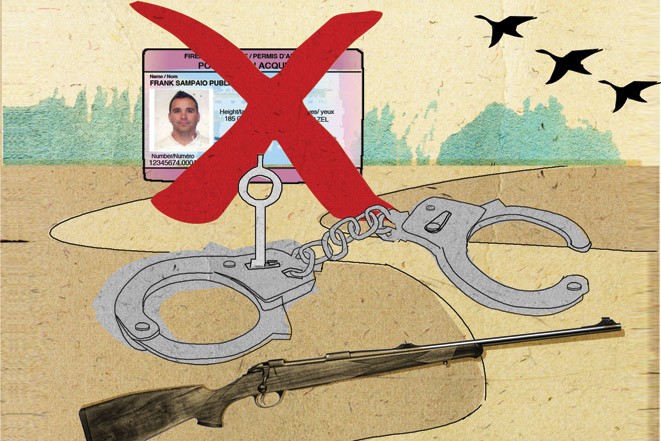 Firearms licensing as we now know it in Canada needs to go. I’m sure that statement will set off alarm bells from coast to coast, with people shaking their heads in disbelief over such nonsense, but let me explain.

Over the last decade, hunters banded together with other shooters of all stripes to get rid of the reviled long-gun registry. This was a giant step forward for law-abiding firearms owners, but unless we address the major problems with the current licensing laws, the elimination of the registry isn’t really enough to help anyone who owns and uses guns.

The key issue that needs to be understood is the difference between licensing and certification. In the days before Possession and Acquisition Licences, or PALs, we had a card known as the Firearms Acquisition Certificate, which allowed people to purchase firearms. Known as an FAC, it was proof you’d undergone a criminal background check, had an interview with a police officer and there was no reason you shouldn’t own a firearm. This was a form of certification, and the only people who had to worry were criminals and those otherwise prohibited from owning firearms.

With the implementation of Bill C-68 and the PAL system starting in 1995, however, all that changed. What was sold to gun owners as simply “a new card” was actually a major shift in how firearms laws worked. With Bill C-68, every gun owner in the country effectively became a criminal under the Criminal Code—unless, that is, the gun owner completed the Canadian Firearms Safety Course, was vetted by police and obtained a PAL, which essentially gave the holder temporary permission to break the law.

The problem here is that every gun owner in the country is now one paperwork error away from a criminal charge of unauthorized possession of a firearm. If you forget to renew your licence, you now stand to face the same charges—and penalties—as the gangbanger caught with an illegal handgun in his waistband. Mere ownership of a firearm by an otherwise law-abiding Canadian should not constitute a criminal act, but under our current licensing laws, it very much does.

Also contrary to all common sense, PALs expire every five years. You only have to pass the safety course once in your life to maintain your PAL, so what’s the purpose of renewing every five years? I’ve never received a good answer to that question. It seems to me it’s a way to catch people out and revoke their right to own firearms.

Even more disturbing is the potential for abuse. What if a future anti-gun government decided to implement a prohibitively expensive fee to renew a PAL? What if it just decided not to renew them at all? That would be a great way to eliminate gun ownership in this country, and based on what I’ve heard some politicians say about firearms, neither scenario is far-fetched.

That said, not all parts of the PAL system are bad. The licensing regime brought in mandatory safety training and testing for everyone, an element that didn’t exist with the FAC. I believe effective safety testing is a good thing, and that the majority of the firearms community would agree that, at the very least, it doesn’t hurt.

Contrary to what some may warn, the shooting community is not out to remove all gun control to allow anyone to buy a firearm as easily as buying a pack of gum. No, what we’re looking for is a common-sense approach to gun control that incorporates the positive aspects of both certification and safety while removing the threat of criminal prosecution simply because you choose to own a firearm.

In a perfect world, we’d see a return to an FAC-type system, with the added mandatory requirement for safety certification. Firearms ownership would be decriminalized, certification would be valid for life unless there was a reason to have it revoked, and the government would only track those who are prohibited from owning firearms, not legitimate gun owners. That’s what I mean when I say firearms licensing must go.