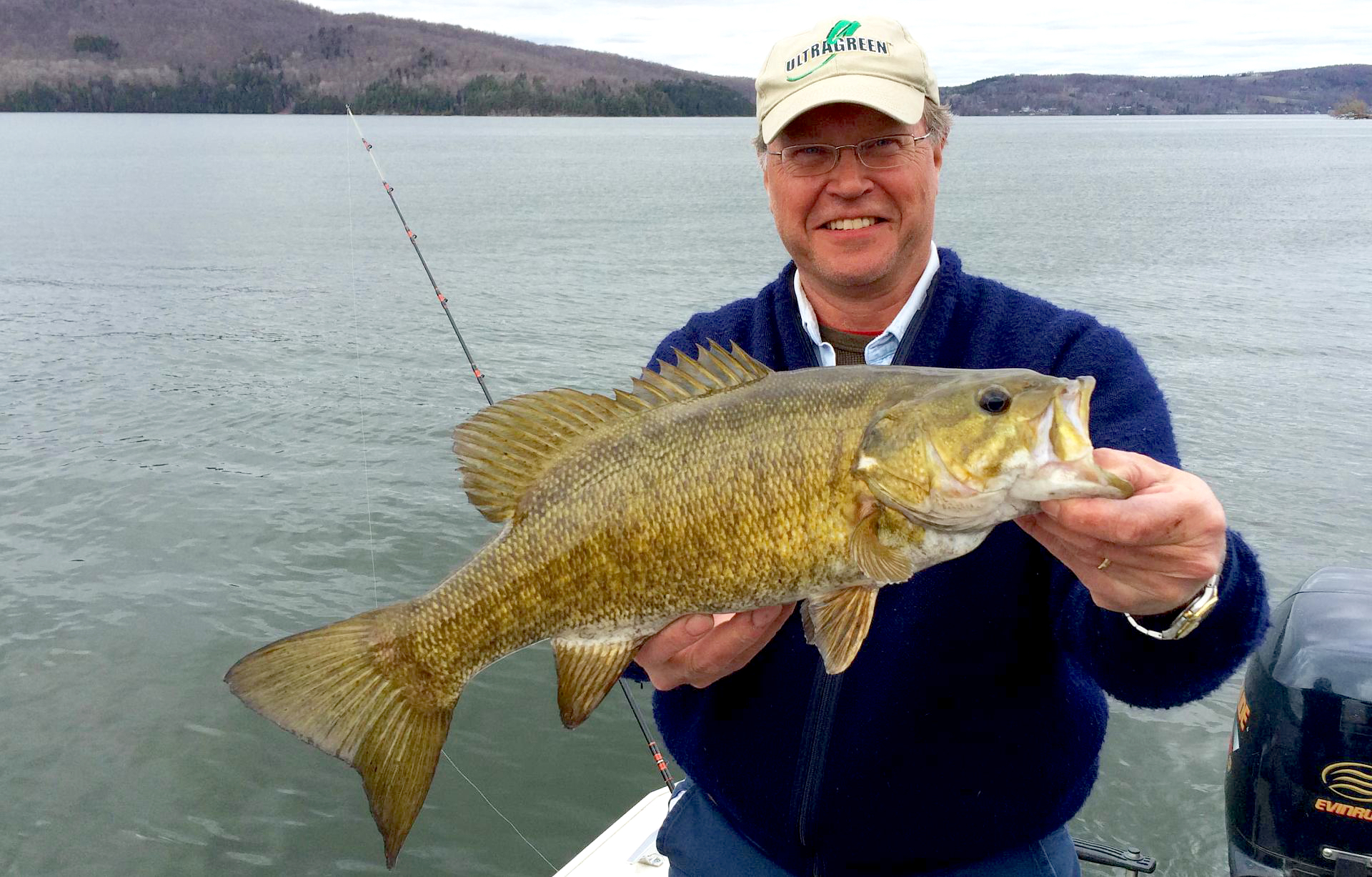 Why You Should Fish to Your Strengths—Especially on Tough Days

Like so many anglers across the country, who favour fishing for bass and walleye in the fall, my buddy Mark Stiffel has been wracking up the runs of late in the Eastern Townships of Quebec.

No big surprise there.

What likely will catch you off guard, however, is how Mark is doing it. Unlike most anglers who concentrate on finesse techniques, especially jigs tipped with lively minnows, Mark has been trolling with lead core line.

That’s right—he is whacking the daylights out of the walleyes and smallmouth the way he best knows how to do it.

It is lesson lost on so many anglers. 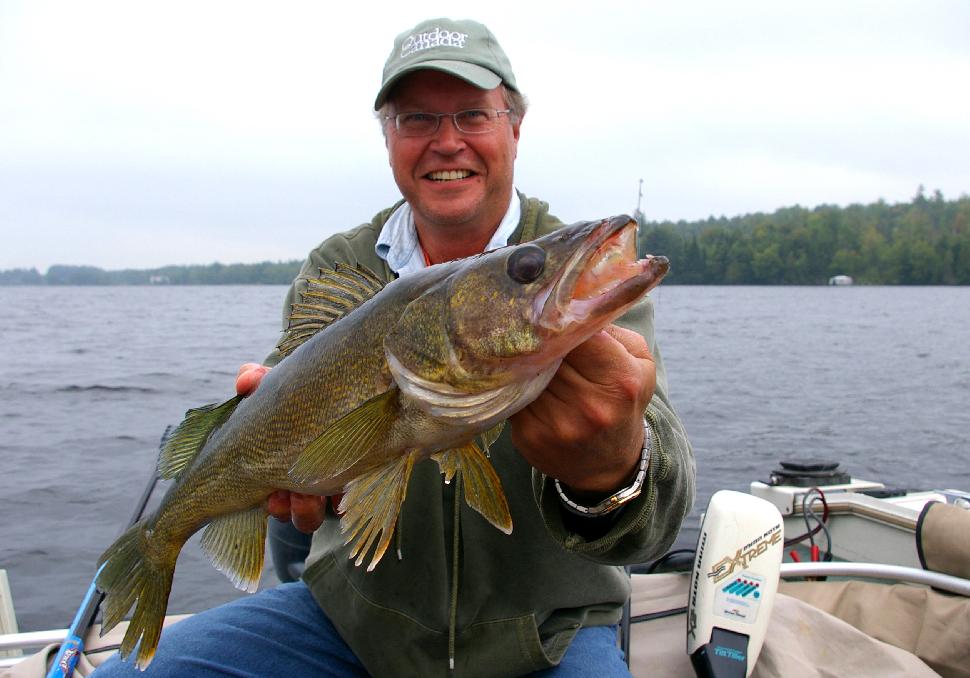 Indeed, I recorded my last Outdoor Canada magazine Fish Talk With The Doc video tip of the season the other day for the boys at the Fish’n Canada television show and I mentioned how so many anglers who follow the bass and walleye tournament scenes will madly rush out and buy the winning lure, as soon as they discover how a big cast-for-cash event was won. Then they will hit their favourite lake or river, try the technique for an hour or two, and as often as not, fail.

Now, I’ll admit, I am a member of the herd as well. But having spent so much time fishing with top flight guides and season pros, like Mark, who is one of the best lead core line specialists on the planet, I learned long ago that when the conditions are tough, nothing beats fishing to your strengths.

I learned the lesson long ago, when Bassmaster Classic Champions Guido and Dion Hibdon fished the Kenora Bass International, the biggest bass tournament in the country, finishing in second place, having never wetted a line in the massive inland sea prior to the event.

When I interviewed Guido afterwards, he told me the secret to his and Dion’s success—they missed first place by mere ounces—was when they learned that so many anglers were doing well in practise catching bass on crankbaits.

He said that as soon as he heard this, it told him the bass were relating to the bottom and that he and Dion could catch them casting tube jigs, a technique for which he was recognized as one of the best in the world.

“On our last outing,” buddy Mark Stiffel said, “we caught 28 walleyes and 20 smallmouth pulling lead core. It was strange, too, because we found the bass in different water this year, likely because of the heat we’ve been experiencing. I have fished this lake for 25 years and in all that time, pulling lead in 30 feet of water in the fall for walleyes, I’ve only caught a dozen bass. We doubled that this year in a single outing and the fish were all big. We even caught jumbo perch as well.” 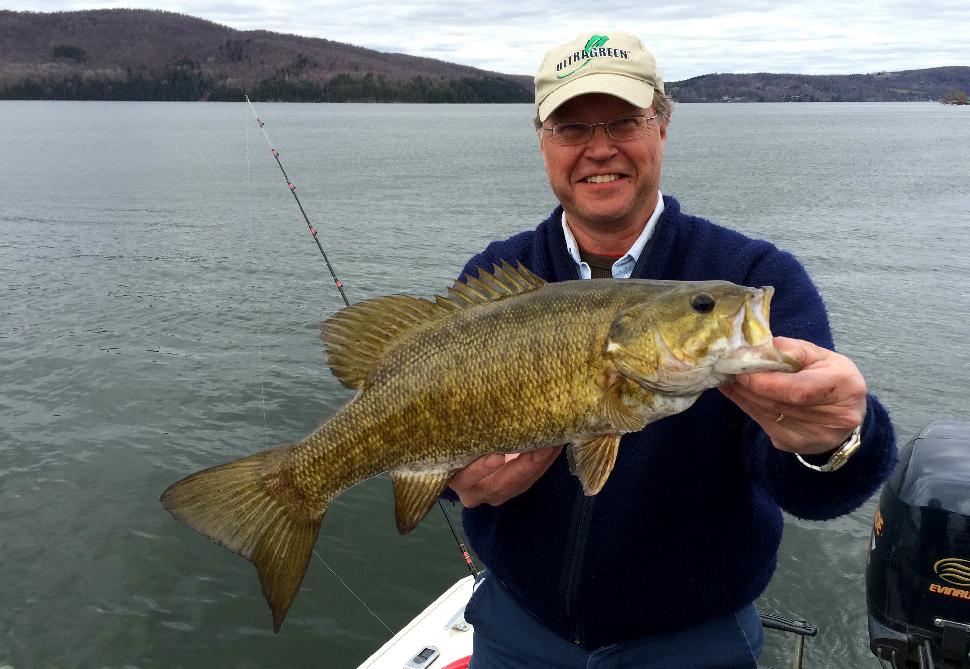 But here is the take away message.

“On our previous outing,” Mark said, “a thunderstorm blew up at the end of the day and there was a mad scramble to get back to the launch ramp and off the lake. Six or seven boats pulled out together, ahead of the storm.

“My buddy and I had a great day catching 29 walleyes, 14 bass, six northern pike and half a dozen jumbo perch. We kept the 10 smallest walleyes and four perch for dinner, releasing all the bigger fish.

“While I was waiting for my buddy to get the truck, I struck up a conversation with the other anglers and the consensus was that the walleyes haven’t moved down yet.

“The other five boats combined didn’t catch a dozen fish and the comments ranged from ‘two small walleyes, a pike and two perch’ to ‘it was a bad day, the fish just weren’t biting.'”

When you fish to your strengths, folks, the fish are almost always biting.