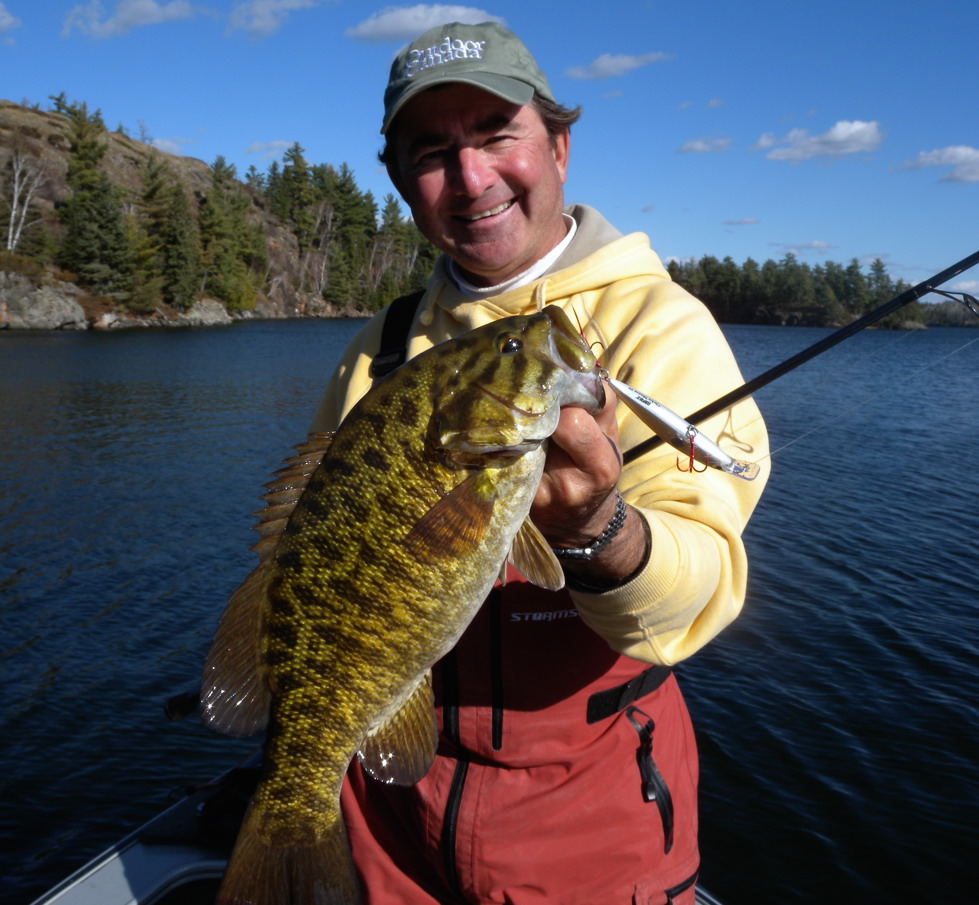 I received an interesting email the other day from Mike, a reader in South Carolina, who has obviously picked up on the fact that I love fishing—during the open water season as well as through the ice—with gel spun superlines spooled on my reels. Here is what Mike emailed me, followed by my reply:

Ok, give me the scoop on Nanofil, can I see the original color or do I need to go with a hi viz?

Most concerned about the visibility but somewhere some pro said it was so slick you had to use special knots. I know you are a fan, so I thought I would ask.

Thanks and what pound test do you use most on those giant smallies? If it will capture them it will contain anything I hook.

I love using gel spun superlines like Nanofil, Fireline and Sufix Fuse on my spinning reels. I have at least 20 reels spooled with the stuff. (By the way, I don’t use gel spuns on my baitcasting outfits, but for spinning purposes it is ideal.)

Indeed, I’ve long been a fan of superlines like Fireline and Sufix Fuse (and now Nanofil), favouring them for their ultra-small diameter.  With the thin lines I am able to make long casts with light jigs and similar finesse-type lures.

Four- and six-pound test gel spuns are as tough as fluorocarbon and monofilament lines three or four times as strong.  As a matter of fact, I am told that gel spun lines are actually rated, in terms of break strength, at the knot and not the actual line itself. That is why you can’t pull and break even four or six pound test line as you would think you would be able to do. Plus, gel spuns are totally non-stretch so you get excellent sensitivity and hook sets at long distance.

As a general rule, too, gel spun lines are extremely durable, so the longer you use one and “break it in,” the better it will perform.

To be honest, I actually prefer my gel spun lines after several weeks of use and the “waxiness” has been removed! Even a year later they’re still ideal!

The new Nanofil is very similar to both Fireline and Sufix Fuse, but I find it even more finesse oriented. By that, I mean I find it thinner still, with diameters so small (especially the 4 and 6 pound test) you’d think you were fishing with spider’s web.

But, I also find Nanofil to be much closer, strength-wise, to the stated pound test, so in this respect, at least, it is a little less forgiving.

Also, in light of this, I find that you have to be more careful with Nanofil in terms of nicks and scrapes. It is much less waxy and slippery, in my opinion, than say, Fireline or Suffix Fuse. With the latter two lines, you can be almost careless with them and they won’t fray or break, but it is less the case with Nanofil.

However, I can throw a tiny 1/16 ounce jig a country mile with Nanofil and again, there is no stretch so I get perfect hook sets.

If you’re a “line watcher,” Nanofil’s white colour is easy to see but I have to be honest when I say that I hate white coloured line. This is purely a personal hang-up, but I think it is too visible and thus, much prefer the smoky blue colours of Fireline and Sufix Fuse. By the way, the folks at Berkley tell me a smoke coloured Nanofil is on the horizon—let’s hope so.

When Nanofil first came out and I received a test spool, I took a black magic marker and tried to blacken the last 20 feet or so. It worked for about 10 seconds. The line doesn’t absorb water—or colour—so it quickly smudged off on my fingers.

The white colour isn’t a huge issue, however, because I always add a fluorocarbon or monofilament leader to the end, connecting the leader to the mainline via back-to-back uni-knots, which I have never had fail.

Like you, I’ve also heard and read that the slickness of the line can make knots problematic, but I’ve personally not found that to be the case. Ditto with Fireline and Sufix Fuse.

I use either a standard improve clinch knot or a Palomar knot whenever I tie direct to my lure and don’t use a leader (which I confess is rare) and honestly cannot recall a single knot slippage or failure.  I always pull my knots tight, under slow steady pressure, and test them carefully. Of the two knots, the Palomar seem to be the less slippery.

Also, a couple of friends who share my passion for gel spuns always double over the ends of their Nanofil, Fireline and Sufix Fuse lines, and I know that the Berkley folks who make the first two products suggest adding a second loop to the Palomar knot. I am sure both of these suggestions work.

For almost all of my smallmouth fishing, I stick with 10- to 14-pound test gel spun lines when I am throwing suspending jerkbaits and swimbaits. For finesse presentations involving light jigs and soft plastic dressings, however, I use six- and eight-pound test.

Finally, when I want to get real sneaky and make long distance casts with ultra-light jigs, I’ll scale down to 4-pound test which is equal to about 1- or 2-pound test monofilament in diameter.

Oh, yes, one last important detail you probably already know, and that is that you can’t spool any of the gel spun lines directly onto your reel.  Instead, you must first lay down a small “bed” of monofilament or fluorocarbon line.   Just a few feet is sufficient, but if you try to spool gel spun line on directly, it is so slick, the line will slide around the metal spool under the pressure of a hooked fish.