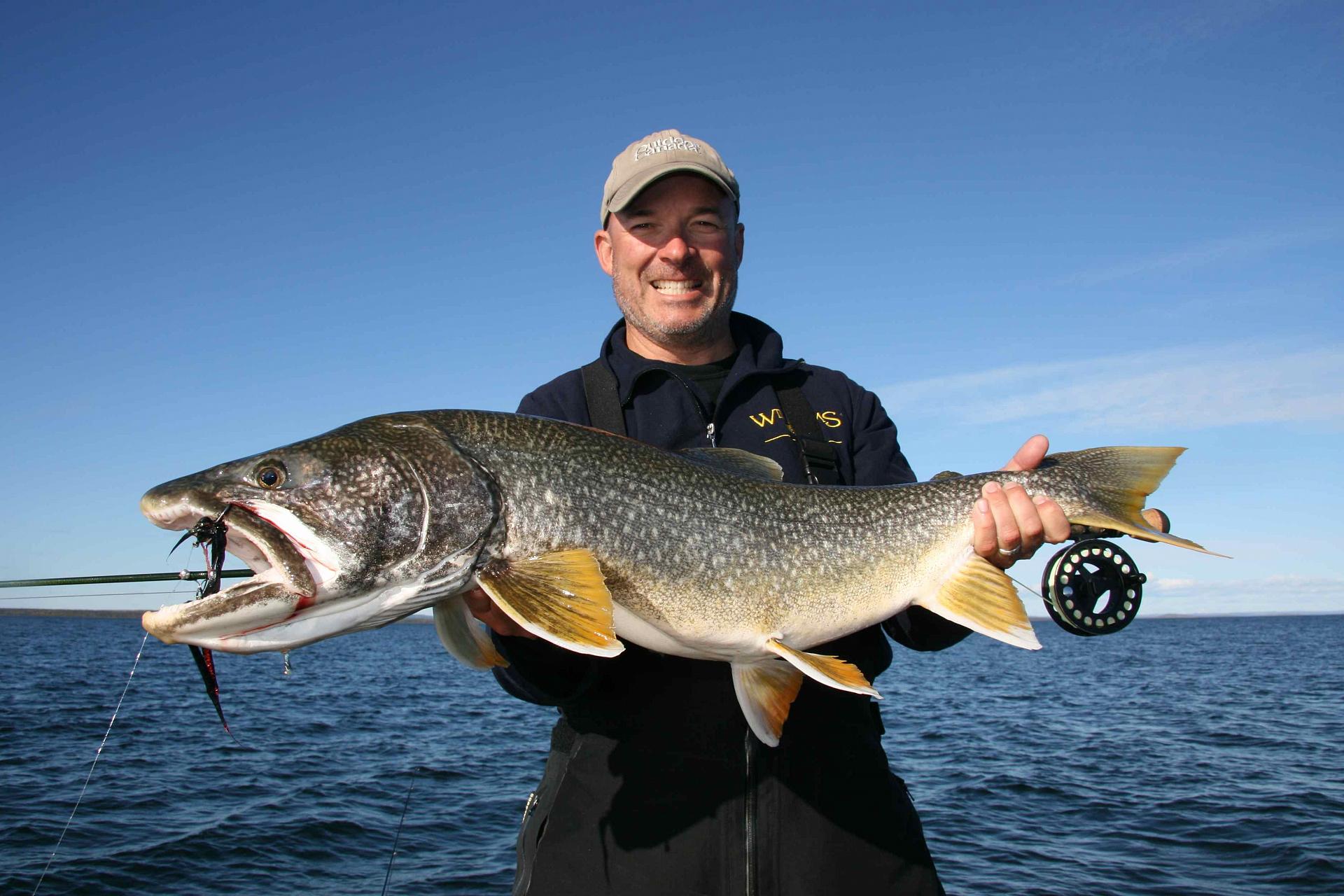 Seven days of fishing—all done. I honestly can’t believe how fast the past week has blown by up here on northern Saskatchewan’s Lake Athabasca. Imagine: seven days, 10 hours a day in the boat, and I still want more. (Well, 10 hours a day in the boat except for today; for the first time this week, Eppinger’s John Cleveland and I took a break from the fishing to enjoy a great shorelunch of freshly caught trout.)

In the end, it was really, really hard to strip in my line after the final drift, knowing it was time to pack it in and head back to camp. I guess that alone speaks volumes about the great guiding here at Lakers Unlimited, the camaraderie with my new friend, John Cleveland, and to the amazing laker fishery itself.

I’ll make this posting short, since I now have to pack up my stuff and be ready for the early-morning floatplane jaunt back to Fort McMurray. To sum up, today we continued the quest for big fish. So, while we didn’t catch huge numbers of fish, John and I still recorded 11 double-headers, converting four of those into triples—the most triples of the week. As well, John once again broke a Freshwater Fishing Hall of Fame catch-and-release line-class record, again taking the eight-pound tippet category for lake trout up a notch with a 37-incher. Too cool.

So, with that, I’ll sign off and get to packing and having a final cocktail or two with the other guests (Americans all, except for yours truly and one other Canuck, Harold Power, from Victoria, B.C.). What a great bunch of guys, all now on a natural high from likewise having a fantastic week of lake trout fishing.

Thank you, Cap’n Bruce, to you and your team for the great hospitality and putting us on the fish. Anytime you want me back, just ask…

A full feature on fly fishing for Athabasca lake trout will appear in an upcoming issue of Outdoor Canada magazine.