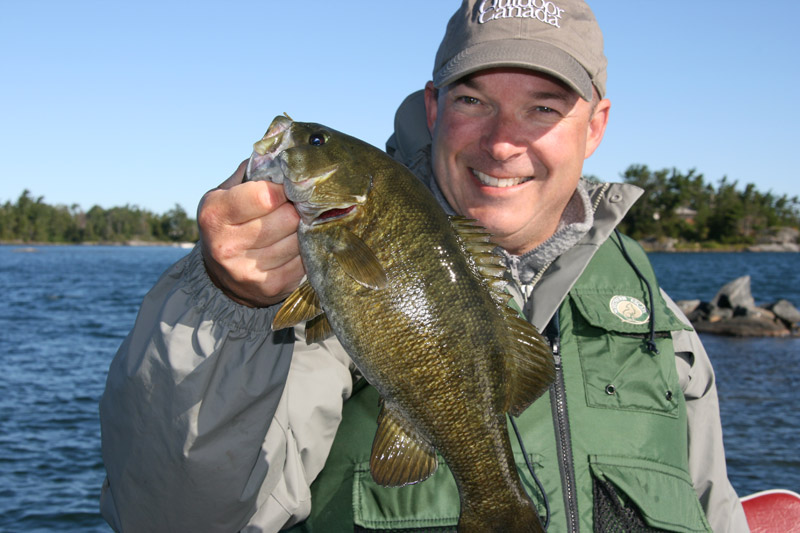 Covering 15,000 square kilometres, Lake Huron’s Georgian Bay is almost as big as Lake Ontario, and the fishery is nearly as varied. Over the years, we’ve suggested trolling off Owen Sound for salmon, fishing buzzbaits along weedlines for big pike, casting around Honey Harbour for smallies and huge muskies, and drifting roe bags for rainbows (and the odd giant catfish) in Severn Sound. There’s even great, untapped largemouth fishing in the massive bay’s innumerable weed-filled nooks and crannies.

Why We Chose It: In 2010, Smallmouth bass; Great numbers and big fish.

When to Fish: Late June to ice-up.

Where to Fish: Early in the season look for sandgravel transitions, and later focus on deepwater drop-offs and rock-weed transition areas.

Why We Chose It: Muskie; A healthy population of fish

When to Fish: Fall is prime.

Where to Fish: Fish from Honey Harbour to the Musquash River.

Tip: Troll or cast a Bull Dawg or The Jimmy from Musky Innovations.

Why We Chose It: In 2008, Pike; Good numbers of fish and the opportunity for a trophy

When to Fish: Mid-June and September.

Where to Fish: Shoreline edges with weeds, rock piles, shoals and shallow-to-deep-water transitions.