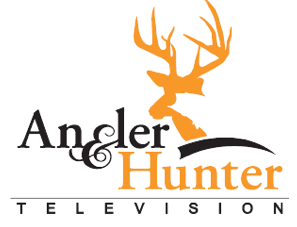 I was en route to Alberta earlier this month when I first learned that Global TV, owned by Shaw Media, was planning to yank all hunting programming from its Saturday morning block of outdoors shows. The hammer is slated to come down on December 30 this year. Business is business, and the owner of a media outlet is free to control content, but in this case, I thought, the decision made absolutely no sense. After all, hunting is an integral part of Canadian culture, not to mention the basis of wildlife conservation across the land. It also does its part to help fuel the national economy—hunting and the shooting sports generate around $6 billion a year.

As well, the shows in question are certainly reflective of best practices when it comes to hunting, promoting fair chase, safety and respect for the resource. If you’ve ever watched Canada in the Rough, The Canadian Tradition and Angler & Hunter Television (AHTV), produced by the Ontario Federation of Anglers and Hunters (OFAH), you’d know what I mean. And by all the accounts, the shows are popular and draw healthy audiences—the outdoors block attracts some 1 million pairs of eyeballs every Saturday morning.

These hunting programs are also respected in the outdoors TV industry. This past July, Canada in the Rough, which has been on Global for eight years, earned the WildTV Network’s Grizzly Awards for Best Host and Best Show Overall. And 20-year-old AHTV has its own Grizzlies for Best Fishing Show (2010), the coveted Lifetime Achievement Award (2011), Fan Favourite (2012) and Best Educational/Conservation Show (2012).

So, why this misguided decision to kick the programs off Global? Rumour has it that the wife of one of Shaw’s executives dislikes hunting and convinced her hubby to shed the shows. I hate to think that a major media corporation would make such a decision based on the emotional whims of a spouse (of either gender), but who knows? It’s also highly conceivable that a recent Vancouver Humane Society campaign against Global’s hunting shows played a role in the decision. Then there’s the general anti-gun tenor of the times, fuelled by vote-hungry politicians.

At any rate, when I first heard the news, I decided it best to let the affected shows work the back channels, as it were, to try to have the decision reversed—before going public with this nonsense. Well, the looming cancellation so far remains in place, so now the gloves are off. In recent days, OFAH and the Canadian Shooting Sports Association (CSSA) have issued terse press releases condemning the move. I’m sure more outdoors-related groups will also soon weigh in.

Here’s some of what OFAH Executive Director Angelo Lombardo had to say:

“Angler & Hunter TV has enjoyed a longstanding partnership with Shaw Media/Global Television. By Global’s own admission, over one million viewers tune into the great Canadian block of outdoor shows including AHTV. The fact that Global had previously acknowledged the important conservation message that anglers and hunters embrace, and publicly recognized the appeal of shows like AHTV to the broader public, calls into question the decision to remove these shows from their broadcast line-up and the motive for doing so.”

And here are some choice words from Tony Bernardo, spokesman for the CSSA:

“Sport shooters are both amazed and insulted that someone at Shaw believes our activities are anything but wholesome. Someone is trying to play a politically correct game with viewers and we demand that it ends here and now. Shaw Media sells television, Internet and telephone services. It owns 18 specialty cable channels. A company with all these products and services has a lot to lose if two million firearms owners and advertisers choose Rogers, Cogeco, Bell or one of the many other suppliers of these products.”

“Shaw must change its mind on the silly decision to take hunting shows off the air. If they refuse, the CSSA has no alternative but to advocate that Canadian gun owners turn off Shaw, just like they’re planning to turn off hunting. It’s only fair. Shaw needs to realize that the firearms community has more collective influence than any other single group in Canada.”

Talk of boycotts aside, I think the best approach for now is a polite, intelligent letter-writing campaign. Setting the bar in this regard is Phil Morlock, Shimano Canada’s Director, Environmental Affairs. Here’s his thoughtful submission to Greg McLelland, VP of Sales at Shaw Media:

Shimano is a major manufacturer of fishing tackle, clothing and accessories as well as bicycle components. 8 million Canadians fish for recreation in every region of the country, and according to Stats Canada contribute over $8 billion annually to the national economy. Combined with the $6 Billion hunting / recreational shooting businesses the recreational fishing industry supports over 100,000 jobs.

Canadian hunters and anglers have been leaders in the conservation and restoration of fish and wildlife species and habitat improvement for a century. Hunters in Canada donate close to one million hours per year to habitat improvement projects, and over the last 15 years have devoted over 14 million hours to conservation – equal to 1,600 years of personal work. Anglers do so as well and together people who fish and hunt donate more time, sweat equity and money to fish and wildlife conservation than all other groups combined. Today this stands as the greatest environmental success story in the history of the world – all led by people who hunt and fish.

Our corporate conservation programs, support for scientific research with leading universities on behalf of fishery improvement and our youth fishing programs are founded on the basis of the proud history of what anglers and hunters have accomplished on behalf of conservation across this country and continent wide. Hunting is a proud Canadian outdoor heritage activity – more relevant in today’s urbanized society than ever before – in many profound ways that connect people to nature as responsible users of renewable resources. Public opinion surveys over time consistently show the vast majority of the non-hunting public supports hunting as long as it is done humanely, ethically and with a basis in conservation. These basics are followed by lawful hunters in every region of Canada.

We strongly urge you to please reconsider and reverse the recent decision to cancel hunting programming on Shaw TV networks. It matters to our company, to our industry and related economies such as tourism and especially to our customers who are all engaged in the market growth of hunting and fishing participation in Canada. Most importantly it matters to the conservation of fish and wildlife who without the efforts of people who fish and hunt, would be in dire straits indeed in many places.

We need Shaw to stand with us to promote this proud heritage which is often misunderstood and often understated, but never without strong advocates like Canada in the Rough and Angler & Hunter to tell the story to our fellow citizens.

Thank you for your consideration.

As the Beasley brothers, the Executive Producers of Canada in the Rough, so calmly suggest, “If you wish to share your thoughts with Global regarding this decision, please email viewercontact@globaltv.com as well as glynnis.prystae@sjrb.ca and greg.mclelland@shawmedia.ca or call 1-877-307-1999.

Time to make some noise.