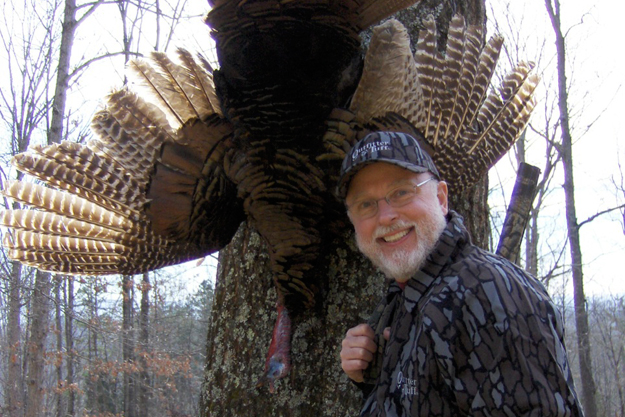 Have You Ever Wondered How Hunting Camouflage Came to Be?

Hunters in Canada have long recognized the value in deceiving game animals. First Nations peoples, for example, were acutely aware that elk, bison, pronghorn antelope and other plains animals could recognize the human form from a great distance, so they draped themselves with animal skins to avoid detection while hunting.

By the early 1900s, most Canadian hunters recognized the value of breaking up their outline, selecting patterned clothing to help disguise themselves. The traditional red-and-black Mackinaw wool jacket was more than a fashion statement—it was the hunting camo of the times. Across the pond, meanwhile, tweed jackets played the same role.

Military forces also saw the merit in concealment. During the Indian Rebellion of 1857, for example, the British army dyed its traditional white uniforms a tan colour to blend in with India’s arid countryside. Then in the First World War, the French employed the first true camouflage division, which fittingly used a chameleon as its mascot.

By the end of the Great War, camouflage had become commonplace among the world’s armies. Following the Second World War, designs became more intricate, with the U.S. Army introducing a leaf pattern—the forerunner of today’s hunting camo.

The word “camouflage” is thought to have emerged in 1917, a derivative of the French word *camoufler* or the Italian *camuffare*, both meaning “to disguise.” Whatever the case, camouflage clothing is now a cornerstone of the hunting community. It’s unlikely that bowhunting would have enjoyed the phenomenal success it has in the last 30 years without it, and few are the rifle, muzzleloader or shotgun hunters who don’t select their camo as carefully as they do their ammunition. Much of this can be traced back to a man named Jim Crumley (pictured above).

A dedicated bowhunter, Crumley pursued deer and wild turkeys in his home state of Virginia. Over time, he became disenchanted with the effectiveness of traditional military-style camo clothing. Not the type to sit on his haunches, Crumley responded in 1972 by daubing splotches of brown dye on his grey work clothes in an effort to better blend into the hardwood forests where he hunted.

When his hunting success improved appreciably over the following few seasons, Crumley took things to another level, using a permanent marker to meticulously apply a bark pattern to his hunting clothes. Soon his hunting buddies were badgering him for outfits of their own, and in 1980 he publicly launched Trebark camo. The hunting world would never be the same.

The next big breakthroughs in camo clothing for hunters came in 1986. Down in Columbus, Georgia, Bill Jordan was supplementing his T-shirt business, Spartan Archery Products, through bass-fishing tournaments. Using coloured pencils, he sketched out a camouflage pattern, envisioning that if he layered images of twigs and leaves over a vertical bark pattern, the final product would have a unique three-dimensional appearance.

Using a local mill, Jordan further developed the pattern and had samples made. He dressed up a bowhunter in his new creation, snapped a few photos and sent copies to hunting clothing buyers across North America. It soon became clear there was demand for Jordan’s camo pattern, but he didn’t have the money to go into production.

Jordan eventually partnered with Eastbank Textiles, and they cobbled together enough clothing to enable him to promote the product, Spartan Realtree, at that year’s Shooting, Hunting and Outdoor Trade Show. The response was positive and immediate, and when Jordan was introduced to the folks from Walls, a well-known hunting clothing manufacturer, the future was clear: Walls would sew the clothes, Eastbank would sell Walls the textile, and Spartan would receive a licence fee from Eastbank on each piece. This licensing model would be the first of its kind in the industry, and it continues to serve Realtree to this day.

In West Point, Mississippi, meanwhile, an avid hunter and angler by the name of Toxey Haas came up with a camouflage pattern based on leaves, twigs and dirt. He shopped his idea around, only to be repeatedly turned down. Eventually, a Georgia manufacturer agreed to print his pattern, although with a 10,000-yard minimum. Haas could only afford to print 800 yards, but his sales skills showed through and he convinced the manufacturer to make an exception—so was born Mossy Oak “Bottomland.” Since then, Haas and Mossy Oak have continued to be industry leaders, introducing nearly 20 distinct patterns.

Through the late 1980s and 1990s, many more players entered the emerging camo industry, with demand growing as hunters across the continent recognized the value of improved concealment. The challenge was serving the broad diversity of the hunting community—from mountain and desert hunters to treestand and ground-based hunters—with appropriate patterns that also reflected seasonality.

Then there were the waterfowlers, who demanded specialized camo of their own, whether for hunting from cattails, among dense shoreline grasses or in stubble fields. Each scenario demanded—and received—a camouflage pattern specific to the hunters’ needs. As new manufacturers emerged, others fell by the wayside, but all the while, Trebark, Realtree and Mossy Oak grew to dominate the industry.

From Jim Crumley’s introduction of Trebark in 1980 through to 2005, the camouflage clothing market became very crowded, and few hunters could keep up with all the different patterns. Essentially, the designs were all iterations of Crumley’s original idea of developing a pattern that replicated the natural environments where people hunted.

It wasn’t until 2008 that the next true innovation in camouflage for hunters appeared when W. L. Gore & Associates, long known in the sporting fraternity for its Gore-Tex fabric, introduced Optifade Concealment, designed for use in more open environments. And once again, it was a military development that provided the inspiration, specifically a digitally based camo known as MARPAT (short for “marine pattern”).

Up to that point, camouflage patterns were designed to help hunters blend in with the environment. Optifade, however, is based on how animals see, both spatially and in terms of colour intensity. With leading scientists in the fields of computer technology, animal vision and camouflage science involved in the research and development process, Optifade was designed to prevent game from recognizing a hunter as a predator, even when the hunter has been detected.

To achieve this lofty goal, Optifade incorporates both a macro- and micro-pattern. The macro-pattern disrupts the symmetry of the human form, much like a tiger’s stripes disrupt its form, while the micro-pattern of small fragmented shapes, which takes into account the way deer and other ungulates perceive colour and space, helps the human shape blend into the background.

Gore partnered with Sitka Gear, a growing outdoor clothing manufacturer, to release Optifade Concealment to the public in 2009. A similarly based pattern for use in forested habitats, meanwhile, debuted the following year, while a marsh pattern for waterfowlers arrived on the scene in 2012. All are based on digital concealment, not environmental mimicry.

Where will the camo revolution take us next? It’s hard to say, but as the scientific community better understands how animals perceive what they see, the next generation of hunting camouflage will no doubt stand to benefit—and I can’t wait to see (or rather not see?) what comes next.