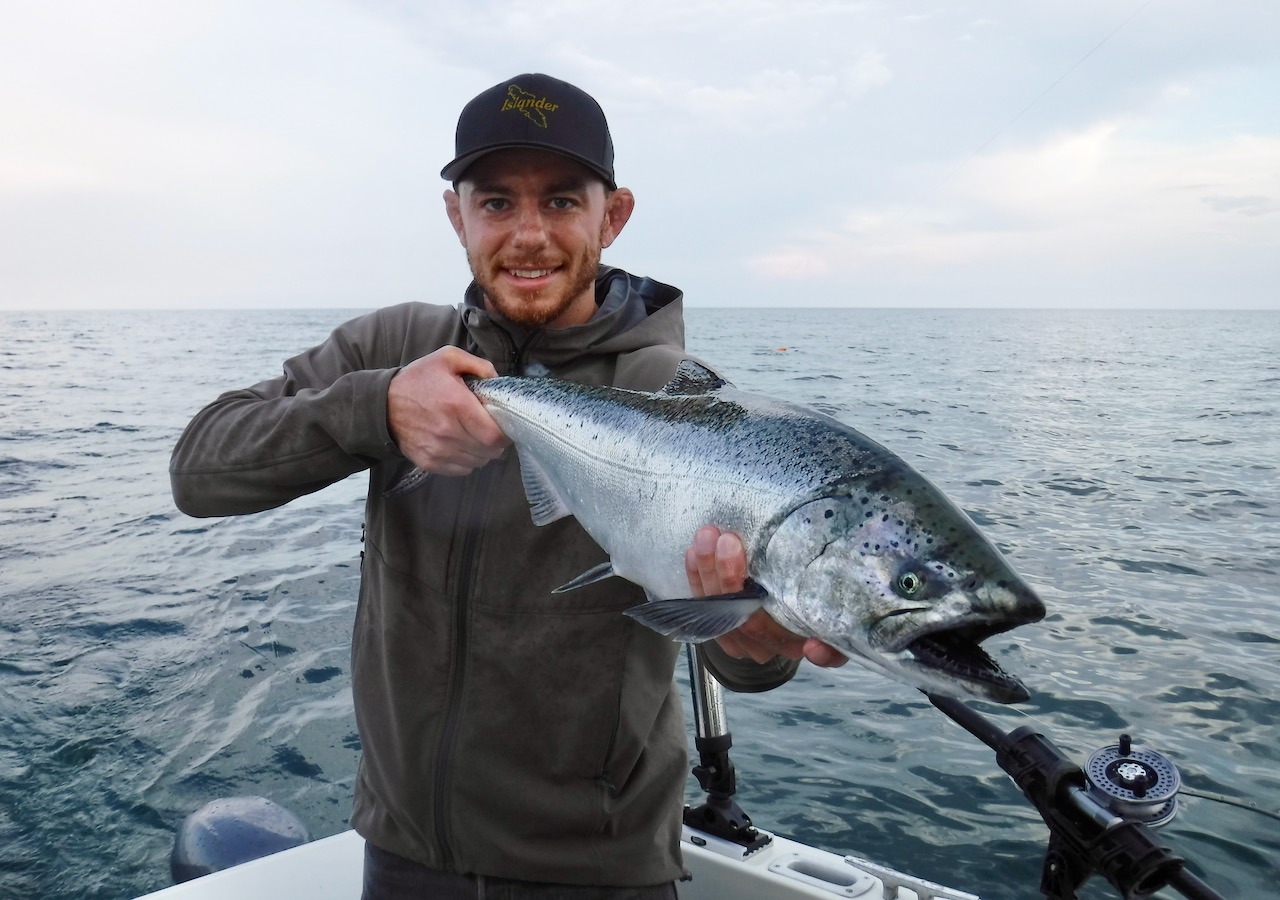 How algae, mussels and poor policy threaten the Great Lakes

How algae, mussels and poor policy threaten the Great Lakes

If you follow outdoor news, you likely already know there’s been a decline in offshore fish populations in the Great Lakes, partially due to algal blooms. Decomposing algae creates oxygen-free zones that are deadly to fish, and certain forms of algae can even be toxic.

However, the reasons behind the increasing number of blooms, and the proposed ways to combat them, are not as well known. And that’s a problem because both the causes and the potential solutions stand to determine the future of the Great Lakes fisheries.

Anglers need to especially take note of calls to reduce phosphorus loads entering the Great Lakes in order to lower the amount of toxic blue-green algae. Why? Because scientists are now linking the starvation and resulting decline of offshore fish species, such as salmon and trout, to a shortage of phosphorus—the same nutrient linked to the growing blue-green algae problem in the Great Lakes.

As lake water gets deeper, there’s a dramatic reduction in phosphorus, resulting in a sharp decrease in the growth rate of crucial organisms at the bottom of the food chain, such as phytoplankton and zooplankton. When those nutritional building blocks of the food chain are cut off, there’s a cascade effect resulting in fewer nutrients for smaller organisms that prey fish such as smelt and alewife depend on for food. That’s why larger, quick-growing predatory fish such as rainbows, coho and chinook in the deeper, offshore parts of the Great Lakes are also going hungry.

While Lake Erie is already well-known for its explosive algal blooms, blooms are also becoming more common in the shallow, warm bays and shorelines of the other four Great Lakes. And it’s not because the total amount of the nutrient phosphorus measured in those lakes has been going up, as some would suggest. In fact, the nutrient loads are relatively low.

Nonetheless, many still argue that excessive nutrients—combined with warming water temperatures—are to blame for the blooms, and the only solution is to reduce the amount entering the lakes. On Lake Erie, for example, there are proposals to prevent blooms by cutting back phosphorus loads a further 40 per cent in the eastern and central basins.

The problem is, scientists have no idea how those further nutrient reductions will impact Erie’s various offshore fish species—the same fish that make the lake the largest freshwater commercial fishery in the world, worth approximately $250 million annually.

In neighbouring Lake Ontario, meanwhile, the trout and salmon populations would have already been decimated—as is the case in Lakes Huron and Michigan—if it weren’t for the nutrients entering from Erie. Should that nutrient supply be throttled back to rein in Lake Ontario’s blue-green algae outbreaks, however, the lake would also see its offshore fish populations decline.

It’s high time water-quality advocates and fisheries experts began talking, and opening up the discussions to include stakeholders such as indigenous fishers and recreational anglers (recreational fishing on the Great Lakes generates more than $8 billion in economic activity every year, after all). Thankfully, both the Great Lakes Fisheries Commission and the IJC are also now calling for a more holistic approach to the way we manage the Great Lakes.

Clearly, we need to have a more complete picture of the lakes’ ecosystems, and until we do, plans to further reduce nutrient levels should be paused. To do otherwise without properly understanding the impact on the food web—and what it means for the people who depend on the fish—is both short-sighted and irresponsible.

No one likes to see of blue-green algae covering lakes and fouling beaches, but choking off the nutrients to reduce algal levels does not address the source of the problem. We instead need to find ways to directly deal with invasive mussels, and stop sacrificing our precious fish in exchange for algae-free water.