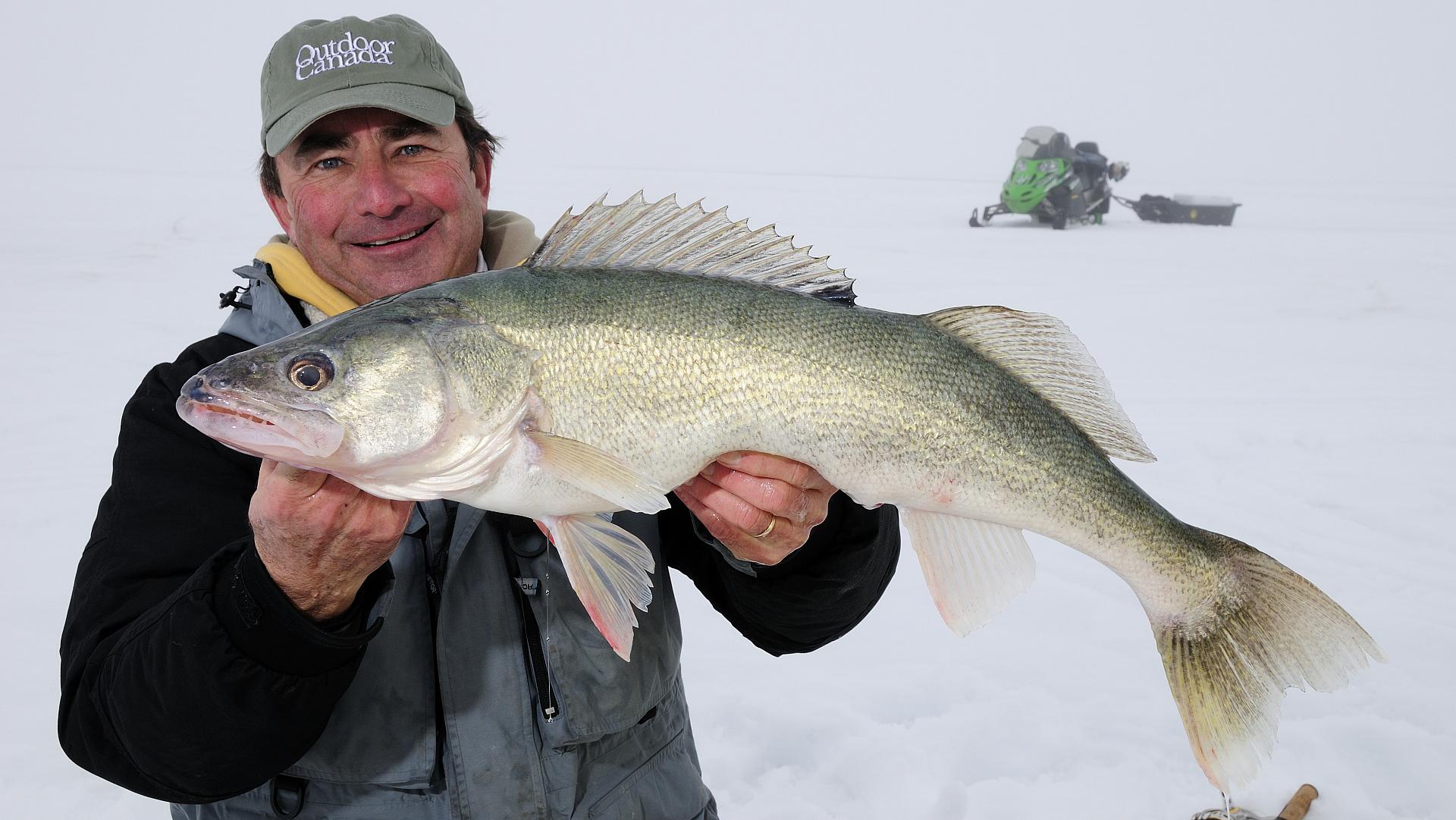 Ice-fishing warm-up: Want to know how fast your lake will freeze?

When will your lake freeze?

Here’s how to guess when your hardwater season will begin

Gord Pyzer originally posted this blog in December 2015, but it seems relevant this season as well, especially if you’re as eager to get on the ice as we are…

While much of the eastern half of Canada has been basking in unseasonably warm, almost hot summer-like temperatures, the rest of the country has finally been chilling down.

And at long last, the lakes, rivers, reservoirs, pits and ponds are freezing over and making good ice.

But, here is the question everyone is wondering about, and something that Ang and I discussed on Saturday’s Outdoor Journal Radio Show.  How long will it take for the ice to build up on the lakes before we can safely travel and fish on them?

There are several highly scientific methods and mathematical formulas that you can use to predict the growth of ice on your favourite lake, and they’re all essentially based on one controlling factor called freezing degree days that takes into consideration the air temperature, wind speed and something called radiational cooling. 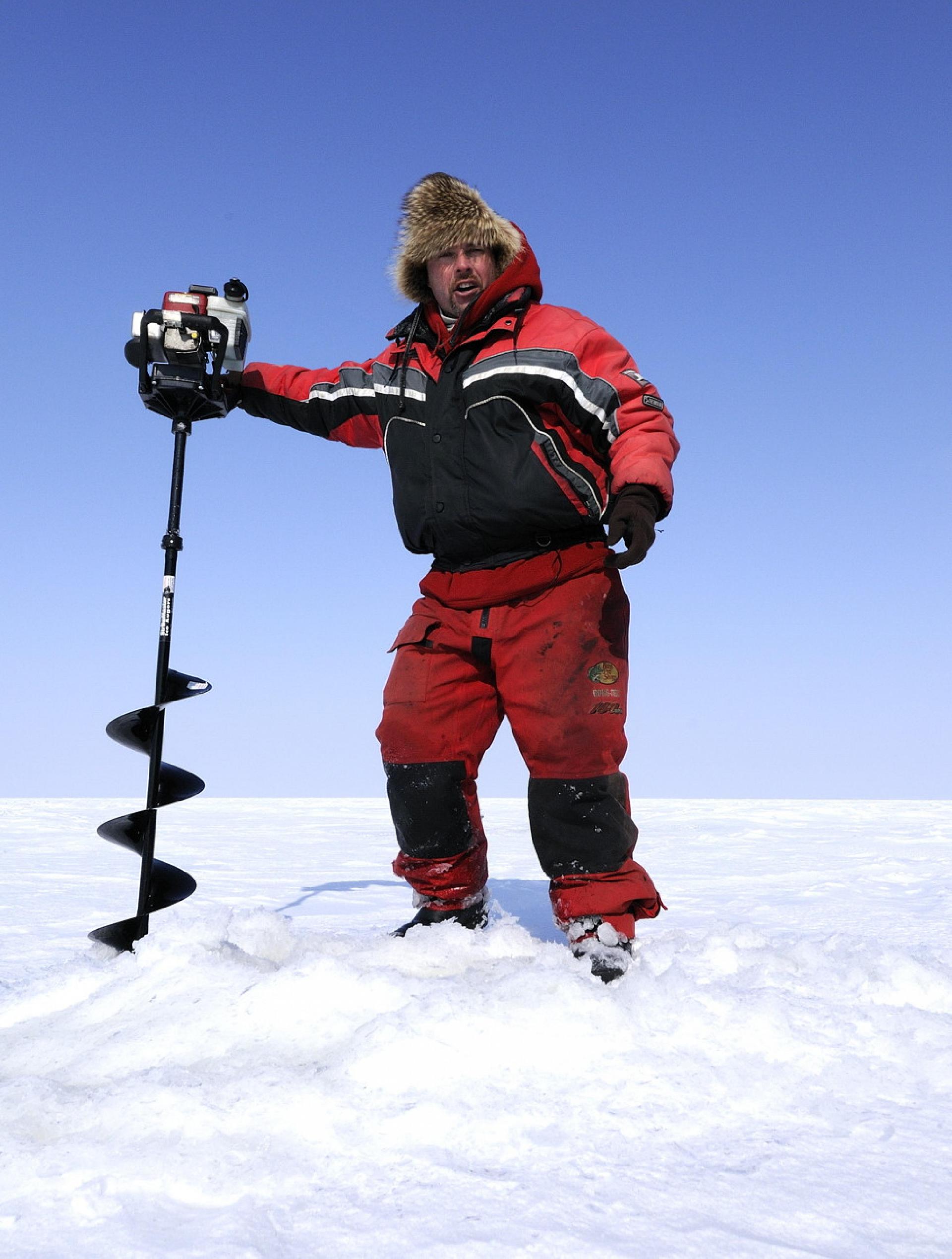 See how simple it is?

Now, based on the studies that have been done, once a thin sheet of ice has formed on a lake, it will typically increase at the rate of one inch / 15 freezing degree days (FDDS).

Now, we need to take a couple of important considerations into effect because the formula is based on having a slight to moderate wind speed, no snow on the ground and clear skies.  These things all help to pull heat out of the water and accelerate the growth of ice.

Unfortunately, where I live in Northwestern Ontario, on Lake of the Woods, we have well over a foot of snow right now and, as most folks are aware, snow provides excellent insulation that slows down the penetration of frost and cold temperatures.  In addition, many of our days recently have been calm and overcast.  So, when you take these conditions into effect, even with the same number of freezing degree days, the speed at which ice forms is roughly cut in half.

Finally, here is one last fact you’ll want to consider later this winter, when in many parts of the country we’ll have ice on the lakes approaching three feet or more in thickness.  Thick ice acts like deep snow, in terms of providing insulation and thus, significantly slowing down the formation of more.  It is why in the high Arctic and Antarctic, where winter persists almost year round, lakes don’t freeze all the way to the bottom.

So, how soon will the ice on your favourite lake, river, river, pit or pond be thick enough so that you can safely travel and fish on it?  Calculate the number of freezing degree days and you’ll quickly know.

Or use the following charts. 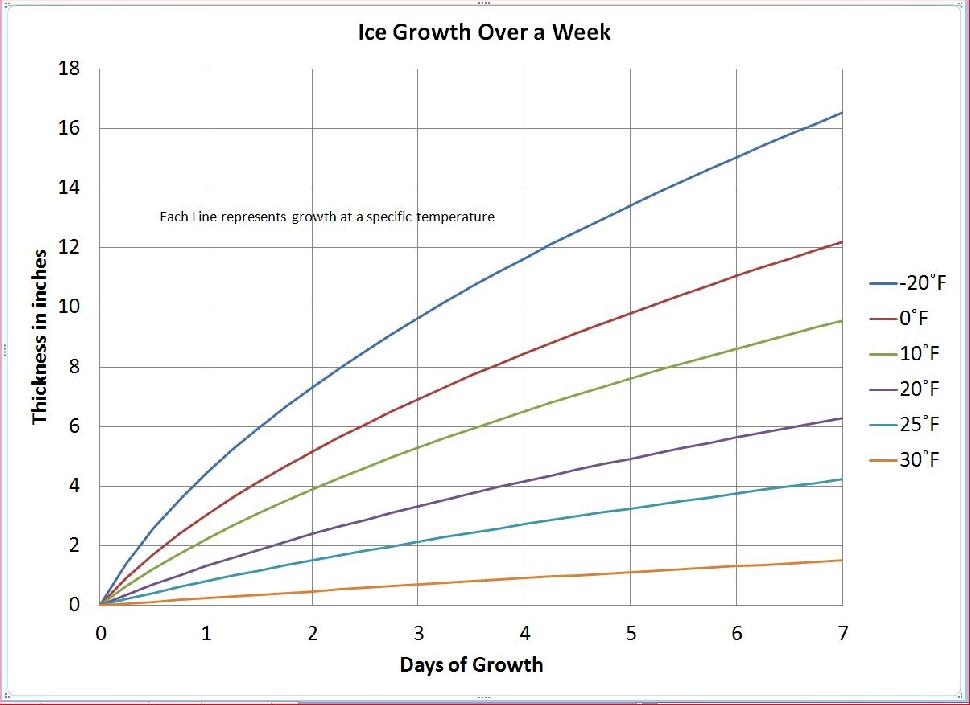 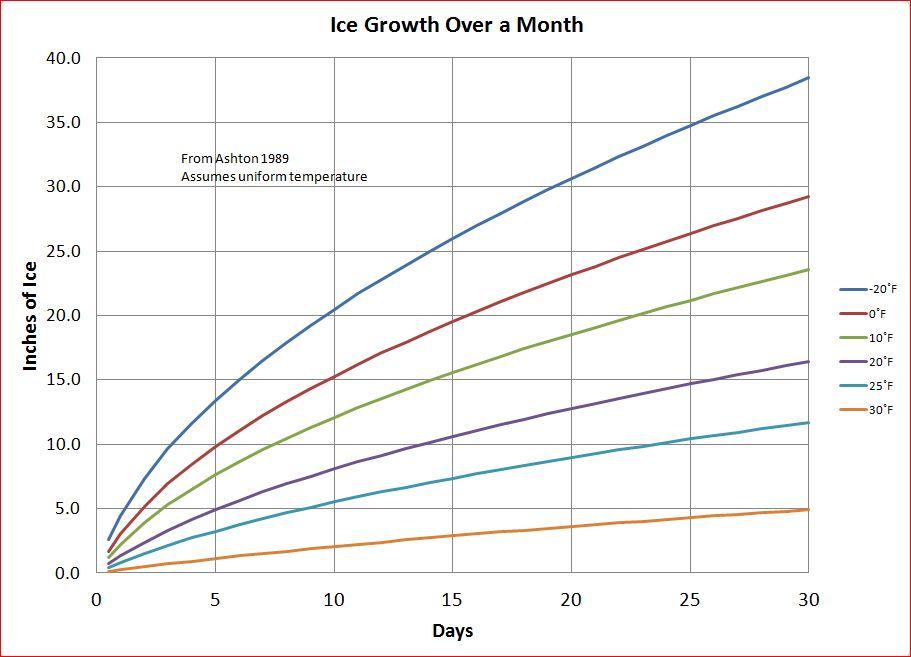