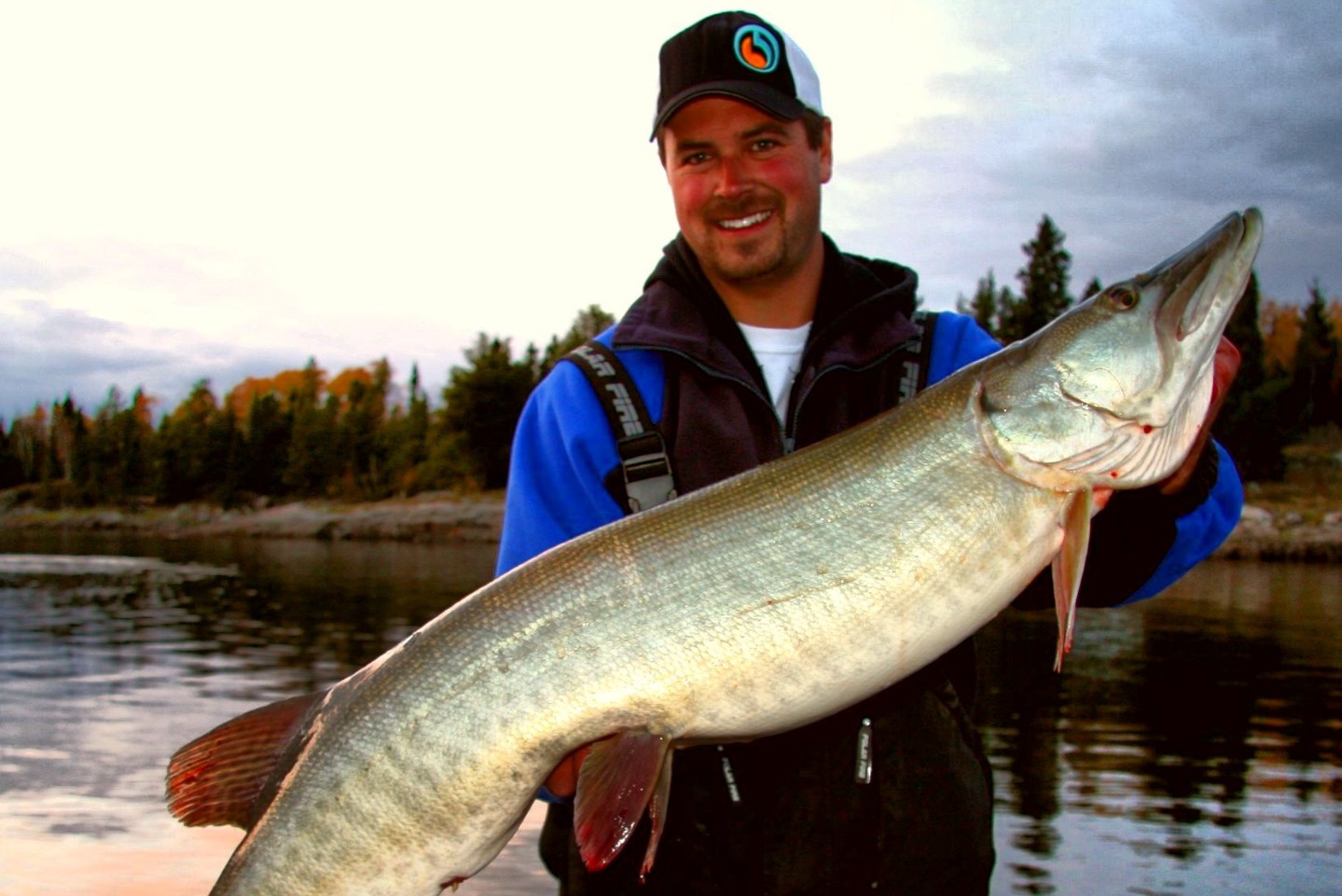 How moonrise can affect muskie fishing

Don’t you just love it when everything comes together and you wind up looking like a genius?  It doesn’t happen very often, at least not for me, but it did recently and I am still smiling about it. Still, my grin doesn’t quite compare to my buddy Ryan Knutson’s.

I met Ryan last spring when I was presenting fishing seminars at the Mid-Canada Boat Show in Winnipeg and we’ve stayed in touch ever since through social media.  Ryan’s a keen angler who spends a lot of time in my neck of the woods chasing just about everything that swims, and I can tell that he’s a good stick.

Most recently Ryan has been chasing muskies and seeing a bunch of nice fish following his lures. Especially one particular giant—well over 50-inches he reckons—that has been haunting his dreams and keeping him awake at nights. Apparently the gator resides somewhere in the Winnipeg River and rarely moves from the same spot, which is a section of the river that harbours a sizeable school of saugers.

Recently Ryan sent me an email explaining that he has pulled into the area quietly and thrown everything from muskie-sized soft-plastics to big-billed crankbaits to no avail; the big girl comes out chasing but never commits to biting his lure. As Ryan puts it: “I am still studying the habits of these fish but I am starting to think I am doing something terribly wrong. What would you recommend I do? I start with long casts so I don’t spook it and I have tried swooping figure eights and tight ones as well. I’ve done the pause and twitch and the burn it in. Any insight would be greatly appreciated.”

Okay, now let’s think about this for a second or two: Ask yourself what specific changes would you make if you were in Ryan’s shoes?

I did just that and then sent him back a few thoughts about the “follow up” baits I tend to pick any time I raise a nice fish and know where it is located. I also suggested one specific piece of “Dear Abby” advice that very few musky anglers ever consider. Here is what I told him: “Find out when “moonrise” is the next time you’re going out. This can be just about any time of the day. When you find out, be on that spot the first hour of moonrise!  Trust me—it works. Keep me posted and good luck.”

Well, Ryan followed my advice and he also kept me posted. Here is what he emailed me back a few days later: “Hello Gord, well your advice of moon phases paid off for me on the weekend. It wasn’t the fish that haunts me but it was a beautiful musky. It was like clockwork. Moonrise was 6:09 pm and I was trolling an area that I knew held a musky and as soon as the Humminbird showed 6:10, I was on. Amazing!”

Can you believe it? Ryan caught his first muskie in over a decade exactly one minute after the moon rose. Is that crazy or what?

As I’ve mentioned in the past, moonrise (and moonset, which is equally good) fly under the radar of most anglers because unlike sunrise and sunset, which occur at predictable times each morning and evening, the moon rises and falls on a 24-hour variable clock. So it can come up and go down in the afternoon. You can also see sunrise and sunset taking place, but because the moon often rises and sets during the middle of the day or the middle of the night, most anglers fail to notice it taking place. But as Ryan will now tell you, that can be a big mistake.

So the next time you’re going fishing, especially for muskies, turn on your GPS unit (or Google the times on the internet) and carefully note when the moon is scheduled to rise and set. Then be in your best spot when it happens. Chances are pretty good that your smile will be as big as Ryan’s.