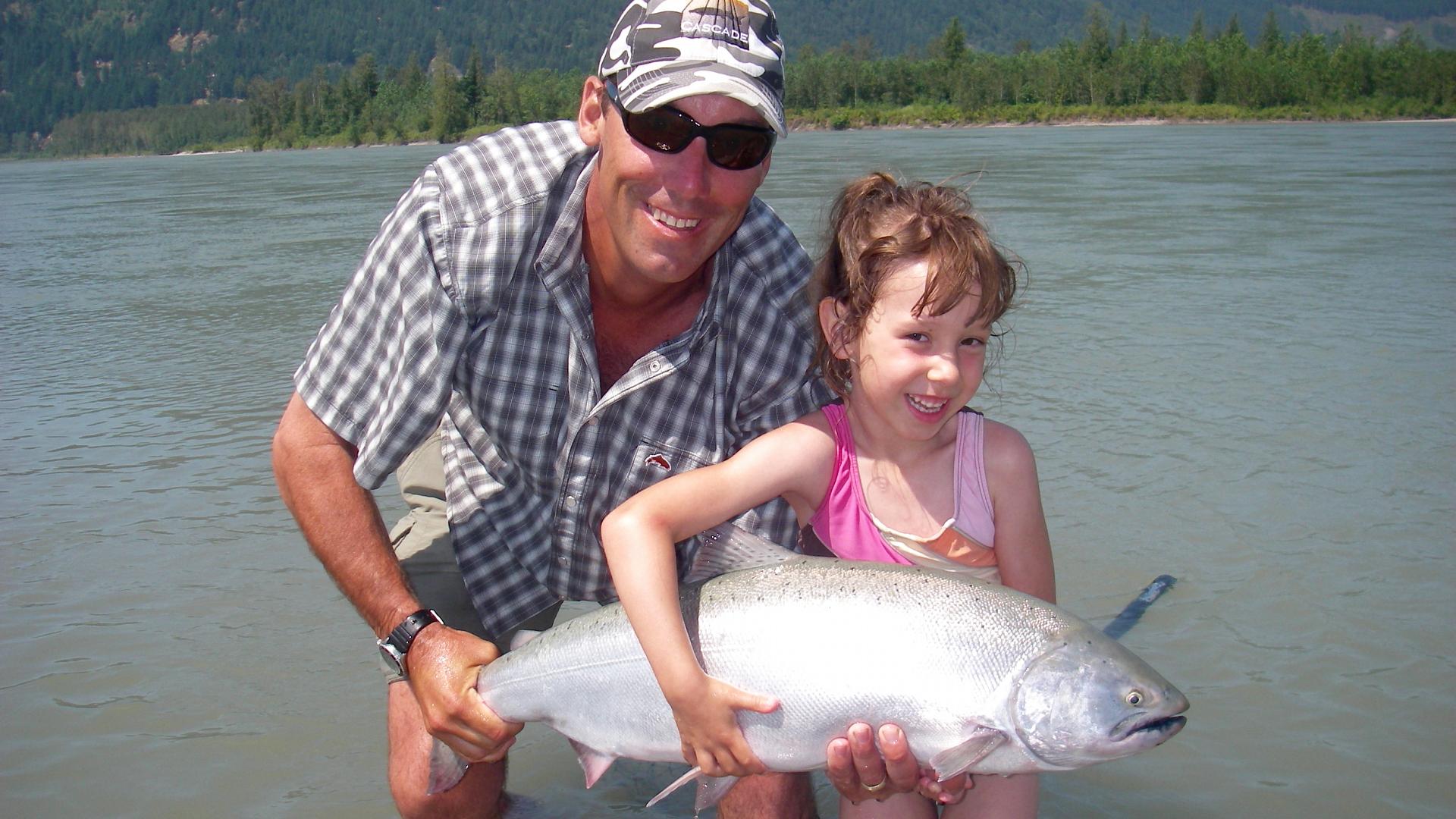 How salmon anglers are being sidelined on B.C.’s Fraser River

How anglers are being sidelined on one of B.C.’s great fisheries

It’s a cool morning in Chilliwack, B.C., with low clouds on the wooded slopes of the Cascade Mountains and needles of rain dimpling the placid surface of the Fraser River. It seems like just another quiet autumn day, but under the surface of the river, a massive migration is underway. Tens of thousands of salmon are making their way upstream, bound for the tributaries and creeks of their birth. The fish have survived an extraordinary journey so far, running a gauntlet of Japanese drift nets, salmon sharks, killer whales, sea lions and commercial fishing boats of every sort, but their biggest challenge lies just ahead.

On a gravel bar, a First Nations fishing crew has prepared a little surprise, towing a seine into the river to encircle hundreds of salmon. Then a man on an ATV pulls the net onto shore, where his fellow crew members toss the thrashing fish into tubs. Not all the salmon in the river are caught, of course, but those that escape will encounter another net a kilometre upriver and another just beyond that, then another and another. Only a tiny fraction of the salmon born in the Fraser watershed will survive the journey home.

There are no recreational anglers on the riverbank—for the last two years, recreational fishing for salmon has been outlawed on the lower Fraser, a ruling that’s been a long time coming. Since the 1990s, a series of court decisions has given First Nations ever-widening rights to natural resources, allowing them to fish without licences as long as the fish are only used for “food and ceremonial” purposes.

Many Indigenous harvesters ignore the law and sell the fish anyway, however, and more recent court decisions have granted them the right to do so. In political discourse, there’s much talk about “honouring the historic treaties,” but there isn’t a treaty in the country that granted those rights. They are reinterpretations of the treaties, with the latest spin being that First Nations have “prior claim” on fisheries.

Opinion polls indicate most Canadians are opposed to that sort of legal favouritism, but judges answer to no one, and that debate is over. The real fight nowadays is not with Aboriginal fishers—after all, they’re just acting out of self-interest. The real fight is with Fisheries and Oceans Canada (DFO), which is supposed to honour Aboriginal culture while still ensuring other Canadians have access to the resource.

Unfortunately, the DFO has apparently decided that priority access for First Nations equals exclusive access. Whenever the future of Fraser River salmon seems in doubt—which is pretty much all the time, thanks in no small part to DFO mismanagement (let’s not forget its bungling of the northern cod fishery)—the Aboriginal fishery is left untouched, while the recreational fishery is shut down.

Recreational anglers have been extraordinarily patient. In an effort to ensure fair access to the salmon run, a group of anglers, guides and businesspeople formed the Fraser River Sportfishing Alliance in 2016. The group emphasizes it lobbies government in a “respectful, progressive manner,” and that it’s not opposed to the fishing rights of First Nations.

However, giving First Nations exclusive right to a public resource is not only unfair, it’s poor management. After all, sportfishing puts very little pressure on fish stocks and it creates enormous spinoff benefits. Countless studies have shown that a salmon on the end of an angler’s line is far more economically valuable than a salmon in a net. One study indicates that closing the Fraser River to recreational angling has so far cost the region $100 million in lost revenue.

And the damage is not just financial. There are social costs as well. Who will compensate the old-timer who has lost a precious season on the river? What’s the economic value of a couple of teenagers fishing for salmon on a Saturday morning instead of playing video games at the mall? How do you calculate the long-term social benefits of a father who takes time off work to go fishing with his child? In working diligently to protect First Nations fishing culture, the DFO seems to be forgetting that the fishing culture of non-Indigenous Canadians deserves protection, too.