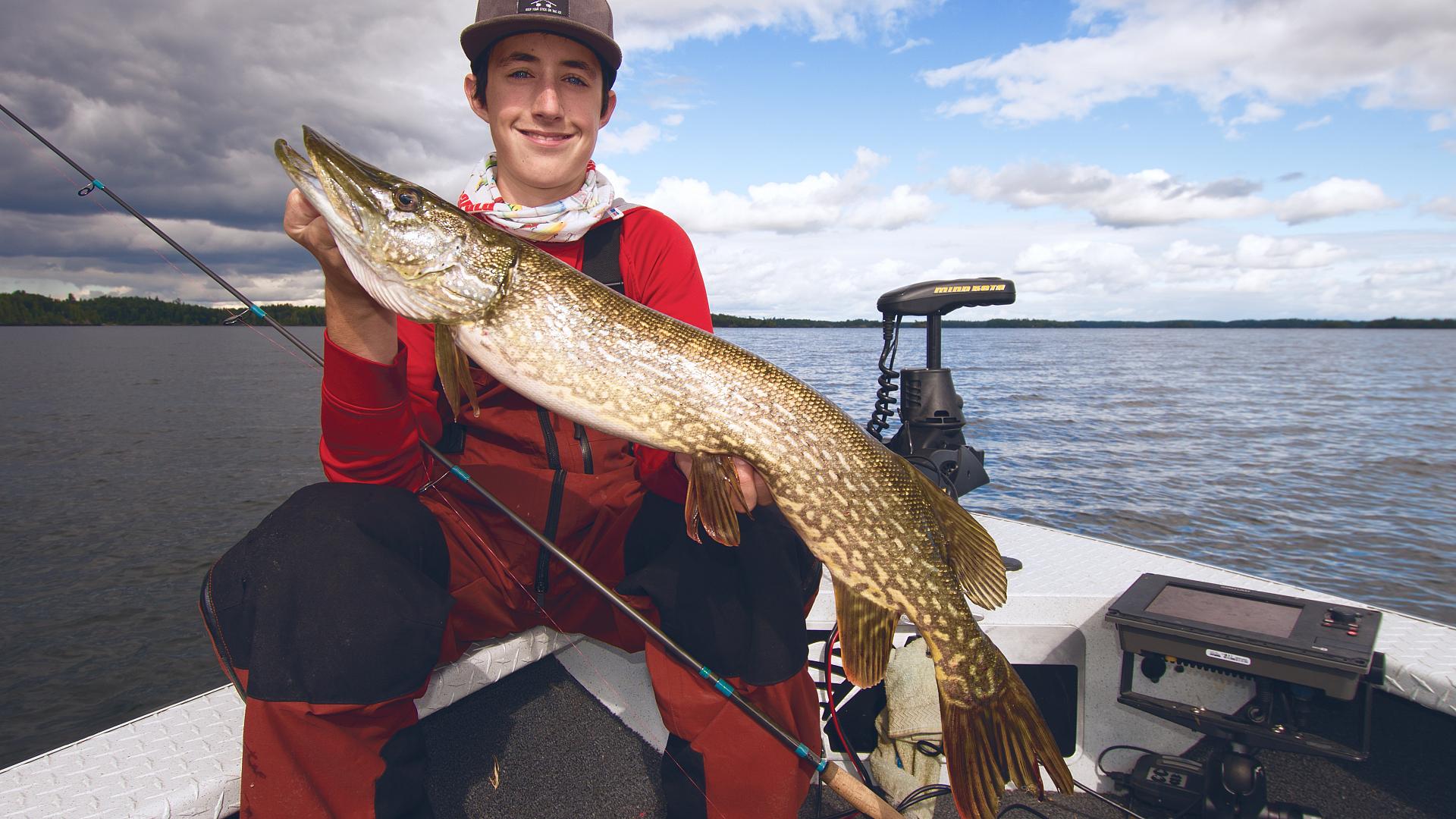 How to Catch the Northern Pike of a Lifetime… This Long Weekend!

The #1 tactic for early-season pike in the shallows

Your best chance at catching the pike of a lifetime is early in the season when the giants are cruising through waist-deep water. The only drawback is they’re moody and easy to spook. So, rather than fan-cast and risk putting them on guard, I use my bow-mount electric trolling motor to stalk grassy flats until I spot a distant trophy (polarized sunglasses are a must).

A large 7½- to 12-inch Sluggo or Fin-S Fish rigged weedless on a 6/0 to 8/0 offset hook is the best early-season pike bait I’ve ever used. Just be sure to attach it to a thin titanium or fluorocarbon leader so it isn’t nose heavy and it doesn’t sink quickly. Cast well out in front of the fish and read the pike’s mood. Slight twitches, and even deadsticking the bait, will pay huge dividends.