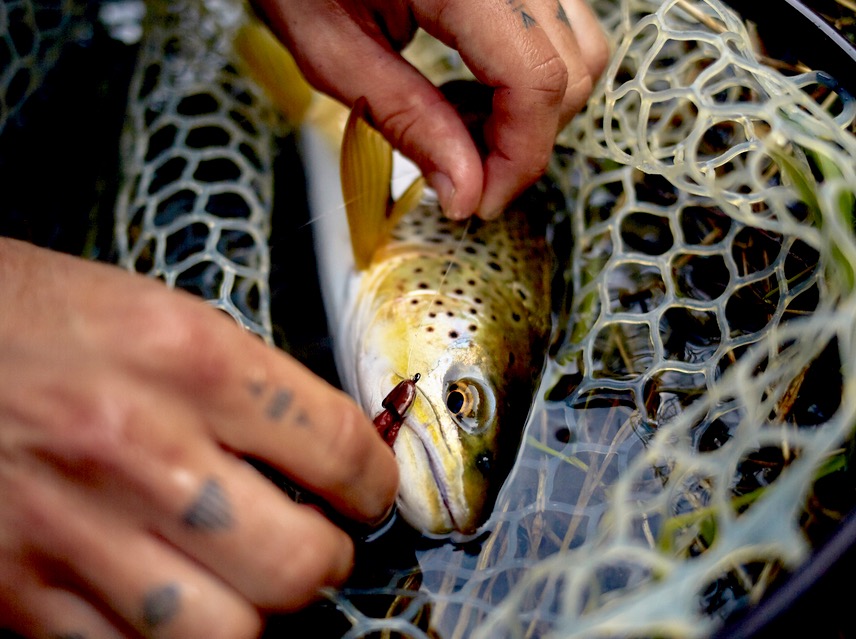 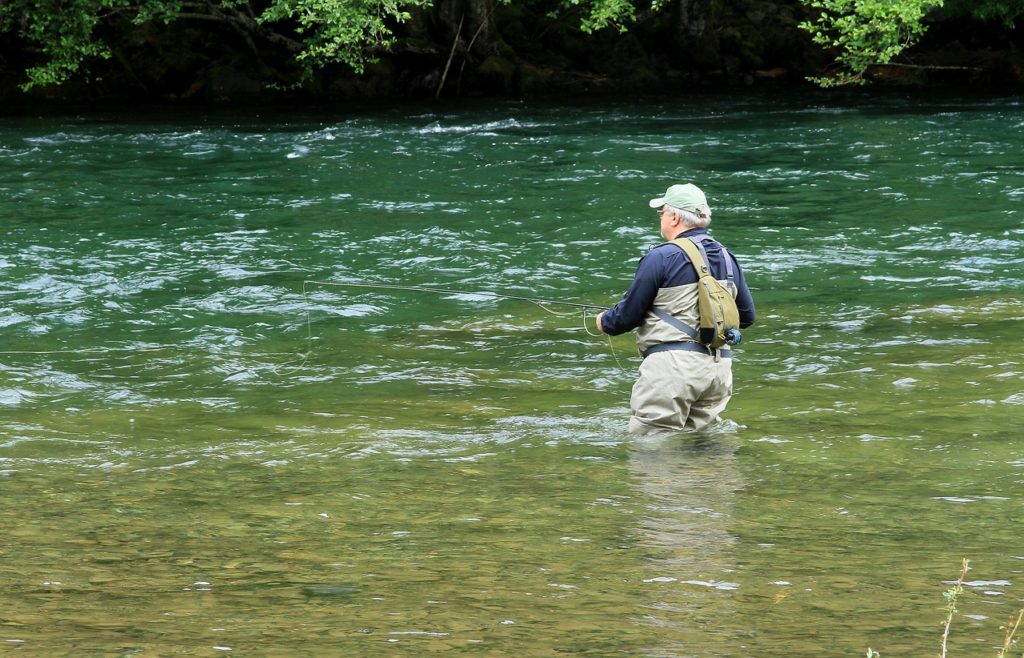 Cast the fly down and across the flow, at about a 45-degree angle, and follow it with the rod tip as the line swings across the current. You can even give the fly a little jigging motion by twitching the rod tip. Strikes tend to come toward the end of the swing, but if not, let the fly hang in the current for a few seconds, then make a couple of strips, which can also seal the deal. Don’t bother with a second cast in the same spot; instead, move downstream a few steps and cast again. One iron-clad rule of all streamer fishing is that trout will almost always hit the fly on the first look, or not at all. 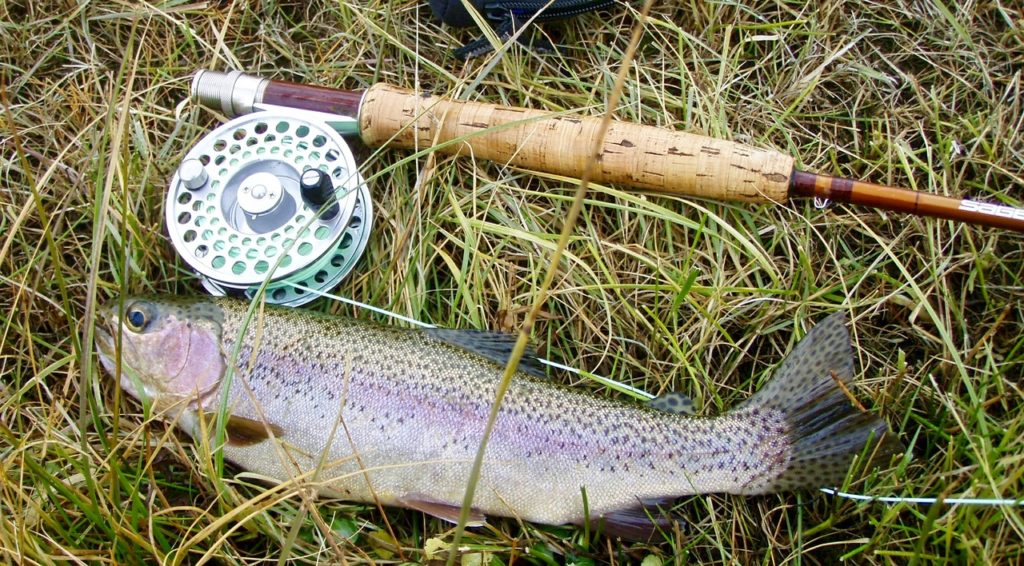 Even when using a fly intended to swim, there’s no rule against casting it upstream and across, and then letting it drift as you would with a dry fly. That can be quite effective, perhaps because it imitates a stunned or dying baitfish, which is a low-risk, high-reward protein snack for a trout. It’s not exactly a premier streamer-fishing technique, but it’s a good option for fishing water you can’t otherwise get to. Casting upstream is also a useful way to get your fly deeper when using a floating line.

There’s also an extreme variation of the dead drift you should keep in your back pocket for special situations: cast directly upstream, then retrieve line just fast enough to take up the slack, which makes the fly flutter and pause. That technique is very effective in swift, agitated water, such as tailouts or below falls. With delicate presentations, casting upstream is often self-defeating because it puts the fly line over the fish, spooking them. But the combination of disturbed water and a big, easy meal can make trout more adventurous and willing to bite. 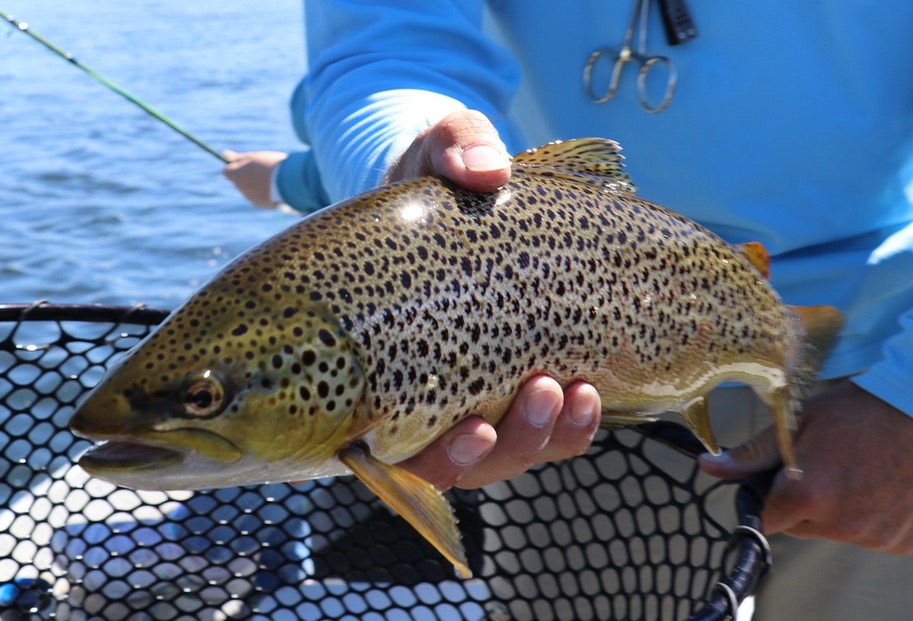 For a fast way to cover water, which is effective both on foot and from a drift boat, try banging the bank. Using a sink-tip line or weighted fly, cast as close as you can to fishy looking spots on the bank, such as logs, boulders, undercuts and deep pockets. Aim a few feet upstream of the target, and once the fly drifts into the lie, strip it back briskly and be ready for a wallop. The trout has only a split-second to decide whether or not to launch an ambush, so when it does, it tends to commit hard.

If your shoulders—and your nerves—are up to it, there’s a big-fish version of this technique known at the jerk-strip. You bang the bank with a big, succulent fly, then hold the rod tip low and jerk it 12 to 20 inches downstream, strip in the slack and repeat. It’s tiring and the timing is tricky, but when executed correctly, the jerk-strip perfectly imitates a baitfish fleeing erratically downstream, provoking monstrous hits from big fish. That’s a vivid reminder that trout do more than gently slurp up bugs—they can also be aggressive, ravenous carnivores, and fishing streamers is a good way to take advantage of those deadly instincts.