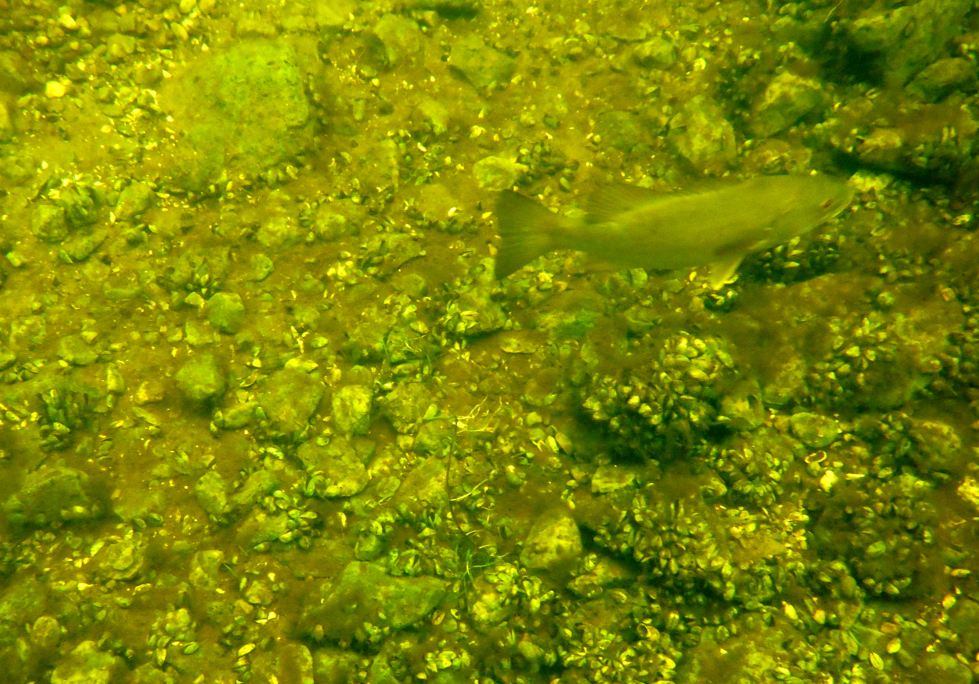 How to create a world-class bass fishery

Listening on the phone to good friend Wally Robins, I can picture him beaming with pride, and I am reminded of a first time father.  Only Wally’s offspring aren’t the human kind, they’re the smallmouth bass that he dotes over in his home waters of Otty Lake, not far from the nation’s capital.

I am also reminded of something American cultural anthropologist Margaret Mead once wrote, when she remarked, “Never doubt that a small group of thoughtful, committed, citizens can change the world.  Indeed, it is the only thing that ever has.”

Frustrated by a decline in the number and size of smallmouth bass in Otty Lake, Robins, who is a member of the Shimano/GLoomis Pro Staff team organized a meeting of local property owners to garner their support to reverse the course of action.  It wasn’t an easy task, but then again, nothing worth doing ever is.

With the majority of lake residents finally on side, Robins pleaded his case before the Rideau Valley Conservation Authority, and it is here, where he met Jennifer Lamoureux, the Authority’s resident Aquatic and Fish Habitat Biologist that his luck took a turn for the better.

Together, Robins and Lamoureux developed a plan to enhance the spawning, nursery and feeding habitat in Otty Lake for the benefit of the bass population.  And only a year later, their investment appears to be paying massive dividends. 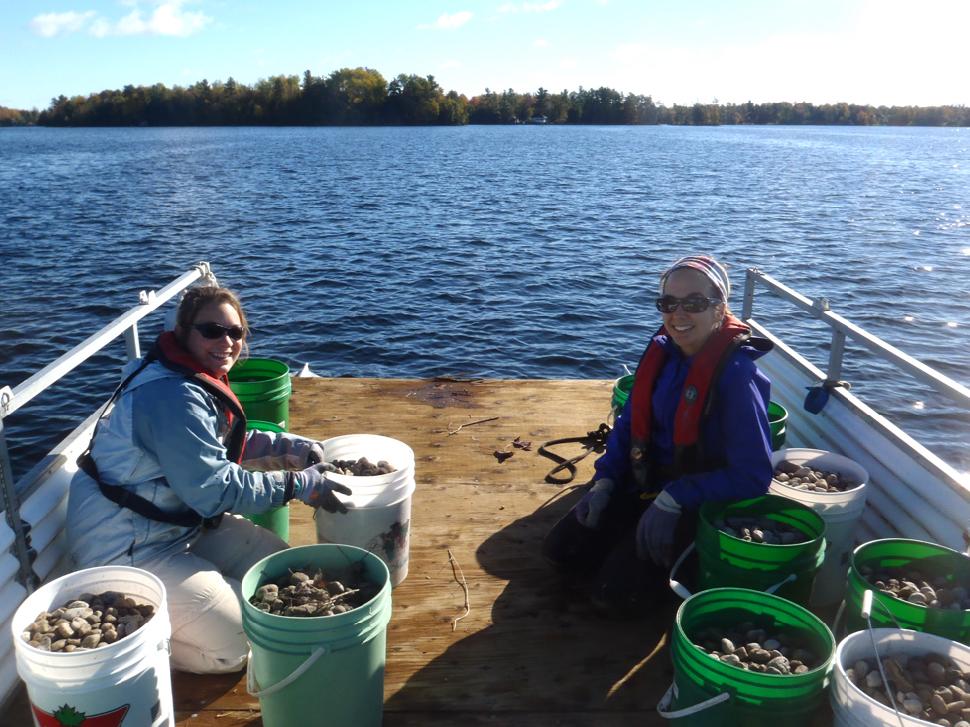 “A small group, including Jennifer, myself and a representative from the Ministry of Natural Resources met twice in the spring last year to observe the bass during the spawn and also during the nursery period,” Robins says.  “We needed to identify where the habitat needed enhancing.  Then, Jennifer and her staff mapped the locations and created a digital file set.  Everyone agreed that we needed to restore the sites where the bass nested and that the best way to do it was by first creating gravel beds and underwater shelters to protect the nests from wave action.”

With the aid of local volunteers, Robins and Lamoureux used a pontoon boat to ferry 5 tonnes of round river washed stones, 1- to 2.5-inches in diameter to the pre-selected sites, dumping the stones on the bottom in 1 metre by 1 metre configurations.  They spaced the 92 new nests a minimum of 30 feet apart.

I was especially interested to learn from Robins that in addition to improving the nesting sites for bass, the gravel substrate also increased the production of benthic invertebrates – an important food source for the fish.

And it didn’t stop there. 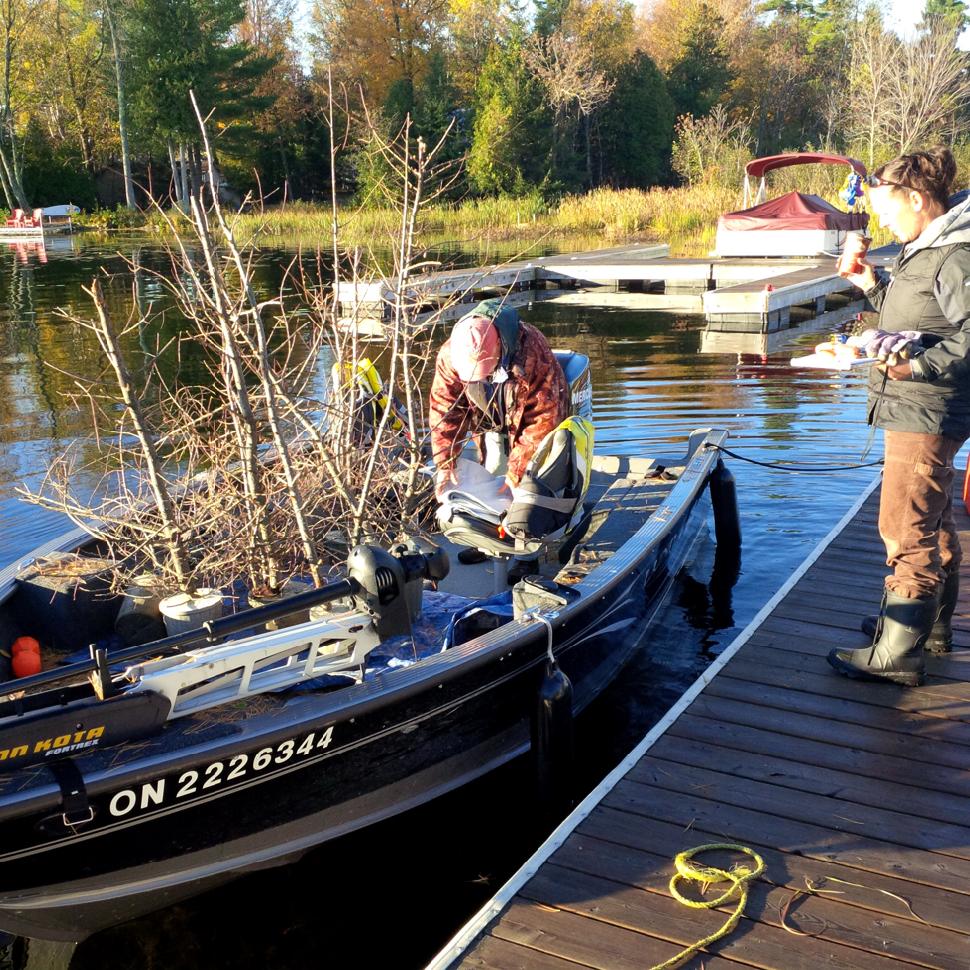 “The fishsticks play an hugely important ancillary role,” Robins says, “protecting the shoreline from wind and wave erosion, absorbing the  wave energy produced by wind and power boats and reducing sedimentation.  In addition, detritus collects and settles around the sticks on the bottom, providing the substrate required for native aquatic vegetation to establish itself and outcompete invasive species.  Plus, the wood complexes are an important food source for invertebrates, which feed the smaller fish that sustain the bass, waterfowl and shorebirds.

“And let’s not forget, too,” Robins noted, “that the wood provides cover from predators, so any number of aquatic critters can more successfully complete their life cycles.  At the same time, the wood provides the structure on which many species lay their eggs, and it creates a unique habitat edge along the shoreline, resulting in species diversity.  So the entire ecosystem benefits.”

I’ve been involved in several spawning enhancements projects over the years, but this was the first time I’d heard about the importance of installing offshore wood cover.  So I was fascinated to get Robin’s take on the situation.

“Otty’s a bit of a schizophrenic system,” he chuckled. “About half the lake is typical mesotrophic, while the other half resembles a traditional shield lake.  In both sections, I’ve noticed over the years that the only “cover” available for post spawn female smallmouth in deeper water is the odd boulder or mini-hump.  Some of the humps are smaller than the average bass boat.

“We chose to drop tree clusters in some of these drop-back zones to provide feeding stations for the hungry post spawn females.  Over time, panfish, minnows, crawfish and other edible crustacean snacks are going to make these locations home.  And remember, Otty Lake also has largemouth bass in it.  Not too many green bass hang out in these deeper depths, but the ones that do are often “tanks”.  Last summer, for instance,  on a scorching hot day, I boated my second 6-pound largemouth and she was in 22 feet of water.”

Usually, only a year into a long term habitat project, it is difficult to assess its success.  Not so in this case, however, as bass are already swarming to use the spawning sites Robins, Lamoureux and their team of enthusiastic volunteers have created.

And get this – it represents the single largest smallmouth bass spawning habitat enhancement project ever undertaken in Eastern Ontario and yet the total cost of the materials they used to enhance was a piddling $2,240.  That is less than they spill at most political cocktail parties.

So, take your hats off to Wally Robins, Jennifer Lamoureux and the super volunteers who gave freely of their time to enhance the Otty Lake bass population.  For you’ve proved once again, folks, that a small group of thoughtful, committed, citizens can, indeed, change the world.  And that it is the only thing that ever has.