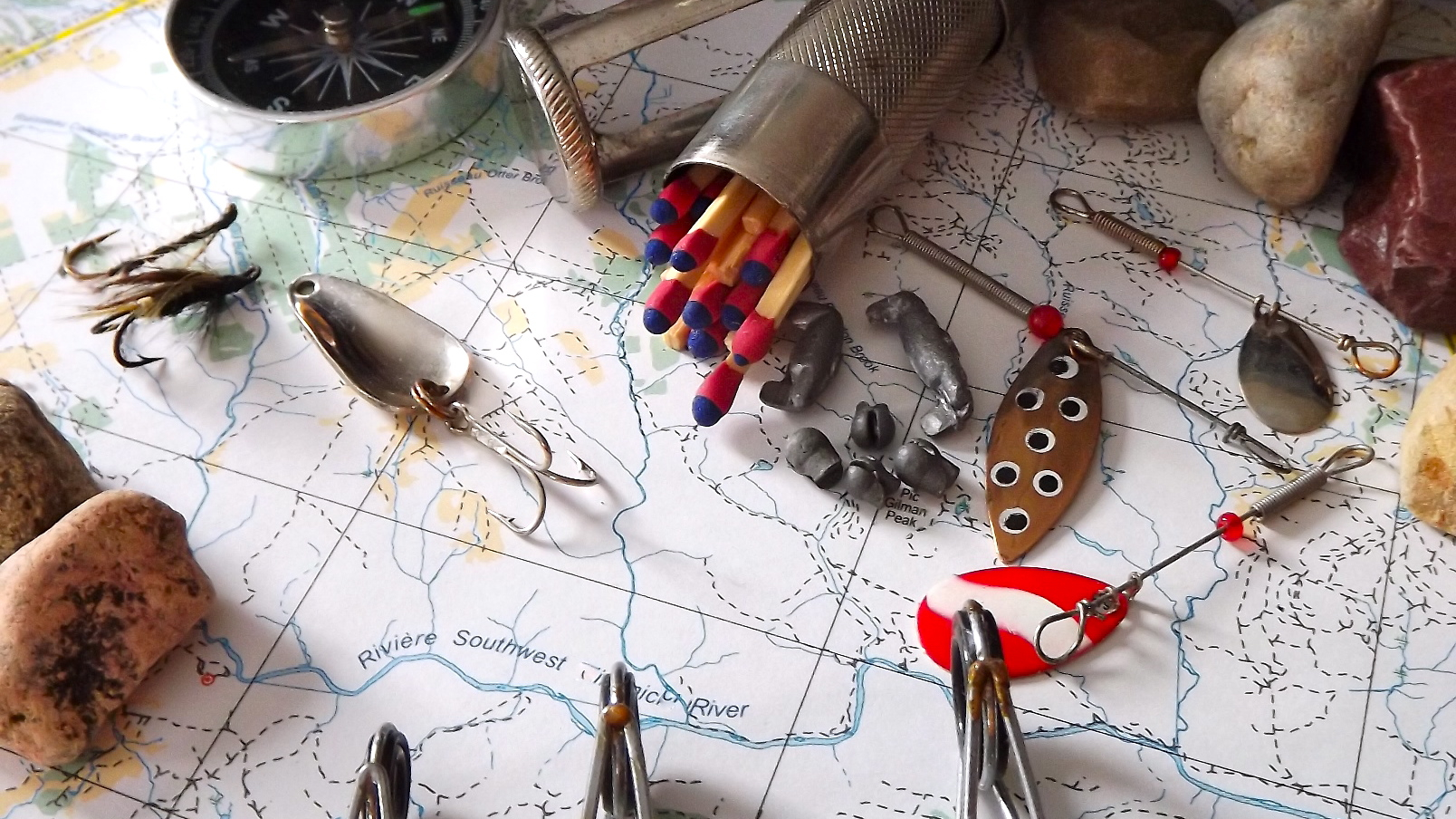 How to find, explore and fish secret brook trout creeks

Since first light, I’d been walking a lot and fishing a little along a tributary of New Brunswick’s Saint John River. Around mid-morning, I dug out a snack and sat watching the water. At my feet, a logjam on a bend in the creek looked promising, so when I was finished eating, I flipped out a small silver spinner. Two brook trout obliged with good strikes. They weren’t record fish, but memorable for the time and place.

Light line and slim rods make for an exciting test of skill on narrow waters. So does scrambling through alders, and poking your rod through openings in the brush to reach trout-filled pools. This is rough-and-tumble fishing, to me reminiscent of the early days of my fishing career. And as the forest comes back to life from its winter sleep, searching a tiny, twisting brook for finny foes also makes for the perfect spring tonic.

If there’s one secret to fishing small tributaries, it’s pre-season scouting. Start by poring over topographical maps, looking for promising features that could hold fish. Also look for road systems to access fishy-looking areas. Either paper maps or online resources such as Google Earth will work, provided the map gives a clear picture of the terrain.

After you’ve settled on a promising lake or river, carefully examine all the side tributaries feeding into it. Note the direction in which they’re flowing, they’re length and how they turn and bend. Many small waters run fast in the spring, with plenty of sharp bends where logjams create brookie-holding pools. Later, when you’re actually on the stream, keep an eye out for springtime beaver dams, which can appear almost overnight and create new pools.

On your map, also make note of elevation drops (above), and any additional branches stemming off of the tributaries. And don’t discount a small brook that seems to end abruptly or splinter into several smaller trickles—these can be deceiving. Maps are often a little too abrupt in how they display small brooks, so some productive water may not even appear.

Once you have a fairly clear picture of your destination, it’s time to gear up and go in. Equipping yourself for this type of a campaign is very simple. Expect to do plenty of walking, so leave the waders behind. Tributary brooks are shallow, typically not more than a half-metre deep, so good knee-high rubber boots will suffice. Springtime water is cold and fast, but by the time trout season arrives, most are free of ice and below the peak levels of the spring freshet.

Pull on thick, warm socks and add insoles to your boots for added comfort. Other than that, a long-sleeved shirt, heavy trousers and a short-brimmed hat are all you need to wear on warm spring days. Remember, you’ll be doing a lot of walking, so don’t overdress.

In a comfortable backpack, bring along snacks, a drink and insect repellent, but leave the bulky fishing vest behind. Keep it basic and bring minimal tackle so you can enjoy the spring surroundings as much as the fishing. You might even discover a patch of fiddleheads to go with your fresh catch.

A stream that’s no wider than a couple of hockey stick lengths can be challenging for anglers used to open rivers, with plenty of unobstructed casting in every direction. Tackle for this kind of sport harkens back to boyhood fishing trips. No mighty two-handed fly rods or saucer-sized reels here, please. A compact rod with an ultralight spinning reel full of four-pound monofilament will do the trick for the lure or bait fisherman.

Long ago, experience (and broken rods) quickly taught me to resurrect an old 1970s-era telescoping rod. Don’t forget, you’ll sometimes be walking a fair distance through thick foliage, so a collapsible rod eliminates the chance of a busted tip, or worse. Fly rods also need to be slim and matched to micro-reels spooled with light line.

Small creeks can be noisy with rushing water during the spring run-off, so select lures with plenty of bright colours and some spinning action to attract the trout. A silver inline spinner or spoon with a bit of real or artificial worm on the hook works well at enticing fish that have spent the winter under the ice. Feeder streams are small, so don’t drop in a Buick-sized bait that makes a big splash. Be subtle. For flies, big showy patterns don’t cut it here, so bring a wallet of midges.

Fishing small creeks is less about casting, and more about simply getting your offering to the right spot. Many times, for example, I’ll flip out the lure or fly rather then risk a full cast under the overhanging branches. Be gentle and cautious on your retrieve—think enticing rather than intruding. It’s close work, but get ready for aggressive strikes from wild brookies looking for a fight.

You wouldn’t think a person could get lost following a small brook, but it happens. With that in mind, always carry a small emergency kit in your backpack, complete with matches and a lighter. Also bring a compass and a good folding knife—both can be life savers. A map and a charged cell phone weigh little, so bring them, too. Be sure to tell someone where you’re going and when you’ll be back before heading out. If you do get turned around and night sets in, stop walking, build a fire and wait it out. A night beside a warm fire is much more sensible then staggering around in the dark.