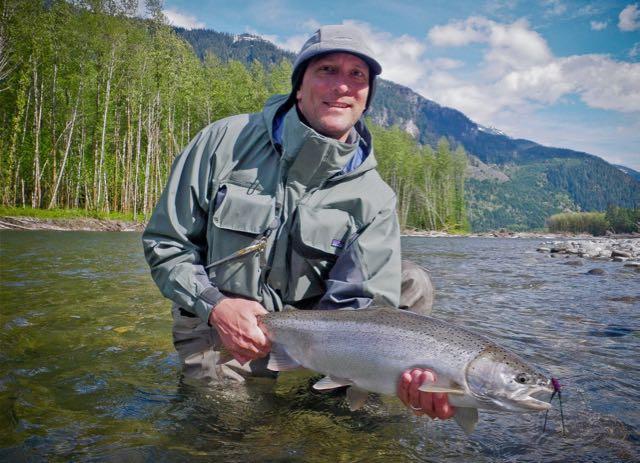 How to find more time for fly fishing

It was about 8 o’clock on a fine June night, and my old Pfleuger Medalist fly reel groaned in distress as I watched my entire five-weight line, followed by 40 feet of backing, head for the far side of the pond. After 15 long minutes, I’d cranked back most of the line, and my catch, a 30-inch carp, finally surfaced.

Only then did I notice the growing crowd of curious onlookers—sweating joggers, couples pushing strollers, kids with frisbees—had swelled to about 20 people. Apparently, the sight of a fly fisherman landing a toddler-sized carp in downtown Toronto’s Grenadier Pond was quite a novelty.

More so than other anglers, fly folk often won’t string up a rod unless the setting is appropriately bucolic, and an urban pond typically won’t cut it. What a shame. Sure, there’s nothing better than a trip to hallowed headwaters, but if you hold out for perfection, an entire season can pass by with you barely lifting your fly rod. With a little preparation and the right attitude, however, you can find plenty of time for wetting a line—and having fun—close to home.

Almost anywhere you live in this country, there are nearby rivers, lakes, ponds, creeks or canals you probably pass every day without even noticing, and they all have fish. They might not be brook trout, but warm-water species such as bass, sunfish, pike, suckers, sheepshead and carp are also legitimate fly rod targets.

Such offbeat fisheries are all about the joy of exploration and the unexpected. One summer evening while casting an olive Woolly Bugger in a hydro pond, for example, I hauled out a football-sized quillback sucker—the first and only one I’ve ever seen. Overlooked water close to home also tends to get less pressure than prime destinations, especially from fly anglers.

Fishing the seams is a classic river tactic where you target the border between faster and slower water. Likewise when planning mini-outings, look for the seams in your day when you’ve got a few hours before or after work, at lunch or during your kid’s baseball practice. If you don’t have to travel far, two hours is plenty of time to fish.

Also, try taking your tackle to work and heading straight to the water after knocking off. This saves time and, just as importantly, keeps you away from the seductive pull of the couch and TV.

For short trips, borrow an idea from disaster preppers and have a “go-bag” of tackle packed and ready. In it, carry only the items you’ll realistically need, such as forceps and nippers, some splitshot, a spool of leader material, a water bottle and—I know this is hard, but it can be done—a single fly box.

Warm-water fish are rarely fussy about patterns. Instead, the key is presenting an appropriately sized, edible-looking fly at the right depth and speed. Bass and sunfish will take flies on the drift, but most of the time you’ll animate the fly with your retrieve. Finding just the right retrieve is a matter of trial and error.

Tight quarters are also a fact of intown fishing, so expect to do a lot of roll casting. The good news is that poor form won’t handicap your efforts. On the other hand, you can also consider time on your local pond as a chance to perfect your style or work out some kinks.

The trick is opening your mind to the possibilities around you, and making the most of the time and the water you have. When I’m catching sunfish in an urban drainage pond, I never sigh and wish I were on the Miramichi. No, I’m just glad to be out of the house—and enjoying the summer.