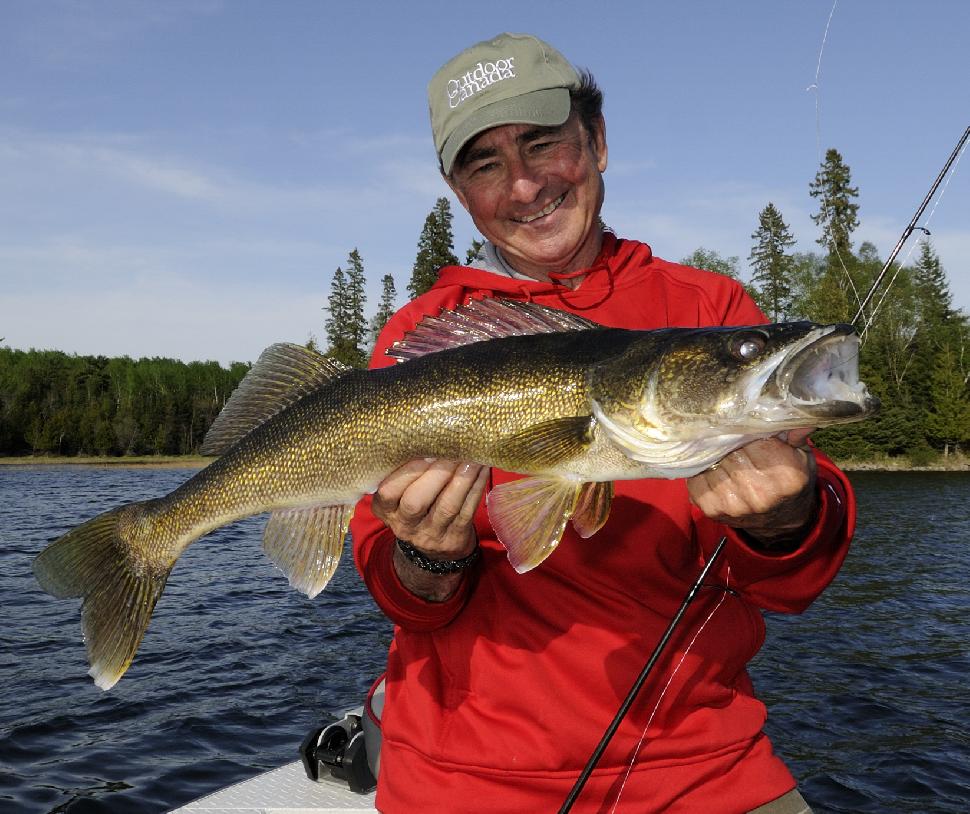 How to fire up a school – or put them to sleep

If you  follow the tournament fishing scene you’ve heard anglers talk about the importance of being able to “fire up a school” of fish.  It is especially in vogue right now as we enter the summer period and fish start moving out to deeper water, where they typically bunch up on off shore humps, shoals, ledges and structure.

Many times you’ll mark a pod of fish, drop a marker buoy or punch in a waypoint to isolate them but then fail to catch any.  It is especially true if you only try one presentation and / or casting direction or angle.

It is also the reason you’ll typically spot six, eight, ten or more rods on the casting platform of most pros’ boats.  When they find a school of fish – be they bass, walleyes, crappies or anything else – they’ll run through a variety of baits and lures (including crankbaits, spoons and jigs) and casting positions until they can catch a fish.

And often catching just a single fish using the right bait from the right position is the enough to flip a switch and excite the entire school into feeding.  Indeed, when you finally dial in the perfect presentation (which includes casting position), you can often catch fish after fish after fish on consecutive casts.

What I’ve never experienced, however – until just last week – is how easy it is to turn off those same fish that you just got hot and bothered.

It all started, I have to admit, with a little bit of luck as I was actually fishing for smallmouth at the time, casting a five-inch, chartreuse coloured X-Zone Swammer pinned to the back of a 1/4-ounce Freedom Tackle Hydra jig head.  I pitched it out to the tip of a main lake point, started to reel it nonchalantly back to the boat and felt the unmistakable thump of a big fish.  But it didn’t attempt to jump, boring down to the bottom, and I could feel the unmistakable headshakes of a big walleye.  Turns out it was a beautifully conditioned, 26- to 28-inch ‘eye that looked to weigh about 7 pounds when I released it and watched it scoot back down to the bottom.

Fact of the matter is, I had inadvertently fired up a school to such an extent that several times my Swammer didn’t fall more than two or three inches into the water after the cast, before another big walleye rushed up, swirled and inhaled the bait.

I couldn’t tell you how many fish I caught on back-to-back casts, but it was enough to start me thinking about what would happen if I showed the walleyes something a little different.  Might I fire up the school even more?  Catch even bigger fish that had become “conditioned” to the perch coloured Swammer?

The result was profound and immediate.  As soon as I just slightly changed the colour of the swimbait the fish stopped biting instantaneously.

Indeed, it was shocking.

I was using the same rod, same reel, same line, same jig head, same soft plastic bait, same casting angle – same everything – save one minor colour change of the bait, and suddenly, I could not buy a bite!  It was as though I had turned off the light as quickly as I had turned it on.  The walleyes were that dialled into that one specific hue and that hue only – which obvioulsy was matching to a “T” the small yellow perch on which they were gorging and coughing up when I landed them.

The difference seems subtle, but the walleyes were keyed in on the Swammer to the right and ignored the other two hues. Compare it to the perch above

It made me realize that if I had been coming along, fishing for smallmouths with some other bait tied on – or colour – I would not have caught the original big walleye, would not have fired up the school and would never have known there were so many big fish so close by.

Ditto, when I ran through a gamut of other coloured Swammers.  And it wasn’t that the action slowed down – it was absolutely non-existent.  I felt no bumps, no short strikes, no nudges – no nothing.

So, I did what any sane angler would do to complete the experiment.  I threaded the hot colour Swammer back onto my jig and pitched it out.  And the very first cast – I kid you not – I felt a big walleye smack the bait.  I set the hook, fought the fish and then landed the biggest fish that I caught from the spot.

Is that insane or what!

But the rekindling wasn’t entirely immediate.  I actually had to make a dozen or so casts between fish, before I finally got the school wound back up to the point where they were waiting for me to make another cast with the hot “flavour of the day”.

Now, I’ve long preached that the colour of your lure is never the most important consideration when you’re choosing a bait to throw.  Depth control, speed control, the size, profile and vibration of your lure are all much more important parameters.

But, when you get those critical elements dialled in – as I had done by total accident – then the colour of your lure becomes a hugely important “fine tuning” detail that you can use to fire up a school.

Or put them back to sleep again.