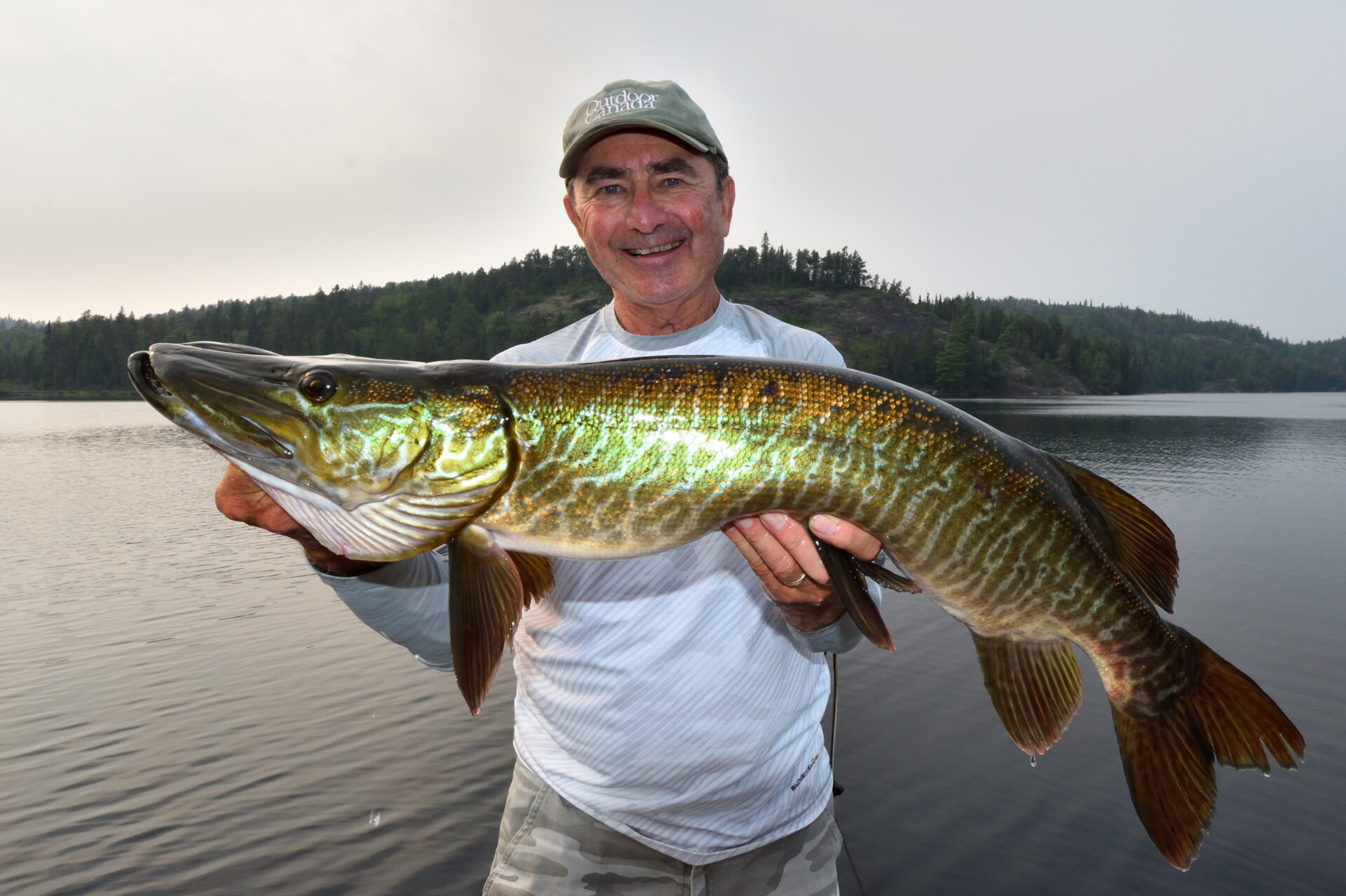 How to identify the rare and beautiful tiger muskie

Tiger Muskies Are Rarely As They Appear

This elusive and beautiful fish is full of surprises

Muskies seems to stir the juices of anglers more than almost any other fish species. And tiger muskies come with an even greater mystique, as I’ve learned the last couple of years after posting social media images of fish that I’ve caught. The most recent one was a week ago, when I landed a nice fish that appeared to be a hybrid cross between a muskellunge and a northern pike. As soon as I posted the image, my notification bells started ringing and they haven’t stopped. Seems we’re fascinated by this beautiful fish, and more than a few of us harbour a desire to catch one.

But, most of us also have great difficulty distinguishing between the hybrid tiger and its muskie parent—myself included—because we look at and base our judgment solely on the colouration and/or pattern of the fish. Yet this is the least definitive of many factors. The truth of the matter is, I wanted the fish I caught last week to be a tiger, but I also had a nagging suspicion that it wasn’t. So I turned to the expert: good friend and former OMNR colleague Dr. John Casselman, who is a professor emeritus at Queen’s University these days after a distinguished career heading up Ontario’s Aquatic Research section.

John is also renowned for his decades-long muskie “Cleithrum Project” and for a paper he co-authored with the late Dr. Ed Crossman, Head of Ichthyology at the Royal Ontario Museum. It’s a brilliant piece of research that examines in great detail the external morphology of the different esocid species, the dissimilarities in their teeth, scale patterns and mandibular pores.  They even electrophoretically compared 18 enzyme systems in the fish so they could determine precisely whether it was a muskie, northern pike or tiger hybrid.  You can read the full report by clicking on THIS LINK , but let’s cut to the case and see what John had to say about my recent catch: Is this a muskie or a tiger? 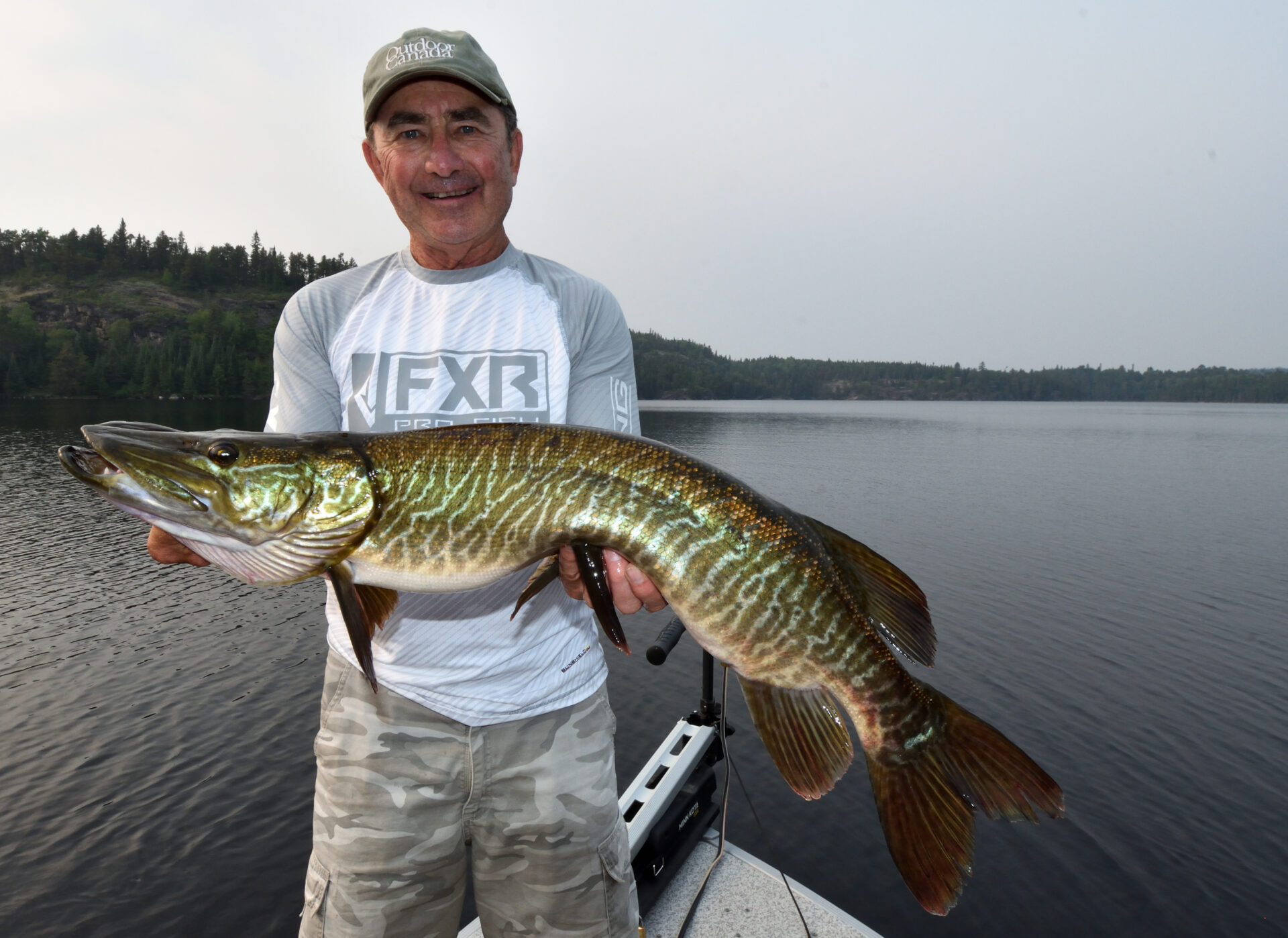 “I suspect by coloration that this is a beautiful “barred” muskellunge from northwestern Ontario,” John says.  “The rule of thumb involves total length of the fish and head length in relation to it. Hybrids, at least the F1, show prominent hybrid vigour in relation to bone growth. The hybrids have relatively bigger heads.

“Normally pike and muskellunge have a relative head length of about one-quarter (25 per cent) of total body length. But the head of the hybrids approaches 30 per cent of body length. I’ve found this to be a fairly robust rule. Figure 2 in the 1986 identification paper we did shows some good examples of muskellunge, pike, and a hybrid of very much the same size. The hybrid normally has pointed lobes on the caudal much like muskellunge, and I always flippantly say that the hybrid colour pattern looks quite grotesque. It normally has more black spots in the barring, particularly on the cheek.

“Also, the tail of the hybrid looks larger, probably related to fin-ray growth. These are also bony elements. There are a lot of other morphological characteristics, but they require sacrificing the fish, and who would do that unless you were starving. I don’t know the total length of the fish in the picture you provided, but it looks possibly similar in length to that Figure 2 fish I referred to above. If you have the total length and the head length, I’d be interested in the estimate of the percent. For the hybrid, it has to be within a few percent of 30-percent. And I’ve seen pike and muskellunge usually within a few per cent of 25 per cent.”

Here is the Figure 2 example of the tiger muskie that John refers to and if you compare it to my recent catch above, there is no black barring at all on the cheek of my fish nor any black spots in the barring along the flank.

So, it turns out that my fish is a barred muskie—a beautiful specimen, for sure—but alas, not a hybrid.  I guess that means I’ll just have to keep on trying to catch that elusive Tony The Tiger.