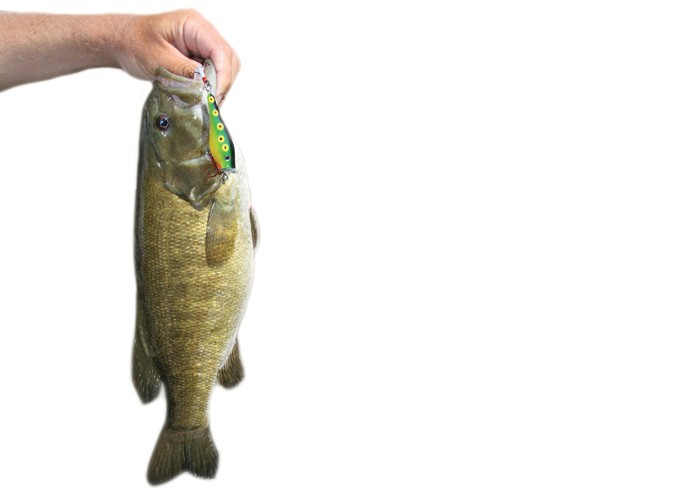 How to land a big bag of bass

In September 2009 on Ontario’s Lake St. Francis, Charles Sim and Nigel Touhey became Canada’s first bass tournament anglers to weigh in a five-fish bag topping 30 pounds. We asked the duo to share some of their hard-won wisdom on what it took to break the record.

Timing: The time of day comes into play quite often, Sim says, with late morning being the most productive. As well, Touhey stresses the importance of changing presentations as needed as the day progresses. If you’ve been hitting bass with topwaters in the morning, for example, but the bite stops in the afternoon, it might mean the fish have gone for cover and you need to try a different tactic. On the day Sim and Touhey broke the record, they had a short, intense period of action from about 8:30 to 10:30 a.m. and landed eight fish—the best five of which totalled 30.35 pounds.

Lures: While Sim relies on a handful of key baits, he has changed his go-to bait over time. For the past few years, for example, he’s been drop-shotting, but he recently rediscovered the “mighty” tube jig. On the day of the tournament, in fact, the duo’s rods were rigged with jerkbaits, tube jigs and drop-shot rigs with Berkley Gulp! Minnows and Leeches. Bass on Lake St. Francis feed heavily on gobies and crawfish, so the pair had most of their success on tubes and other baits dragged through the sand, says Touhey.

Weather: Always watch the weather—and how the fish react to it. Sim prefers sunny days because they make the fish set up in predictable ways. Largemouth, for example, will go under cover and be easy to target by flipping and pitching a Berkley Sink Worm or a jig, he says. On cloudy, drizzly days when the bass often move around more, Sim goes to a lure such as a jerkbait or spinnerbait that will cover a lot of water. Touhey says all kinds of weather have the potential to produce great days of bass fishing if the angler has the experience and confidence to adjust to the conditions.

Knowledge: There’s no replacement for experience, Sim says, noting the more time you spend on the water, the better equipped you’ll be to deal with new situations. Touhey agrees, saying you become better at figuring out patterns that work under various weather conditions. As well, spending more time in the boat allows you to experiment with a wider variety of techniques and presentations, he says.

Attitude: Never think you’ve learned it all, Sim says, or you’ll never improve. Instead, you’ve got to think like a winner and fish with everything you’ve got, always looking to learn something new. Even if the day’s not going well, he says, you have to give 100 per cent right down to the last minute. You must believe you can go out there and figure out the fish, Touhey adds, or you’re most likely not going to do it. Having confidence in yourself, your lures and your tackle is paramount to a successful day on the water.